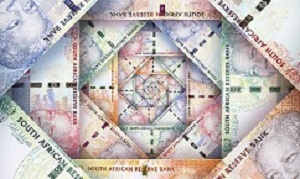 A "near exponential" increase in medical negligence claims against the state has left provincial health departments with R80.4bn in contingent liabilities, equivalent to more than 40% of total budgets for next year, Treasury data shows. Teams of outside experts to help manage, negotiate and prepare for the defence of 14,000 outstanding cases start work in February.

Business Day reports that the data reveals. South Africa’s nine provincial health departments saw their medico-legal contingent liabilities increase by 33% year-on-year in 2017-18, to reach a level almost triple that of the 2014-15 financial year. Should all the 2017-18 claims be successful, the cost would equal 41% of their total budgets of R196bn for the next year, according to the Treasury.

“The provincial pay-outs are increasingly putting pressure on the budgets of provincial health departments, as funds have to be shifted away from service provision in order to pay the claims. What is particularly concerning is the rate at which the claims are increasing,” the report quotes Treasury as saying.

The report says the hardest-hit provinces were Eastern Cape, Gauteng and KwaZulu-Natal, which accounted for more than three quarters of all the medical negligence claims against the state in 2017-18. The Eastern Cape saw a massive R8.4bn spike in claims, taking its total to R24.17bn; claims in Gauteng rose by R3.83bn to R21.7bn; and in KwaZulu-Natal claims jumped R3.25bn to R16.64bn.

The Treasury said the “near exponential” increase in claims and pay-outs was out of kilter with trends in South Africa’s healthcare quality and outcomes, and was being driven by a host of factors, ranging from increasingly litigious behaviour by law firms to poor record keeping and limited legal capacity within provincial health departments to defend themselves against claimants.

Health minister Aaron Motsoaledi conceded that many of the medical claims against the state were legitimate, but said provincial health departments had also seen a surge in claims for injuries sustained decades ago, fraudulent claims, and increased litigation by lawyers who had shifted their attention away from the technically insolvent Road Accident Fund to medical negligence matters.

“We wish to rebut the narrative that negligence by health institutions, malpractice by individual practitioners (both public and private) and adverse events are necessarily more on the increase than they were in the past,” the minister is quoted in the report as saying.

“Many cases that have happened over a period of 20 years or more and were not acted upon, are now being dug out by litigants and being brought forward for a claim. We are aware that there are teams of people moving around the country looking for such old cases. We are not saying that this is an illegal practice, or the old claims are illegitimate. We are just providing reasons why the quantum of claims has jumped so high in the short space of time,” he said.

The increasing medical negligence claims have dire implications for the health-care system, said Motsoaledi. “It is a trend that needs to be stopped or at worst be slowed down.”

According to the report, he said the government was tackling the problem on several fronts, including legal reforms that propose scrapping the current system of lump-sum settlements for successful medical negligence claimants, and replacing it with a pay-as-you-go system of much smaller, staggered payments. These measures are contained in the State Liability Amendment Bill, currently before Parliament.

Motsoaledi said the medical fraternity needed to reflect on how to minimise mistakes, while provincial health departments needed to improve their record-keeping and legal capacity.

Business Day reports, meanwhile, that the national Health Department has taken nearly a year to set up teams of experts to help provincial health departments manage soaring claims for medical negligence that are placing increasing strain on provincial budgets.

The report says provincial health departments desperately need help to deal with their caseload: they face a backlog of 14,000 medical negligence claims, according to a written response health minister Aaron Motsoaledi gave to questions posed by the Democratic Alliance’s (DA’s) Willem Faber in the National Council of Provinces.

The report says in its response to queries, the Treasury said one of the measures taken by the government to tackle the problem was to allocate R30m to the national Health Department’s budget over the three-year medium-term expenditure framework to set up expert teams to support the provinces. These teams would help provinces manage, negotiate and prepare for the defence of cases in court, the Treasury said. However, these teams have yet to start work.

Health Department spokesperson, Popo Maja is quoted in the report as saying the tender specifications for the teams were changed, and the tender had to be advertised again, causing delays. Altogether 52 bids were received, and five companies were pre-selected.

“It is important to understand the type of teams we are looking for. These will be multi-sectoral teams that will include clinicians, lawyers, researchers, investigators, analysts and mediators, as well as IT system specialists. The preselected companies were evaluated last week and those that have been found to be suitable will start work in February 2019,” he said.

The report says the expert teams are just one aspect of the government’s attempts to rein in medical-negligence claims. Some provinces, including Mpumalanga, had contracted professional teams to help attorneys representing the state determine whether to mediate or litigate, according to the Treasury.

The government also proposes legal reforms, set out in the State Liability Amendment Bill, replacing lump-sum settlements with smaller, scheduled payments. The Treasury said the Bill was one aspect of possible legal reform.

“Potentially the most important legal reform in the longer term might be to introduce some form of mandatory mediation or arbitration before going to court or to an alternative administrative review,” the report quotes the Treasury as saying.

“There is also a strong case for standardising compensation amounts, instead of the courts determining compensation on a case-by-case basis. This is likely to be more equitable and transparent,” it said.