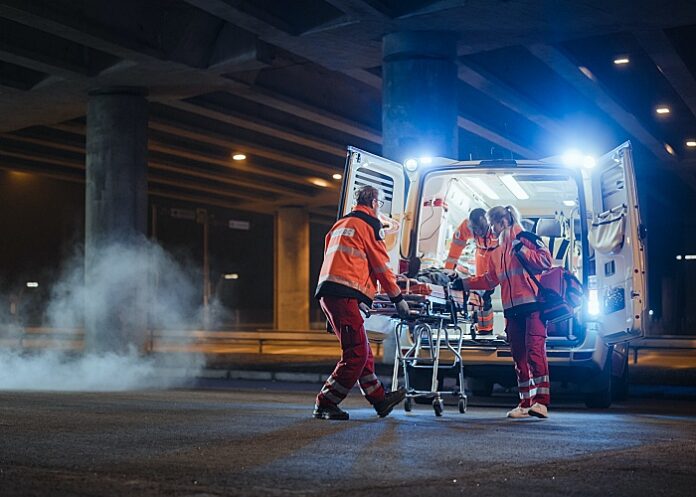 This article has been updated with comment from the RAF

Medical professionals contracted to provide expert opinions in Road Accident Fund (RAF) court hearings, have asked Acting Chief Justice Raymond Zondo to withdraw those not yet used, in retaliation for RAF failures to pay, as well as “penalties” levied by the RAF to reduce the amounts owed, reports MedicalBrief. This would mean that RAF cases could not progress until payments were made for opinions obtained.

A template-letter by individual experts sent to Acting Chief Justice Raymond Zondo informed him of the decision, with the the medical experts saying that they had been under the impression they were contracted by the RAF to deliver various services contracted for by the panel of attorneys formerly acting on behalf of the RAF. These included expert medico-legal services, such as consultations, injury assessments, expert witness reports, as well as attending expert witness meetings, preparing joint minutes of these, and presenting expert evidence in court.

This follows the RAF recently informing medical experts appointed by its former panel of attorneys that they had not been properly authorised to perform these services, which have been conducted since 2015, and would therefore not be paid.

The letter describes the stance taken by the RAF as feeling like “blatant theft” that the RAF and/or its panel attorneys instructed experts to render services, “but were devoid of legitimate process or intention to pay”.

“The panel attorneys had always been the instructing body to medical experts and acted as RAF representatives. The RAF failed its mandate when it neglected its simple duty to renew expert contracts timeously and then also terminated the panel attorneys who had committed to acting as the paying-middle-man while the RAF supposedly re-contracted the experts for direct payment.

Referring to RAF “delaying tactics and even denial of payment” that prejudice experts who delivered “honest and honourable services to the RAF” , they note that the medical experts “worked on good will and faith for the RAF, continuing to see the claimants that their former panel attorneys had instructed experts to do, to ensure that we act in the best interest of the claimant”.

“Without having been directly involved, the RAF cannot for sure know what the reasons were that the reports were submitted after what they perceived to have been the ‘due date’. The submission of reports is subject to factors that include but are not restricted to the receiving of all necessary documentation for the finalisation of the report.

“As a further attempt to cut their internal spend, they have targeted experts fees by implementing a 5% penalty fee per day that the report was submitted after date of assessment. This is inaccurate as experts submitted reports within the indicated time period only once all relevant documentation was received and not from date of assessment, which could take months or even years depending on other experts’ appointments thereby skewing the submission date.”

The experts write they had enough of “struggling for payments from the RAF” and that their work “may not and should not be used as evidence in any matter” in future, because it was “unauthorised and not paid for”. In effect, this means that RAF cases can no longer progress until these experts have been paid or until new medical expert opinions are obtained.

In a released statement, Mariëtte Minnie, director of MMB Made Easy, which handles medical accounts of medical-legal service providers, said that her company has a total outstanding value of R63.5m, with some accounts dating back as far as 2015. The biggest outstanding balance among her clients is R10.7m owed by the RAF to a single neurosurgeon.

As a result of ongoing non-payment, some experts have shut down their practices and sold their houses and cars, due to huge overdrafts and VAT owed to SARS, for opinions for which the RAF has not yet paid, according to the statement. “The RAF has stolen thousands of medico-legal reports from hundreds of experts, for which they do not intend to pay,” said Minnie.

Previously, medical experts had always been instructed by the panel attorneys, acting as RAF representatives. However, the RAF never renewed its expert contracts in time, according to the statement. “The RAF then terminated the services of the panel of attorneys, who had to obtain RAF authorisation for the experts but still asked experts to continue assessing claimants to avoid delays and send their reports directly to the RAF.”

“As medico-legal experts we simply acted upon the written instructions received from the former panel of attorneys, whom we had always reasonably accepted as representatives of the RAF”, the experts write. “Unfortunately, the Road Accident Fund has shown no inclination to cooperate and as a result, we have no other option but to seek assistance from higher authorities. Urgent intervention in all RAF matters should be prioritised by government.”

Minnie says that invoices for work done in previous years had been met with delaying tactics and even denial of payment. “The RAF now implements terms of the service level agreement with the experts to fine them with 5% for every day that their reports are submitted after the due date, although submission of reports is subject to factors, such as obtaining necessary documentation, to finalise the report.”

The RAF has also instituted steps to eradicate “irregular expenditure”, suggesting that experts assessed claimants and wrote reports without authorisation, although the RAF failed to implement adequate systems to instruct and remunerate them, says the statement.

Minnie comments, “The RAF is shambolic and has been unable to operate ethically or effectively since 2015. We will also be bringing this matter to the attention of the Minister of Transport, the Special Investigations Unit, the Public Protector, the National Prosecuting Authority and the National Treasury. New leadership is required to turn around the RAF.”

The experts ask that all Divisions of the High Courts of Eastern Cape, Free State, KwaZulu-Natal, Limpopo, Mpumalanga, Northern Cape, North West, Western Cape and Gauteng not use their reports “as evidence in any matter, currently on the Roll for hearing or still to be heard in the future, given that it was said to be unauthorised and given that it will not be paid for”.

Michael Bagraim, the Democratic Alliance’s Shadow Minster of Labour, says the “the medical profession has had years of maltreatment from the fund” and that these developments show that the RAF needs “a complete overhaul” and is “falling apart”.

“The dysfunctional RAF has indications that it is almost bankrupt. There seems to be corruption, theft and internal confusion. Some professionals have been waiting for years to be paid, and the legal profession has been fighting with it for more than a decade. What happened to the Compensation Fund under the Department of Labour is now repeating itself with the RAF.

“The administration is useless and staff, who don’t receive proper input or instructions, don’t seem to understand what is required from the medical professionals.”

MedicalBrief had been unable to get comment on the matter, with RAF phones ringing unanswered to scores of attempts. However, RAF CEO Collins Letsoala told the Cape Times that the approach to Zondo by the medical experts was part of “concerted effort” to distort the real dispute and that the RAF had “serious concern” about the letters.

“The RAF is further concerned about the involvement of honourable members of the judiciary in the communication relating to a deliberately mischaracterised dispute between them and the RAF, which dispute may end up before the judiciary for adjudication.” He said that the medical experts “were never instructed” by the RAF directly.

Mkhize: NHI will be run with 'efficiency and integrity' of Road Accident Fund