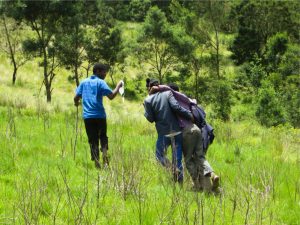 A Daily Dispatch report says Ramaphosa’s concern was revealed by Eastern Cape House of Traditional Leaders chair Mwelo Nonkonyana during the official launch of the winter initiation season in Emaxesibeni. Nonkonyana said Ramaphosa had demanded a comprehensive report detailing why boys continued to die in droves, despite the government pumping millions into trying to ensure there were no initiate deaths.

Nonkonyana said boys were being maimed and killed and scores ended up having penile amputations every year as a result of the rite. “The President is on our necks and needs answers now as to how we will change the situation. This has now become a national problem,” Nonkonyana said.

Sep 15th, 2021
Social media criticism of a University of Cape Town seminar on science and intersexuality has drawn an...
South Africa

Sep 15th, 2021
The Injured Workers’ Action Group (IWAG) has called for the immediate withdrawal of the “catastrophic”...
South Africa

Sep 15th, 2021
The overwhelming majority of South African doctors (92%) believe healthcare workers must be in an environment...