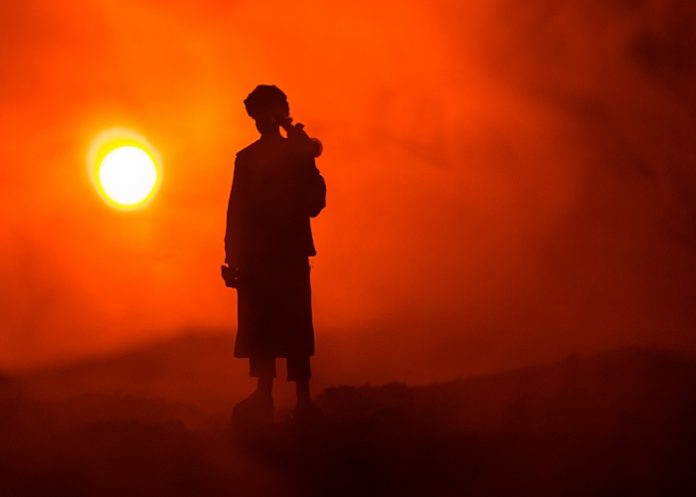 In the face of medical staff work unpaid, as well as critical shortages of medicine, fuel and food, the Taliban-appointed supervisor of small district hospital outside the Afghan capital has laid down the new regime’s priorities: to build a hospital mosque, segregate staff by gender, and encourage them to pray.

Associated Press reports that Mohammed Javid Ahmadi, 22, was asked by his Taliban superiors, fresh from the battlefields, what kind of jobs he could do. On offer were various positions in ministries and institutions now under the Taliban’s power since their August takeover and the collapse of the former government.

But it had been Ahmadi’s dream to be a doctor. He chose the health sector. Soon after, the Mirbacha Kot district hospital just outside Kabul became his responsibility.

It’s a job Ahmadi takes very seriously, but he and the other health workers in the 20-bed hospital rarely see eye-to-eye. Doctors are demanding overdue salary payments amid critical shortages of medicine, fuel and food. Yet Ahmadi’s first priority is to build a mosque inside the hospital quarters, segregate staff by gender and encourage them to pray. The rest will follow according to the will of God, he tells them.

The drama in Mirbacha Kot is playing out across Afghanistan’s health sector since the Taliban takeover. With power changing hands overnight, health workers have had to contend with a difficult adjustment. The problems that preceded the Taliban’s rise were exacerbated.

AP reports that the US froze Afghan assets in American accounts shortly after the takeover, in line with international sanctions, crippling Afghanistan’s banking sector. International monetary organisations that once funded 75% of state expenditures paused disbursements, precipitating an economic crisis in the aid-dependent nation.

Health is acutely affected. World Bank allocations funded 2,330 out of Afghanistan’s 3,800 medical facilities, including the salaries of health workers, said the Taliban’s Deputy Health Minister Abdulbari Umer. Wages had been unpaid for months before the government collapsed, adds AP.

“This is the biggest challenge for us. When we came here there was no money left,” said Umer. “There is no salary for staff, no food, no fuel for ambulances and other machines. There is no medicine for hospitals; we tried to find some from Qatar, Bahrain, Saudi Arabia, Pakistan, but it’s not enough.”

In Mirbacha Kot, doctors have not been paid in five months. Disheartened staff continue to attend to up to 400 patients a day, who come from the neighbouring six districts. Some have general complaints or a heart condition. Others bring sick babies.

Every morning, Ahmadi makes his rounds. The first order of the day is the registration book. Ahmadi wants every doctor to sign in and out. It’s a formality most health workers are too busy to remember, but neglecting it is enough to inspire Ahmadi’s ire.

Second, the mosque. Workers come to the hospital to take measurements for the project and Ahmadi gives them orders. “We are Muslims, and we have 32 staff and for them, we need a mosque,” he said.

There are many benefits, he added. Relatives can stay with sick patients overnight, sleeping in the mosque, as the hospital lacks extra beds especially during winter “And this is what is needed the most,” he said.

Dr Najla Quami looked on, bewildered. She, too, has not been paid in months and routinely complains of medicine shortages in the maternity ward. They have no pain medication for expectant mothers. The pharmacy is stocked only with analgesic and some antibiotics. Is this the time for a mosque? she asked.

But Ahmadi said it was the responsibility of non-governmental organisations to resume their aid programmes to finance these shortages. The money for the mosque will come from local donations.

His arrival ushered in other sweeping changes. Men and women were told to stay in separate wards. Female doctors are forbidden to go to the emergency room. Ahmadi ordered them to wear a head covering and focus on female patients.

Due to shortages, doctors advise patients to find medications elsewhere and return. Ibrahimi said Ahmadi often scrutinises her prescriptions. “He isn’t a doctor, we don’t know why he is here, we ask ourselves this all the time,” she said.

But Ahmadi is quick to allege deeply entrenched corruption in the hospital under the former hospital administrator, his predecessor from the former government.

He said he was aghast to uncover an entire warehouse full of medical equipment, furniture and other stolen goods to be sold in the market for personal profit. He could not offer proof that this was the intention of the previous administrator. He sees his job to meticulously ensure that never happens again, echoing the Taliban’s broader aims for the nation.

Doctors are routinely lambasted by angry patients, most of whom can’t afford to pay for the life-saving medicines. “All of them fight with us,” Ibrahimi said.

Night shift staff say there is no food. The power shuts off for hours in the day, with generator fuel quickly running out.

Quami holds a mobile phone for light as she checks on malnourished babies. “Every doctor here is in a deep depression,” she said.

Ahmadi, by contrast, said his dreams were finally coming true. Working in the hospital has afforded something life growing up poor never could: a medical education. He claims that in the past two months he has learned how to administer injections and prescribe basic pharmaceuticals. He said that’s part of the reason why he scrutinises Ibrahimi’s prescriptions.

“I know the names of the medicines needed for different conditions,” he said proudly. Recently, after a car accident, he was on the scene to provide an injection of painkillers, he added.

Shrines where the chained and padlocked mentally ill are 'cured'