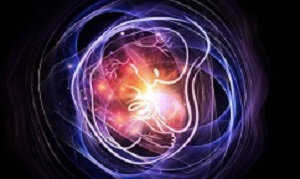 Couples who are obese, as well as those who smoke and drink alcohol, could be risking the health of their future children, reports The Guardian. In a series of three papers in leading medical journal The Lancet, experts call for far more awareness of the effects of modern lifestyles in the preconception period and on babies in the womb.

The scientific papers spell out the consequences of poor diet and lifestyles for the next generation. The authors urge schools, GPs and nurses to talk to young people and those who may be planning a family about how to be fitter and healthier before they embark on pregnancy.

What happens in the 'preconception' period can have a profound impact on the growth, development and long-term health of children, they say. Some of the interventions that exist to help pregnant women be healthier are taken up too late. Folic acid helps prevent neural defects, but most women do not start to take it until they have seen a GP to confirm their pregnancy, which can be after a month or two. The crucial time is in the early days and weeks.

Lead author Professor Judith Stephenson of University College London said in the report: “The key message is to act earlier, before conception. The idea that there are things you can do before the pregnancy that will affect the health of the baby is not always grasped.

“The general view of most women is, ‘Once I’m pregnant I will go and see the GP and things will get going from there.’”

But she said the scientists did not want to distress parents who might have been overweight when they had their children. “All the evidence points to early events being very influential in later life, but you are not doomed at that stage,” she said. “Things you do throughout childhood and adolescence also have a powerful influence on future health.”

The Guardian report says that The Lancet's global series of articles also highlights the risks of undernourished girls in the developing world having stunted babies with poor cognitive development. It is a very serious problem that needs to be better tackled, but obesity is now more widespread. “In many low, middle and high-income countries, up to 50% of women are overweight or obese when they become pregnant,” say the experts.

“In high-income countries, adolescents have the poorest diets of any age group … it is a crucial period for establishing long-term health risk.”

Obesity, they say, is associated with increased risk of most major adverse outcomes for pregnant women and their babies. It can make it hard to conceive and complicate pregnancy – women are at risk of high blood pressure, called pre-eclampsia, for instance. It increases the chances of birth defects, stillbirth, low-weight babies, unsuccessful breastfeeding and even the death of the mother.

The report says the issues are not just with the weight of the mother. Obesity in the father has been linked to impaired fertility and an increased risk of chronic disease in the child.

Couples are already advised to stop smoking and drinking when a woman is pregnant. Now they should be counselled about their nutrition and losing weight as well. One of the best opportunities to intervene is when a woman visits a nurse or a family planning clinic to have a contraceptive implant or coil removed. But GPs could also ask whether couples are considering having a family during any other routine visit.

There is a window of opportunity to get the healthy message across when couples are thinking of having a child, said Stephenson. “Couples are very motivated around this time,” she said. In one pilot study, a researcher suggested to obese women planning to get pregnant that they lose a lot of weight first. “Two-thirds gave it a go and a third completed it,” she said.

Couples need support, however. “It is usually not enough to simply educate or give advice, as knowing something is good for you is rarely sufficient to change behaviour,” says one of the papers.

The Royal College of Obstetricians and Gynaecologists said it was very concerned that 96% of women of reproductive age had low levels of iron and folic acid. “This is yet another piece of evidence adding to the overwhelming need for the government to add folic acid to flour,” said Professor Janice Rymer, vice-president. “This simple measure will reach women most at risk in our society who have poor dietary and socio-economic status, as well as those women who may not have planned their pregnancy.”

The report says the college also supported the call for education about health and fitness prior to having children. “Education from an early age – ideally from adolescence – about the need to maintain a healthy diet and weight will not only improve the health of individuals, but also the health and quality of life of future generations,” Rymer said.

Summary
Health and nutrition of both men and women before conception is important not only for pregnancy outcomes but also for the lifelong health of their children and even the next generation. The preconception period can be seen in three different ways: from a biological standpoint as the days and weeks before embryo development; from the individual perspective as the time of wanting to conceive; and through a population lens as any time a women is of childbearing age. This Series of three papers highlights the importance and summarises the evidence of preconception health for future health and suggests context-specific interventions. It also calls for a social movement to achieve political engagement for health in this particular phase in life.

Before the beginning: nutrition and lifestyle in the preconception period and its importance for future health

Origins of lifetime health around the time of conception: causes and consequences

Intervention strategies to improve nutrition and health behaviours before conception

Groundbreaking UCT study upends theory on how TB is spread