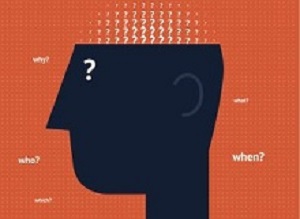 Government is pushing through a revised National Health Insurance (NHI) Bill, which is leaving analysts and medical professionals with more questions than answers – with others expecting the worst, says a Business Tech report.

The Bill has been passed by cabinet and will be tabled before parliament, with Health Minister Dr Zweli Mkhize saying that the days of debating whether it will be implemented or not are now over. But, the report says, as government hastily moves to implement its universal healthcare plan, much remains unknown. Most glaringly, the minister could provide no clarity on how the NHI would be funded, with the health department previously admitting that much of the forecast costs were down to guesswork.

Adding further uncertainty is the state of the NHI pilot projects which ran between 2013 and 2017. The report says an evaluation report was compiled, but has not yet been released to the public.

According to the Free Market Foundation (FMF), these gaps in information about the NHI, along with a slew of other problems, indicate that the government’s universal healthcare plans are heading for disaster.

The report says five of the biggest issues with the NHI include: The NHI fund – another massive SOE risk; taxing the overtaxed; the downfall of private healthcare; people who use it, aren’t paying for it; and medical professionals will leave.

Taxpayers should be concerned about Mkhize’s announcement that the final National Health Insurance Act (NHI) will come into effect before March 2020, writes Natasha Venter, campaign official at AfriForum in a report on the Politicsweb site.

Venter writes: “The implementation of this law will in effect mean that the ruling ANC will have the power to decide what treatment you need, who should provide it and where you should receive it. It is also widely expected that it will result in a shocking tax increase.

“The NHI envisages a national, single-paying health system for South Africa that will dictate the service levels, price and scope of healthcare. According to Mkhize, in terms of the NHI, healthcare will be the same for everyone and healthcare workers will be available to provide services on an equal basis. If this intended equal level were of a high standard, the NHI might not have been so undesirable, but the level of public sector healthcare is so appalling that very few facilities will qualify to provide services in terms of the NHI. According to a report by the Health Standards Compliance Office, only five of 696 state hospitals and clinics that were surveyed in 2016-2017 complied with the Health Department’s norms and standards to achieve an 80% pass rate.

“According to the June 2017 NHI White Paper, this scheme will apply to the treatment of cardiology, dermatology, neurology, oncology, psychiatry, obstetrics, gynaecology, paediatrics, orthopaedics, and surgery – including organ transplants. This means that the ANC will be able decide who a woman’s gynaecologist should be, as well as where and by what method her baby should be born. At the primary healthcare level, the NHI will provide, among other things, sexual and reproductive healthcare, the rehabilitation of oral health, and mental health treatments.

“This can mean that the state will decide on your behalf what contraceptive you should use, whether your child needs orthodontics or not, as well as whether you really need to use antidepressants. Is this the type of power we want to put in the hands of the state? Especially in light of the distinction the current government is making between races? Furthermore, about 8,3% of the population will be obliged to fund the NHI for the benefit of the entire country. According to SARS, in the 2018 tax year there were only 4.8m registered taxpayers, while South Africa’s population figure (during this period) was 57.7m. When one considers the high levels of poverty, unemployment and this disproportionate small tax base, it is difficult to imagine how a government-funded system of “free healthcare for all” can work in South Africa. South Africans will be obliged to belong to the NHI system and taxpayers will be required to pay for it, even if they choose to make contributions to a private medical aid fund as well. All health revenue generated by the NHI will be paid into a central fund from which payments will be made.

“According to a study by AfriForum, the NHI can cost taxpayers up to R446.8bn a year (and not R30bn, as Mkhize argues). Yet, the health minister still cannot explain where this money will come from. His only vague answer is that the NHI is the solution to the current lack of funds in the health system. Considers that the health department received one of the worst audits of all the departments in the 2017/2011 financial year, however, it is clear how these deficits in the healthcare sector came about.

“For many poor people, the implementation of the NHI sounds like the answer to their current health problems (by implication, the dire conditions in state hospitals and clinics). By the time people realise that the NHI cannot live up to the health minister’s golden promises, however, the health system in South Africa, as we know it today, will already have been destroyed. This is why citizens should oppose this system with all their might and give civil organisations their mandate to protect free market principles.”

Meanwhile, Phumla Williams, the acting director-general at the Government Communication and Information System (GCIS), writes in an IoL report that the NHI aims to provide access to health services for everyone. Williams writes that up to 84% of the population receive services through public health facilities which are inadequately resourced, while only 16% have access to the private health-care system, which is highly resourced.

Williams writes: “More so, the unfortunate reality is that even those who are members of private medical aid schemes often find themselves in a quagmire as medical aid savings and benefits are exhausted before the end of the annual financial contribution cycle.
In redressing this anomaly, our National Development Plan (NDP) envisages a health-care system that works for everyone.

“It provides for several key elements aimed at putting programmes that will meet the constitutional mandate which instructs that the government provide health-care services to all South Africans, irrespective of their socio-economic background, and within the available resources.

“The implementation plan of the NHI, together with several key elements still to be put in place, will help reverse inequalities in health care inherited from the apartheid system. Before 1994, health services were racially segregated and black people were provided with an inferior public health service compared to that of their white counterparts.”

Williams writes in the report that there have, understandably, been many varying opinions about the proposed NHI, with some claiming that it will harm the private health-care sector.

Williams says: “It is therefore important to state that the NHI will create space for the private and public sectors to complement each other in serving the health needs of our people.”