SA can afford health coverage for all — UK expert 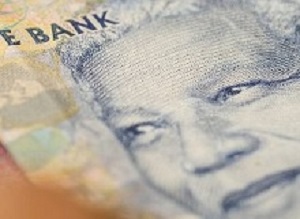 It is "patently false" that SA cannot afford the reforms contemplated in the NHI Bill, writes Robert Yates, head of the Centre of Global Health Security, in the UK, in the Mail & Guardian.

Yates, the head of the Centre on Global Health Security, Chatham House, London writes: “At the UN general assembly in September, all countries, including South Africa, reaffirmed their commitment to achieving universal health coverage by 2030. This is achieved when everybody accesses the health services they need without suffering financial hardship.”

He writes that as governments outlined their universal health coverage plans, it was noticeable that some had made much faster progress than others, with some middle-income countries outperforming wealthier nations. For example, whereas Thailand, Ecuador and Georgia (with national incomes similar to South Africa) are covering their entire populations, in the US, 30m people still lack health insurance and expensive health bills are the biggest cause of personal bankruptcy.

Yates writes that the key factor in financing universal health coverage is, therefore, not so much the level of financing but rather how the health sector is financed. He says you cannot cover everyone through private financing (including insurance) because the poor will be left behind. Instead, the state must step in to force wealthy and healthy members of society to subsidise services for the sick and the poor.

Yates writes that surprisingly, these reforms have been dubbed “controversial” by some commentators in the South African media, even though this is the standard route to universal health coverage as exhibited by countries across Europe, Asia, Australasia, Canada and much of Latin America.

He says in criticising the NHI, other stakeholders (often with a vested interest in preserving the status quo) have said that the government’s universal health coverage strategy is unaffordable because it will require higher levels of public financing for health.

But, Yates points out, evidence from across the world shows that this is patently false. South Africa already spends more than 8% of its national income on its health sector, which is very high for its income level.

He says there is enough overall funding in the South African health sector to take a giant step towards universal health coverage. The problem is that the current system is grossly inefficient and inequitable because more than half of these funds are spent through private insurance schemes that cover only 16% of the population – and often don’t cover even this population effectively.

Yates writes: “Were the bulk of these resources to be channelled through an efficient public financing system, evidence from around the world shows that the health sector would achieve better health outcomes, at lower cost. Health and income inequalities would fall, too.

“What countries celebrating their universal health coverage successes at the UN have shown is that it is cheaper to publicly finance health than leave it to the free market. This is because governments are more efficient and fairer purchasers of health services than individuals and employers.”