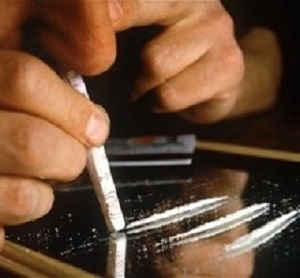 South Africa has taken a lead in the HIV response, but HIV won’t be overcome until the country faces some hard truths about drug abuse and its own prejudices, write Olusegun Obasanjo, a former president of Nigeria and Anand Grover the former UN special rapporteur on the right to health and both members of the Global Commission on Drug Policy in a Bhekisisa report.

They write: “The country defied private interests when, for example, it faced major pharmaceutical companies in court in 2001 in an attempt to offer the best access to treatment for its citizens. It went on to become one of the few countries in the region to commit to funding the bulk of its treatment programme nationally.

“South Africa has paved the way for evidence-based prevention, treatment and care. It became one of the few countries in the region to commit to funding the bulk of its treatment programme nationally. South Africa has also led in ensuring human rights are respected in its HIV response, developing community-based outreach programmes to diminish stigma and discrimination.

“But the world has changed a great deal since South Africa first began to tackle HIV in the early 2000s – and so too has the epidemic. By 2015, almost half of all people living with HIV were on treatment in South Africa, according to UNAIDS.

“But this is far from true for some of those most at risk of infection. For instance, we learned that less than a quarter of HIV-positive sex workers surveyed in Johannesburg were on antiretrovirals (ARVs), according to a 2014 health department study. The percentage of HIV-positive people who use drugs and are on ARVs may be even lower. Globally, UNAIDS reports that only 14% of people who use drugs and are living with the virus are on treatment. Locally, no such data exists.

“Scarce data shows that South Africa, like the rest of the world, is facing concentrated HIV and hepatitis epidemics among people who use drugs, both injecting or non-injecting. A small, five-city 2013 study by the UN Office on Drugs and Crime showed that 14% of people who inject drugs were living with HIV. Local organisations such as Pretoria’s StepUp Project say, based on anecdotal evidence, they believe there is an equally high prevalence of hepatitis C among people who use drugs.

“But where South Africa has succeeded in breaking taboos and adopting people-based policies to tackle HIV infection for the general population, it has failed to provide the same humane approach to people who use drugs.

“Criminalising the simple consumption and possession of drugs, particularly in the privacy of one’s own home, causes considerable harm – people’s privacy is violated and families are destroyed by subsequent arrests. And prisons become even more overcrowded. The ‘war on drugs’ diverts law enforcement efforts away from tackling the violent crimes that undermine the social fabric of certain communities and prevent effective development.

“The criminalisation of use and possession of drugs for personal consumption also fuels the HIV epidemic by pushing people who use drugs into hiding. They become unreachable and invisible, in effect preventing them preventing them de facto from accessing prevention, treatment and harm reduction services.

“People arrested for simply possessing a drug – an act that potentially harms no one – are then saddled with a criminal record that creates huge obstacles to employment and leading a balanced and productive life.

“It also makes little sense to use the criminal justice system for people who are physically or psychologically dependent on drugs. This is a medical condition that affects about 12% of people who use drugs, the UN Office on Drugs and Crime in its latest World Drug Report estimates. Drug dependence must be treated as a health concern, respecting the rights to which all citizens are equally entitled.

“These policy choices of criminalising people are based on moral prejudices and have not been grounded in the kind of evidence that has helped South Africa to turn the tide against HIV for many.

“Internationally, the South African government shows a progressive understanding of drugs policy. It supports the African Union’s common position to address illicit drugs in a more constructive manner, moving away from repression as a primary response and towards a human rights-based approach that encompasses harm reduction and treatment measures.

“At home, however, drug policy reform is still taboo. The government and the general population do not appear to understand the extent to which ill-designed and ill-implemented drug control policies can negatively affect society. This is with regard not only to the HIV response but also to equity in the criminal justice system, sustainable development and upholding the dignity of all citizens, starting with the most vulnerable.

“To address drug-related issues, we need to review policies. In practice, this means introducing a range of treatment and harm reduction options that can be accessed voluntarily, from rehabilitation programmes to measures aimed at minimising the harms associated with drug use, such as HIV, hepatitis infection and overdose. These treatments can include drug substitution therapies and even the medical distribution of heroin, which Switzerland initiated 25 years ago and is also practised in the Netherlands, Denmark, Canada and Germany.

“But only when the use and possession of drugs are decriminalised will harm reduction measures be most effective. And to the critics who argue that decriminalisation will promote drug use and violence, evidence from all over the world confirms the opposite.
In Portugal, the decriminalisation of drug use resulted in a 50% decrease in arrests and incarceration for drug offences, a fourfold decrease in opioid overdoses, and an 18% per capita decrease in social costs related to drugs, a study found.

“When people who use drugs face fewer health and security risks, because they are no longer driven underground but can use them in safe environments, society as a whole experiences lower public health costs and greater safety.

“Evidence from other African countries – Senegal, Kenya, Morocco, Tanzania, Burkina Faso and Mauritius – shows that harm reduction initiatives are effective in curbing HIV transmission among people who use drugs and reduce the risks associated not only with drug use but also those often far greater risks associated with the illicit drug trade.

“HIV has changed and so too has the international discourse on drug use. More countries are recognising that illicit drug use is a public health and social justice concern rather than a criminal one, and are considering decriminalisation and legal regulation as more effective responses.

“South Africa has led the world in HIV response, but the challenge will not fully be met until the country can chart the same gains in HIV prevention, treatment, support and care for its most vulnerable people, including people who use drugs, as it has for many others. The country has acknowledged in international arenas that any political agreement on drugs must address broader social and economic issues. Now it is time for South Africa to implement what it has rightly preached abroad.”