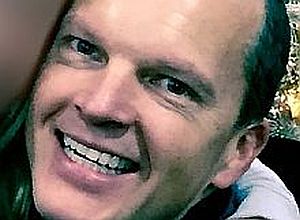 Dr Walter "Tokkie" Reynolds, 45-years-old, who emigrated to Canada in 2003 reportedly to escape high crime levels in South Africa, was last week killed at his clinic, allegedly by a patient wielding a hammer and a machete.

The Times reports that the 54-year-old suspect from Alberta has appeared in court charged with first-degree murder in Monday's death of Dr Walter Reynolds at a clinic in a town called Red Deer.

A friend of the family, Johan Myburgh, also a colleague of Reynolds, shared: “On a normal sunny Monday morning, 10 August, life changed forever for the Reynolds family. Walter tragically lost his life serving his community as a family doctor. An unimaginable, horrific act of violence took him away from his loving family. He was attacked in his office by a patient.

“His friends, colleagues and community mourn an exceptional human being lost too soon. We all are devastated and heartbroken.

The report says Myburgh has started a crowdfunding campaign for Reynolds' wife Anelia, to pay for travel expenses for close family from South Africa, as well as funeral expenses, and his daughters' education costs.

The medical fraternity in Canada paid tribute to the father of two, who had emigrated to the country with his wife in 2003.

The man told a judge he is ill and doesn't recall details about the attack. CBC reports that Deng Mabiour spoke to the court by telephone from his cell at the Red Deer Remand Centre, where he is being held in quarantine due to the pandemic. The court clerk read the charges and Judge W Albert Skinner asked Mabiour if he understood them. "I don't remember everything in detail," he said. "When I get healthy, I will remember everything."

Pressed by the judge, Mabiour said, "I didn't remember everything because I'm sick. I need a doctor." He then laughed.

The report says the matter was adjourned briefly to allow a defence lawyer to speak to Mabiour. When Mabiour was back on the phone, the judge told him, "You have to understand what you are charged with." Again, the man repeated that he didn't understand because he is sick. Skinner advised him to contact legal aid to obtain a lawyer before his next court appearance on 9 September.

The report says Reynolds was attacked with a hammer and a machete on Monday morning inside the Village Mall Walk-in Clinic. He died later in hospital. Mabiour, 54, was arrested at the scene and has been charged with first-degree murder, assault with a weapon and assaulting a police officer. He has no known criminal record.

RCMP have described the attack as targeted and premeditated.

The doctor is being remembered as a kind practitioner, a devoted dad and a jokester.
Reynolds was "the best colleague I ever had," Dr Edward Ohanjanians said. Ohanjanians said Reynolds was a founder of the Village Mall Walk-in Clinic where they both worked. Reynolds took care of all the clinic's shopping and scheduling.

Dr Peter Bouch, who works at another Red Deer clinic, said he and Reynolds were both part of a tight-knit community of doctors in the city who are originally from South Africa.
"He was always talking about his daughters," Bouch said. "He's always been very proud of his family and also proud of his medical practice and his patients." Bouch said he has been in Canada for 26 years, Reynolds for less than that.

On its website, the College of Physicians and Surgeons of Alberta lists Reynolds as being registered to work in the province starting in 2006. "Hearing about the loss of an Alberta physician under such shocking circumstances is devastating," the college's registrar, Dr Scott McLeod, said. "It's difficult to understand how or why such a tragedy could occur, especially in a care space and to someone who dedicated their life to helping others."

Ontario Medical Association (OMA) statement on the death of Dr Walter Reynolds: “This is a sad and sobering time for doctors in Ontario and across Canada as we learn about the brutal killing of a fellow physician. Dr Walter Reynolds, practising in Red Deer, Alberta, was killed while seeing patients in a walk-in medical clinic. Our hearts go out to Dr. Reynolds' wife and daughters and we join the many others whose thoughts and prayers are with his family, patients and colleagues.

“Doctors dedicate their lives to improving the health and well-being of their patients. Together with other health-care workers, they put themselves at risk every day to help others – especially now, as physicians and health-care workers around the world fight COVID-19.

“Reynolds' violent death is shocking and devastating. It reminds us of the dangers that health-care and other front-line workers face daily.

“The OMA strongly believes we all have a role to play in upholding and advocating for a safe society. We will continue to work with governments and other partners to protect physicians and all health-care workers. The OMA will also reach out to the Alberta Medical Association to offer our support to the Red Deer community.”