HomeA FocusSA homicides 7x global average, with sharp force the major cause of...
A FocusPolicy and Law

SA homicides 7x global average, with sharp force the major cause of death 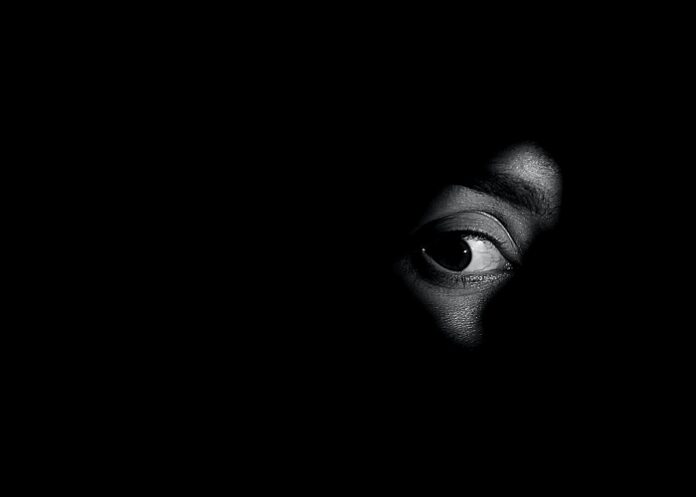 The Medical Research Council’s 2nd Injury Mortality Survey found that homicide in South Africa was seven times higher than the global average, accounting for most non-natural deaths, reports MedicalBrief. Male homicide was 6.6 times higher than female, but firearms — as Parliament controversially targets private gun ownership — accounted for just under a third of homicides.

The IMS analyses South Africa’s mortality levels and causes in 2017.

Overall, 32.2% of homicides were firearm-related. Strangulation deaths were higher in females (7.1%) than in males (1.0%). Concealed pregnancies/abandoned foetuses accounted for 1% of the homicides. Less than 1% of homicides were due to a legal intervention

The findings also indicate findings the “substantial impact” of alcohol on 2017 homicide and road traffic mortality, of which road deaths declined by a significant 29%.

The key findings, compared to 2009, was the overall decrease in the national all injury mortality rate, from 109 to 100.3 per 100,000 population. This was largely attributable to the decline in road traffic deaths.

The survey found that:

Homicide rates differed substantially by province, with higher rates recorded in the Eastern Cape, Western Cape and KwaZulu-Natal provinces, all with major urban centres. Even though KwaZulu-Natal ranks third highest for homicide, a substantial decrease in the mortality rate was noted, as for Gauteng, when compared to the findings of the 2009 IMS.

This was not so for the Western Cape however, where a substantial increase in the homicide rate since 2009 is largely attributable to the increase in fatal firearm violence. A previous study ascribed this increase to the illegal supply of guns by an ex-police officer and firearm dealer, to gangs in the Western Cape. Phase 2 of the 2017 IMS will explore the victim-perpetrator relationships and motive for homicides through follow-up investigation of police records.

The substantial road traffic mortality rate declines were observed for most provinces, except for KwaZulu-Natal and Limpopo, where only marginal reductions were noted. These two provinces have large rural areas, and previous sub-analysis of the 2009 IMS data found a significantly lower likelihood of transport deaths in metro (urban) compared to non-metro (rural) areas.

This could be due to factors such as quicker access to emergency care in urban areas, whereas rural roads tend to be more remote, leading to delayed emergency response times in the case of road traffic crashes. In addition, rural roads tend to have poorer road conditions and longer travel distances, which may lead to higher driver speeds and increased severity upon impact.

There are other rural provinces, however, where greater reductions in road traffic mortality were noted in this study, and the reasons for this should be investigated. The significant decrease in road traffic mortality represents promising progress towards achieving global road injury reduction targets (WHO, 2016), but the reasons are not well-understood. Determining whether it arises from a reduction in alcohol use and/or speed or improved road traffic law enforcement or any other intervention presents an interesting avenue for future research.

Temporal patterns were observed for both homicide and road traffic deaths, with deaths clustered on weekends and during holiday periods. These periods also coincided with higher proportions of alcohol-related deaths. A similar weekend pattern was observed for the 2009 IMS, but limited blood alcohol data for the deceased was available at the time and could not be reported on.

While there was a larger reduction for suicide as opposed to homicide for the two comparative surveys, suicide continue to be noted for children 14 years and younger with no substantial change. A provincial comparison between 2009 and 2017 showed the most notable decrease in overall suicide rates was for the largely rural provinces of the Northern Cape and North West. Previous analysis for deaths in 2009 found no significant differences in suicide for metro and non-metro areas nationally, but this could change when the most recent provincial findings are investigated.

The increase in other unintentional injury mortality rates in comparison to the 2009 IMS appears to be the result of an increase in surgical/medical procedures. The reason for this increase is not clear.

What can perhaps be deemed as a limitation of this study, is the large percentage increase in undetermined deaths, compared to the previous survey. More than half of undetermined deaths had no mechanism of injury specified. While it is likely that the manner of death could remain undetermined after the post-mortem process, specification of the likely mechanism or context surrounding the death, could improve the quality of mortality statistics.

Nevertheless, the survey estimates provide a very different cause profile for non-natural deaths compared to the Stats SA 2017 death notification report findings. Our findings were validated by alternative routine data from the police and road traffic authorities. However, the vastly different findings when compared to vital registration data for specified injury categories, points to the need to use mortuary data for decision making in the preventive response to injuries.

Unlike in 2009, there was no significant difference between our survey estimates and the routine data reported by the police and RTMC. Whether or not this is a singular occurrence or indicative of a more fundamental improvement in data collection methods will only be evident if similar findings are sustained across multiple surveys.

Either way, the broadly comparable estimates for these two important subcategories suggests that our survey data are also likely to provide more accurate mortality estimates for other injury causes such as suicide, and unintentional injuries such as falls, burns and drownings.

Our findings indicate the substantial impact of alcohol on homicide and road traffic mortality. The recent success in reducing trauma admissions to hospitals, through alcohol sales bans during the Covid-19 pandemic, has highlighted the influence of alcohol on trauma and the impact of reducing access to alcohol.

Routine monitoring of alcohol-related trauma in clinical settings, through the use of accurate and cost-effective alcohol diagnostics for testing, could inform government’s response to policy to reduce the injury burden. Another all-injury survey is planned to collect a representative sample of injury deaths for 2020, to assess the impact of restrictions including countrywide lockdowns, curfews, travel restrictions and alcohol sales bans on different injury types, including homicide and road traffic injury mortality.

There is also considerable interest in the incidence of suicide for South Africa during 2020. Internationally, suicide was reported to have decreased during the early months of the COVID-19 pandemic, despite earlier concerns. In the meantime, the results of the current 2017 survey provide useful data to inform forthcoming national burden of disease estimates and to stimulate the uptake of injury prevention policies and interventions to reduce the incidence of fatal injuries.

• Rates were highest in the Free State (FS), Limpopo (LP) & KZN and lowest in WC and Gauteng (GT)

• Nearly 60% of deaths occurred over weekends (Fri to Sun)

• Rates were highest in KZN and FS province

• Hanging was the leading mechanism for both sexes

• Approx. one-third of deaths related to suicide occurred on a Sunday & Monday

Rates were highest in WC and GT province

• Male deaths were 2.3 times higher than females • Nearly one-third of deaths occurred on a Saturday & Sunday

Homicides account for more than a third of injury deaths, with rates seven times the global average and no substantial decrease since 2009. Homicides decreased by 10%, but “with no change in the firearm homicide rate.

The study found that 140 people died in custody. “Of these, 37.7% were suicide, 27,1% were homicide, 16% were unintentional injuries, 20,2% were transport related and 13,5% were homicide. As a result of the small number of cases recorded, these deaths were included among the analysis of each apparent manner of death and not reported elsewhere.” T

Statistics SA: The swings and roundabouts of how we die

CDC report shows gun-related deaths rising in the US

SA has higher suicide mortality that most of Africa – IRR