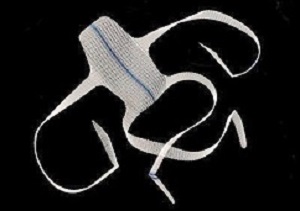 The UK’s health watchdog, the National Institute for Health and Care Excellence (NICE) this week issued a recommendation that vaginal mesh operations be banned as a routine treatment. In South Africa, however, two University of Cape Town uro-gynaecologists have issued a press statement saying that while certain mesh products are problematic, bladder sling surgery remains 'a safe and effective treatment for many cases of incontinence'.

Recently there have been quite a few articles originating from Britain regarding bladder sling surgery for stress urinary incontinence and associated complications. Some women in South Africa are choosing to live with the indignity of incontinence because they are misinformed about the treatment options available to them and are afraid of the complications that can occur with mesh products.

“We are getting more and more women phoning our practice saying that they are afraid of surgery because of articles they have read in the news and on the internet,” says Jana Thiart, office manager for Drs Stephen Jeffery and Pieter Kruger who are sub-specialists in the field of uro-gynaecology. “We even had one woman who phoned at 10pm to cancel her surgery scheduled for the next morning because of an article her sister-in-law had read.”

It is true that certain mesh products are problematic and have been withdrawn from the market. And, if a doctor is not sufficiently experienced or well trained, mesh surgery – as with any surgical procedure – can result in complications. But that is only part of the story, according to Dr Stephen Jeffery, who also heads the Uro-gynaecology Unit at University of Cape Town Medical School and is the immediate past president of the South African Uro-gynaecology Association.

“Tension–free Vaginal Tape (TVT) was first used in Sweden in 1997,” said Jeffery. “It was widely recognised as being one of the most significant innovations of our time and has had a positive outcome for thousands of women.

“But patients need to understand that there are two very different mesh products. The sling is very narrow and is a safe and effective treatment for many cases of incontinence. The product that was recalled by Johnson & Johnson is the Prolift, a much bigger and more invasive device that is specifically used for vaginal prolapse and not urinary incontinence.”

Kruger who shares a practice with Jeffery and is currently the uro-gynaecology fellowship director at Groote Schuur Hospital agrees with Jeffery. “The complications of mesh surgery are well known and should be discussed with patients. The common complications are mesh erosion and chronic pain and that can vary between 1-10%. A lot of the complications related to mesh surgery can be avoided by training sub-specialist in uro-gynaecology and choosing the correct procedure for the individual patient,” he explained.

Female urinary incontinence can have a severe effect on the quality of life of the individual. The majority of patients benefit greatly from vaginal mesh slings to treat stress incontinence and hospital stay and post-operative pain have been reduced dramatically because of the less invasive nature of this type of treatment.

At the end of the day, like with any other procedure, the patient needs to decide if the risk-benefit ratio of transvaginal mesh surgery for stress incontinence is something they feel comfortable with.

For Jeffery, in a perfect world, vaginal mesh procedures would only be performed by accredited uro-gynaecology sub specialists. In South Africa, however, many doctors are doing the operation, some with very little experience in this type of operation.

The Federal Drug Administration in the US responded to the concerns about mesh in January 2012 by calling for post-market surveillance of the products. As part of this procedure, every patient that had been fitted with mesh is followed up by an independent clinical research company and a comparison is made between those patients who received mesh kits and those who had other corrective surgery.

Companies are not obliged to take part, and Johnson & Johnson, which had been the biggest supplier of mesh until they withdrew their product, declined. Two of the companies that supply mesh products in South Africa – Boston Scientific and Coloplast – made the substantial investment in the trials.

The results highlighted the importance of adequate training for surgeons performing vaginal mesh procedures, and emphasised the need for ‘hands on’ experience. Simple observation is not enough to ensure competence.

New guidelines issued by the UK’s health watchdog will, meanwhile, recommend that these controversial vaginal mesh operations be banned as a routine treatment in England. The Guardian reports that the draft guidance states that mesh implants for prolapse should now only be used in the context of research.

The report says the news has been welcomed by those campaigning to raise awareness of the potential complications suffered by some women who have been treated with mesh implants. Some have experienced the implant cutting into the vagina or surrounding organs, while others have been left with chronic pain, and in extreme cases been unable to walk.

The report says the guidance from the National Institute for Health and Care Excellence (Nice) only relates to operations to treat prolapse, where the front or back wall of the vagina has descended into or outside of the vagina, with the mesh used to support the vaginal walls. The draft guidance does not affect the use of mesh implants for incontinence, which accounts for the majority of such operations.

The use of mesh for prolapse has fallen significantly in recent years, with mounting evidence that it is less effective than traditional surgery and has higher rates of women experiencing problems.

Meanwhile, the report says, Kath Sansom, a campaigner at Sling the Mesh, has called for the publication of the full Nice guidelines, which include those relating to the use of mesh for incontinence, to be expedited. “The full guidelines for all prolapse mesh and incontinence mesh are due out 2019 but that is way too long to wait,” she said. “Nice must bring those guidelines forward to 2018. It is unacceptable to hold off until 2019.”

The draft guidance is an about-turn for Nice, who in their previous guidelines from 2008 were upbeat about the use of mesh for prolapse.

The report says that more than 800 women are suing the NHS and the manufacturers of vaginal mesh implants after experiencing serious complications.

Sohier Elneil, a consultant urogynaecologist at University College Hospital, who was at one point involved with the Nice committee on the issue, welcomed the news. “Nice looked at extensive evidence and in particular looked at patient experience as part of the evidence, and came to the conclusions that given it was lacking in good long-term evidence with regards to complications, felt it should be done under research-only conditions,” she said.

“This means patients will not be subjected to a procedure which has not been fully validated.”

Efficacy and safety of Pfizer-BioNTech vaccine after six months