SA takes first step towards producing its own vaccines again 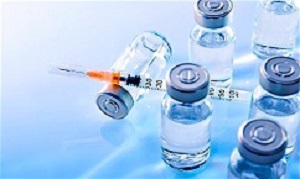 The Biovac Institute (Biovac) has been awarded a manufacturing licence by a South African regulator, taking it one step closer to realising the government’s ambition of producing its own vaccines, reports Business Day. It is the first time the country will manufacture vaccines since the mid-1990s and will result in many positive spin-offs.

Biovac is a public-private partnership that was formed in 2003 to try and revitalise the state’s human vaccine manufacturing capacity, after the demise of the state vaccine institute.

The report says part of the rationale for local vaccine manufacture is to try to improve security of supply for South Africa and the region, as there are no significant vaccine manufacturers on the continent – the country has confronted numerous vaccine shortages recently, including the BCG inoculation, which is used to protect babies against tuberculosis.

Biovac currently sources and distributes vaccines, and its biggest customer is the state, which runs a national programme for immunising infants and children. It also provides vaccines to the private sector.

The report quotes Biovac CEO Morena Makhoana as saying that the company was notified by the Medicines Control Council in January that its Pinelands, Cape Town facility had been approved for the manufacturing of vaccines and other small-volume parenterals. Small-volume parenterals are liquid medications and are usually less than 100ml.

Biovac has dossiers approved for Sanofi Pasteur’s six-in-one childhood vaccine Hexaxim and Pfizer’s pneumonia vaccine Prevnar-13 and expects to begin commercial production of Hexaxim in the fourth quarter of 2018, said Makhoana. Sanofi will provide the various active pharmaceutical ingredients (APIs) used in Hexaxim, which will be combined and packaged in Biovac’s Pinelands facility, he said.

"We are not seeking a premium (from the government) for our product, but we are hoping local manufacturing becomes a favoured way of doing business," he said.

Makhoana said in the report that Biovac was pursuing a strategy of backward integration and was steadily building the capacity to do increasingly technical work. Its aim is to span the entire value chain, from research and clinical trials to manufacturing and marketing. "We have been doing packaging and distribution for ages, and are now getting into sterile manufacturing. The next step will be formulation and then API Manufacturing."

API Manufacturing is the goal of a partnership between Biovac, global health organisation PATH and the Bill and Melinda Gates Foundation that aims to manufacture a novel vaccine against group B streptococcus. There are no licensed vaccines that offer protection against the potentially deadly bacteria, which can be passed from mothers to their infants during childbirth.

The report quotes Mokhoana as saying that while paediatric vaccines remained the focus of Biovac’s work, it was also pursuing partnerships to build the capacity to manufacture flu vaccines. "We are hoping to strike a deal this year or next to manufacture seasonal flu vaccine so we could deal with a pandemic. We need to get an assurance (from) whoever we partner with that they would support us in the event of a pandemic."

It’s the first time that South Africa will be able to manufacture vaccines since the mid 1990s and is news that will result in many positive spin-offs for the country. This is according to David Richard Walwyn, professor of technology management at the University of Pretoria, who writes in The Conversation:

“The hexavalent vaccine Hexaxim is used to vaccinate children against six life-threatening infectious diseases: diphtheria, tetanus, acellular pertussis (whooping cough), inactivated polio, Haemophilus influenza type b and hepatitis B. It is a vital component of South Africa’s expanded programme on immunisation and more than 3m children are vaccinated every year.

"There are 14 vaccines administered between the ages of 0 and 2 years; four of these are Hexaxim. As a result of this programme, the number of children under the age of five that have died has significantly dropped. In 2013, it sat at 47,409 children, down from 89,418 in 2005.

“In the late 1980s and early 1990s the country produced some of its own vaccines. But this capacity disappeared in the mid-1990s; the State Vaccine Institute and the South African Vaccine Producers, both run by the National Health Department, closed down because they weren’t operating at the required levels of manufacturing practice.

“The department considered exiting vaccine manufacture entirely. But it was persuaded to enter into a partnership where a private company was mandated to upgrade the old State Vaccine Institute in exchange for a monopoly on vaccine supply. After years of negotiation and capacity building this partnership with – the Biovac Institute – has finally been given the go ahead. It will manage vaccine research and development, manufacturing and supply.”

Walwyn continues that local vaccine manufacture has several foreseeable benefits. These include decreased cost and increased availability and the capability to provide vaccines to the region.

The local manufacturing process can also spur economic growth. He says manufacturing vaccines locally establishes a strategic capability in a sector which is prone to shortages and price fluctuations. These realities often have severe consequences for public health. For example earlier this year, new-borns in South Africa could not be vaccinated against tuberculosis due to a shortage of the Bacillus Calmette-Guérin (BCG) vaccine.

Vaccines are supplied into a global market from a relatively small number of sites. Manufacturing problems, mostly linked to issues of quality and safety, do occur and not infrequently affect the supply of vaccines to lower value markets.

Walwyn writes that in South Africa the vaccines that form part of the extended programme on immunisation vaccines are a big budget item for the National and Provincial Departments of Health. When the Biovac Institute was established the annual cost of vaccines was only R188m. This cost has since grown to R1.75bn. Hexaxim accounts for 37% of the expenditure. About 3m doses of the vaccine are procured each year. These are imported directly by the Biovac Institute in single vials and then distributed to the clinics and hospitals.

He says that being able to manufacture these doses locally using imported antigens will enable Biovac to achieve, at least in part, one of its core objectives: to “ensure a domestic capacity in vaccine production that will enable the South African health authorities to respond to disease outbreak emergencies”. Over the medium term, local manufacture will also save an estimated 15% of the cost as compared to international procurement, depending on the actual vaccine and capacity utilisation of the manufacturing facility.

Walwyn writes that the details of the technology transfer agreement under which the institute will be making Hexacim are not yet publicly available. But it will be surprising if the deal does not allow South Africa to supply other countries in the Southern African Development Community and even sub-Saharan Africa with locally manufactured product. In this way it will be able to generate income.

He says that reaching this milestone has been a slow process. When the public private partnership was formed, it was thought that all of the core objectives would be reached within five years. But the difficulties of building local skills, raising the finance and installing the infrastructure were under-estimated. Even the initial steps, which involved establishing sufficient absorptive capacity in the institute, took more time and expense that was originally anticipated.

The initiative had been costly for the public sector. Under the agreements of the partnership, the institute received a premium of about 13% on the wholesale price of the vaccine. This amounted to more than R1.1bn between 2004 to 2016. These funds have been used to support the procurement, build the infrastructure, undertake research and development, and facilitate the technology transfer process.

However, Walwyn writes, although this may seem a high price, a recent evaluation of the partnership showed that a positive value for money had been achieved. It argued that South Africa had not overpaid for its vaccines and that overall the institute had been of significant public benefit.

“What it shows though is that public sector procurement is a powerful means of achieving local economic development. South Africa has not been very successful with this approach to date. The institute’s achievement shows that such partnerships are possible. But it also shows that they require a long-term commitment by both parties to resolve the problems and constraints which arise when the objectives are implemented.
Although other means are possible, the institute supports this approach to localisation and suggests one strategy by which South Africa could reach its targets of economic growth and diversification.”