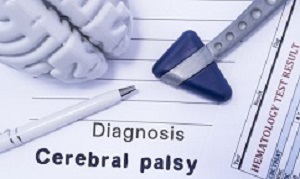 Cerebral palsy (CP) claims form more than half of Gauteng Health medical negligence payouts this year, says the province's legal director Mpelegeng Lebeloane, in a News24 report. Meanwhile, international experts said up to two-thirds of CP claims in SA are without merit.

Leboloane said that in this, the 2017/18 financial year, of the R400m already made in medical negligence payouts, more than 50% were for CP claims. Last year Gauteng Health was ordered to pay about R30m for a single cerebral palsy claim and there have been 10 more new claims this year alone.

Gauteng's contingent liability for medical negligence this year is R18bn. Nationally these total around R55bn.

At a conference of the medical risk insurer Ethiqal and the University of Pretoria, experts said that CP has seen "a massive increase" in litigation for alleged negligence. This despite evidence that CP is largely caused by factors unrelated to obstetrical care.

Professor Keith Bolton, of the paediatrics department at the University of the Witwatersrand, said there was a higher incidence of CP in SA than in developed countries, caused largely by events before labour: “Multiple factors are at play, and they can add up in a summative way. Infection plays a significant role in our population, and in the cases I see, close to 40% of the mothers are HIV positive.”

HIV is linked to chorioamnionitis, a known risk factor for CP. Even in cases where there is intrapartum hypoxia, antepartum risk factors for CP commonly exist, he said.

The complex nature of CP pose a significant challenge in the resolution of medico-legal disputes, with the legal profession often not appreciating or ignoring the interplay and multitude of determinants. In the incidences of alleged CP-related medical negligence in which Bolton had provided expert opinion, the cause of CP was complex and unclear in about one third of cases. In another third he deemed the claim to be unmeritorious.

Geneticist, Professor Arnold Christianson, from thestrong>University of the Witwatersrand, said that in over 25% of cases that he has assessed for the various departments of health in medical negligence matters, an obvious congenital disorder or genetic risk factor like Down’s Syndrome was present. Yet, when the particulars of a claim were studied, the cause was always identified as intrapartum asphyxia.

Plaintiff attorneys should have had these matters assessed by appropriately qualified, unbiased and experienced medical practitioners before applying their minds to whether instituting an action for damages was appropriate. An MRI scan should be a basic requirement before litigation is pursued.

In the US, a certificate of merit confirming that medical negligence may have occurred is required. Failing this, costs may be awarded to the defendant.

“If current trends continue, there will soon be no specialists to deliver babies in the private sector,” warned Bolton. He added that that “whilst it has never been safer to have a baby, it has never been more dangerous to be an obstetrician”.

A large proportion of claims are related to multi-million-rand CP claims and "the litigation landscape is threatening to destroy the public healthcare sector in its entirety". As there are no separate budgets for the settlement of successful claims, these are paid from the specific hospital’s budget, resulting in the drawing of funds from essential services.

Dr Johannes van Waart, past president of the SA Society of Obstetricians and Gynaecologists (SASOG), said that for many practitioners in private practice, professional indemnity insurance now costs approximately R950,000 a year. “Medical aids pay about R5,000 per delivery; I need to do 19 deliveries a month just to pay the insurance premium,” he said.

To ensure fair assessment of complaints, SASOG provides a panel of three recognised experts in the adjudication of medicolegal disputes. The organisation strongly supports mediation before litigation, said van Waart, but more buy-in from paediatricians, hospital groups and patients was still needed.

Advocate Alan Nelson SC, co-founder of Mediation in Motion, said that mediation is by far the best alternative to litigation, noting that in the Western Cape High Court division, Judge President Hlophe recently announced he would not allocate judges in medical negligence cases unless the parties have made meaningful attempts to try and mediate their dispute.

Hlophe reasoned that medical malpractice cases take years, when often all the patient wanted was an apology, compensation for pain and suffering, or repayment of lost wages because of having to provide full-time care to a disabled child. To this end, judges are to be trained in mediation.

CEO of the Constantia Group, Volker von Widdern, said that if SA had a fast-tracked settlement model aligned to minimum guarantee/no fault settlements, the money could get to the patient, in structured directed payments, quicker and in a significant way. This would also reduce the stress on insurance fund resources.