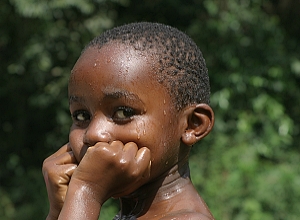 The criminalising of infant abandonment has been a failure, writes Murphy Nganga in a Weekend Argus report. The Children’s Act needs to be amended to allow safe relinguishment.

South African laws are reactive in that they treat child abandonment as a crime, law lecturer at the University of Johannesburg Dr Whitney Rosenberg said that the law fails to provide a safe alternative that will prevent the act of unsafe abandonment. “This restrictive legislation … is one of the causes of child abandonment.”

“A reactive approach is problematic as it fails to prevent the proliferation of infant abandonment by only punishing and not preventing the action. The fact that very few women are ever prosecuted for these crimes is also evidence of the fact that these laws, by themselves, are ineffective in that they neither serve as a deterrent nor do they have a retributive function,” said Rosenberg.

A study by the National Adoption Coalition of South Africa has revealed that some of the causes of child abandonment in South Africa are restrictive legislation, poverty, mass urbanisation, high levels of violence including rape, extreme gender inequality, HIV/Aids and diminishing family support.

Door of Hope operating director, Nadene Grabham, said that poverty plays a leading role in child abandonment. “Since lockdown March 2020 to date, in media news articles, 125 babies were found abandoned in unsafe places, 71 of these babies were found dead. Informal statistics from 2010 showed that around 3,500 babies are abandoned in SA annually and that for every baby found alive, two are found dead.”

Legalising safe baby relinquishment is the only option to protect the lives of many innocent babies who due to a lack of better laws will succumb to the acts of their parents.

“We propose that amendments be made to the Children’s Act to provide for the safe relinquishment of infants by means of the regulation of baby savers and designated baby safe haven providers.” To this end a petition has been launched, Grabham said.

“It should be clear that if an infant (as defined in our proposed amendment) is safely handed over to a baby saver or designated baby safe haven provider in terms of the process provided for and on the conditions set out in the Children’s Act then the child would not be considered ‘abandoned’ and no criminal offence would have been committed.”

State doctors and the ‘myth of indemnification’ against adverse events