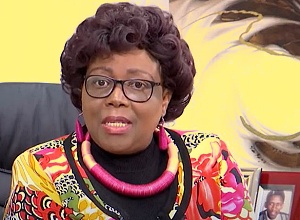 “I have every confidence in Professor Mlisana’s expertise and skill,” said Mkhize.

The Sunday Tribune writes that Mlisana’s journey began as the country’s first black microbiologist and later earned her professorship from her alma mater the University of KwaZulu-Natal.

She said the MAC was not new territory for her as she has chaired the subcommittee on pathology/laboratory since its inception. Nor were positions of leadership.

She currently serves as a member of the Ministerial Advisory Committee on antimicrobial resistance and holds the position of executive manager of Academic Affairs, Research and Quality Assurance at the National Health Laboratory Service.

Prior to this, Mlisana was the head of the medical microbiology department at UKZN and Inkosi Albert Luthuli Central Hospital.

“I hope I can live up to the faith and standard that everyone else is holding me to. This was a decision that I almost did not want to make, I was unsure if I could do it, but with the support and counsel of my colleagues, friends, husband and three children, I took the plunge. I have no regrets in my career because of them,” said Mlisana.

Mlisana said she knew that Karim was to step down and he had named her as his successor. “I was there with Salim when CAPRISA (Centre for Aids Programme of Research in SA) was founded; he, myself and Minister Mkhize were in medical school together at what is now UKZN. I met my husband and Salim met his wife there. We have long histories and know what each other is made of and I had to believe in myself just as much as they believed in me,” she is quoted in the Sunday Tribune report as saying.

UKZN medical alumni honoured for contributions in their fields