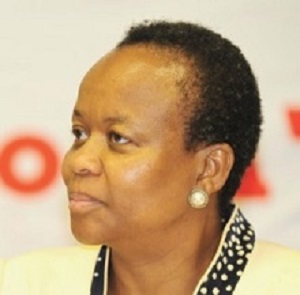 Gauteng Health MEC Gwen Ramokgopa assumed office in February, and she is quoted in a News24 report as saying that she believes the department’s woes and shortcomings stemmed from four key areas – a heavy burden of disease; increasingly high population growth numbers; management and leadership within the department; and rocketing medical litigation cases.

She said the number of people suffering from diseases in the province was too high, and “if we go in this manner and not focus on reducing the burden of disease, we’re not doing justice to the economy”. “The high burden of disease also does not correlate with the resources available to deal with it,” she said.

The population growth in the province also “surpassed” the allocated health resources, Ramokgopa is quoted in the report as saying. The development of resources has not caught up with increasing number of patients who migrate into the province. For example, in 1999, when she was running the department for the first time, the population stood at 7.9m. Now it has almost doubled to 15m people. In that period, the number of clinics, hospitals and even medical staff has not doubled. The resources, in real terms, have shrunk, Ramokgopa explained.

“With social development, the grant follows the person wherever they are. You go to the SA Social Security Agency points and you get your money because it’s a nationally integrated system. But with health, it goes through an equitable share distribution and that hasn’t followed the citizens migrating here, so the baseline needs to increase,” she explained.

“I’m told it’s a cash flow problem. In June, National Treasury warned that the department’s funds would be depleted by September.

“It’s really a problem of mediocrity – instead of giving the department its fair share of cash, it’s then rationed and, in real terms, hospitals and clinics are given less than their fair share and that’s why there are accruals. Even national government knows the funds available for the servicing of the 27m patient visits seen in 2016/17 were grossly inadequate,” she said.

The report says the national department’s 2016/17 annual report revealed that it underspent its budget by R217m. However, Ramokgopa argues that, while the figures reflecting the underspending were accurate, they weren’t a true reflection on what was happening on the ground because of the rationing the department had to do.

In terms of medical litigation, Ramokgopa said in the report that the pressing issue was that there was no national legislative framework within which the claims were processed. “For medical litigation, there has to be framework because there are many gaps making it hard for professionals to prove that they did the best they could under the circumstances – especially for premature babies. If you can’t provide proof, the court finds you guilty of probability,” she said.

Ramokgopa said she had “many sleepless nights” over the limited resources available to the department. “We have a commitment to pay suppliers within 30 days. We have improved. When I came in, it was at 25% (of invoices settled), but by the middle of the year, we pushed to 45%.

“However, we have more than R2.5bn in invoices sent through and ready for payment, but there is no money,” she said.

The report says when asked why she took the job despite the department’s woes, Ramokgopa said: “I accepted this job to help my people. There are times when what you want comes second to human solidarity.”