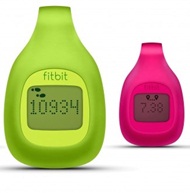 Although wearable devices have received significant attention for their ability to track an individual's physical activity in the US by having 14 participants walk on a treadmill for 500 and 1,500 steps, each twice (for a total of 56 trials), and then recording their step counts. Led by researchers at the Perelman School of Medicine and the Centre for Health Incentives and Behavioural Economics at the University of Pennsylvania, this study is a follow-up to a recent viewpoint suggesting that there's little evidence that wearable devices alone can change behaviour and improve health for those that need it most. "In this study, we wanted to address one of the challenges with using wearable devices: they must be accurate. After all, if a device is going to be effective at monitoring – and potentially changing – behaviour, individuals have to be able to trust the data," said lead study author Meredith A Case, a medical student at Penn. "We found that smartphone apps are just as accurate as wearable devices for tracking physical activity."

The participants wore three devices on their waist (the Fitbit One, the Fitbit Zip and the Yamax Digi-Walker SW-200 pedometer) and three devices on their wrist (the Yamax Digi-Walker SW-200, the Jawbone Up24 and the Nike Fuelband). Participants also had one smartphone in each of their pants pockets: An Apple iPhone 5s that was running three physical activity apps (Fitbit, Health Mate by Withings and Moves by ProtoGeo Oy), and a Samsung Galaxy S4 that was running one physical activity app (Moves by ProtoGeo Oy). Each participant completed the treadmill walk four times, for a total of 56 walking trials. Overall, both the wearable devices and smartphone apps were pretty accurate at tracking steps counts, the researchers said.

"Since step counts are such an important part of how these devices and apps measure physical activity, including calculating distance or calories burned, their accuracy is key," said Dr Mitesh S Patel, an assistant professor of medicine and health care management at the University of Pennsylvania School of Medicine. "Compared to the 1% to 2% of adults in the US that own a wearable device, more than 65% of adults carry a smartphone. Our findings suggest that smartphone apps could prove to be a more widely accessible and affordable way of tracking health behaviours."

Aug 25th, 2021
Engineers at the Massachusetts Institute of Technology and Harvard University have designed a small tabletop...
Technology
July 28th, 2021