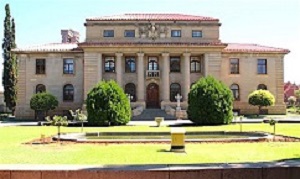 The ruling by the Supreme Court of Appeal ordering a Durban gynaecologist Dr and Life Healthcare Group to pay R20m for medical negligence, contains a number of 'salutary lessons' for covering doctors. The crux issue is at what moment the 'duty of care' arises.

The court said that a reasonable obstetrician would have met with the patient at her time of admittance to create the doctor-patient relationship and to assure her that in the absence of her own doctor he would be standing in and would take good care of her. The court found the suggestion that the patient wasn’t visited earlier because the covering doctor didn’t want to interfere with the personal relationship she had with her doctor as it would cause anxiety on her part and that he did not regard her as his patient to be unacceptable. “If this is not gross negligence, then it is difficult to imagine what would be.”

The facts of the case were the parents of a child delivered at the hospital under the doctor’s care and who was shortly after her birth diagnosed with cerebral palsy sued the hospital and the doctor, a specialist obstetrician and gynaecologist for damages resulting in the birth injury sustained by their child. The claim was settled without admission of negligence or breach of contract of liability but with a payment of R20m to the parents.

The hospital admitted its nursing staff were negligent but contended that the doctor was contributorily negligent and should contribute to the settlement.

The doctor denied any duty to the parents or child arose until the first time he saw the mother in hospital on the relevant evening or that he was negligent, or that if he was negligent that it caused the resultant injury.

“The lower court found the doctor owed a duty of care from time of admission of the mother and was negligent but was unable to find his negligence causally linked to the harm suffered by the parents and child. The hospital appealed that judgment.

The nursing staff’s duties were, among other things, to observe, monitor and record the developments of the patient. A cartiotography (CTG) was used to monitor the foetal heart rate. The doctor was telephoned shortly after the mother’s admission to the hospital and informed of her admission. The doctor then instructed the nurse to allow the labour to proceed and to sedate the patient if necessary. The doctor also prescribed medicine for managing pain and nausea.

The sister telephoned the doctor at about 18h35 to report certain observations including a deceleration of the foetal heart rate and added that the heart rate had recovered quickly. The doctor instructed the mother to be transferred to the labour ward, her membranes to be ruptured and an epidural to be arranged.

At this time the doctor had not been to see or visit the patient.

At 18h40 the foetal heartrate decreased to 90 heartbeats per minute but this was not brought to the attention of the doctor as it ought to have been. The recording showed that the contractions had been strong at approximately 3 per minute. The doctor was made aware of this at 19h30.

Another deceleration was recorded at 19h40 and not reported to the doctor. At 21h00 the doctor was informed that the patient was fully dilated.

He arrived at the hospital at 21h20 to see the patient for the first time since her admission at 10h00. He looked at the CTG and realised that the foetus had been in distress for some time and that urgent delivery was required. The equipment needed to assist in the delivery was not available and when found, the sister could not use it, resulting in a further delay of the birth of the baby who was born at 22h10.

Both the lower court and the Appeal Court found that the doctor’s duty of care to the patient arose when the patient was admitted to the hospital and the doctor responded positively to that notification. The doctor manifested his responsibility by giving instructions to the nurse. His conduct of getting involved in the treatment of the patient placed him in a position to be responsible for her and the baby.

Both courts also found the doctor negligent because a reasonable obstetrician would have visited the patient shortly after admission and conducted his own observations.
Unlike the lower court the appeal court found on the evidence that the doctor’s negligence was also causative of the cerebral palsy. The correct question to be asked was: ‘Was it more probable than not that the birth injuries suffered by the baby could be avoided, if (the doctor) had attended the hospital earlier, after the 18h35 phone call?’

The court found that had he done so he would have noticed the non-reassuring tracings on the CTG would have seen the early signs of foetal distress and according to his own evidence conducted emergency caesarian that would have avoided the birth injury to the baby. That was also the view of the other medical experts, who agreed that the brain damage probably occurred after 20h00 and especially after 21h00. There was time enough to intervene successfully.

So, the court found that there was contributory negligence on the part of the doctor and that the doctor’s negligence was greater than that of the nursing staff. The doctor was the specialist who abdicated his duties especially after receiving the phone call at 18h35 and had adopted a hands-off approach. A 40-60 apportionment in favour of the hospital was made.

“Curiously, at the commencement of its judgment, the court comments on the fact that medical negligence claims have escalated substantially in the country in recent time, causing medical malpractice insurance premiums to sky rocket and disincentivising medical specialist fields of which obstetricians and gynecologists appear to be one and then never referenced again in the judgment.

Why those comments are made in a finding against the doctor is unclear. That is an issue which is of burning concern to the medical profession. Undoubtedly the costs of obtaining indemnity cover for certain medical specialisations not only in insurance but through mutual benefit societies has increased dramatically.

That is an issue the medical profession and the insurance industry has been dealing with for some time and to which there are available some innovative solutions and worthy of a separate discussion in its own right.