HomeA FocusThe long, slow exit of Health Minister Mkhize is over at last
A FocusMedico-LegalMedico-Legal Analysis 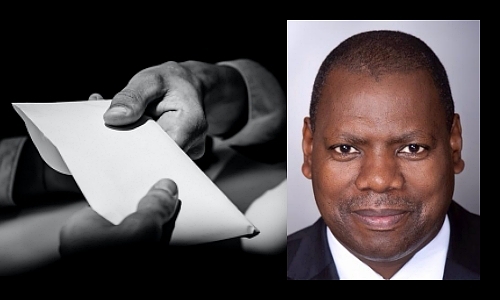 The exit of Health Minister Dr Zweli Mkhize, who had been on “special leave” since 8 June after allegations of involvement in tender irregularities, had become inevitable following a steady flow of new details of how he and his family supposedly benefited from a R150m tender, writes MedicalBrief. It became a certainty when the ANC’s integrity committee recommended that Mkhize step aside.

Breaking news update (Thursday, 5 August): Mkhize has resigned the portfolio, just hours before President Cyril Ramaphosa’s cabinet reshuffle, vowing to clear his name by taking the Special Investigation Unit’s report implicating him in corruption on judicial review. Mkhize described the SIU of having proceeded with the investigation unfairly and reaching “flawed and unfounded” conclusions.

Mkhize has ben replaced by his generally well regarded Deputy Minister, Joe Phaahla, who has served as a deputy in the portfolio since 2014.

The findings of the Special Investigations Unit to the Special Tribunal, detail how Mkhize and his son Dedani directly and indirectly received gratifications from a controversial company, Digital Vibes, which appears to have been set up specifically to tender for the Health Department tender. Money from the contract was allegedly used to buy a vehicle for Mkhize’s son and to carry out repairs on a house in Johannesburg owned by the Mkhize family. Mkhize has denied any wrongdoing.

There has also been evidence that Mkhize and the department’s Deputy Director-General, Anba Pillay, pressured officials to ensure that Digital Vibes got the contract. This included WhatsApp messages and emails from personal accounts and from Mkhize and witness statements.

According to the Mail & Guardian, the insiders say that the committee’s report will be tabled at the next NEC meeting. ANC national spokesperson Pule Mabe confirmed that the report is with the party and will go directly to the NEC. One source in the national working committee said the report was with ANC deputy secretary-general Jessie Duarte’s office.

Meanwhile, the latest report by Daily Maverick investigative unit Scorpio on the saga notes more than R1m was siphoned off from the Department of Health’s R150m Digital Vibes deal to help establish a new hair salon and an up-market nail franchise owned by Mkhize’s son Dedani and the minister’s daughter-in-law. The report adds that some of the proceeds of the DoH contract that had ended up in the account of one of Dedani Mkhize’s companies also covered expenses for his farm outside Pietermaritzburg.

It writes that at least R650,000 that flowed from the allegedly corrupt Digital Vibes contract went towards the start-up costs for Sthoko Mkhize’s Tammy Taylor Nails outlet. Maverick also uncovered monies totalling at least R446,000 that had been diverted from the R150-million DoH contract to the account of a new hair salon, Gold Ace Cuts and Curls.

This business, co-owned by Dedani, is located in a smaller shopping centre just around the corner from his wife’s nail franchise.

Money stemming from the DoH contract covered a few personal bills, too, including at least one monthly instalment for a BMW SUV.

Also implicated in the scandal, but denying any links to the company accused of scoring millions in the unlawful contract from the health department is Ndabezinhle Sibiya, former spokesperson for e Mkhize. According to a TimesLIVE report, Sibiya was named in court papers by the SIU as also having “potential” links to Sotobe Media that received R9.78m from Digital Vibes.

Separately, the Mail & Guardian, in one of its regular emailed commentaries, challenged the popular belief that Mkhize was “one of the good ones”. The M&G’s Kiri Rupiah & Luke Feltham write:

“A rather bold and unqualified statement. A wholly untrue one at that. Perhaps because the ANC is teeming with the tainted, it’s easy to forget that the Digital Vibes scandal is but the latest in a series of issues of integrity involving the minister.

“Before his short-lived stint as the only minister seemingly working during the early days of the Covid-19 crisis, Mkhize — elected ANC treasurer general in 2012 — plotted the alleged multi-million 2005 Ithala Bank heist, ostensibly at the behest of former president Jacob Zuma.

“The bank, funded by KwaZulu-Natal taxpayers, was meant to uplift the impoverished in the province by providing loans to small businesses and entrepreneurs. Instead, it has been described as a piggy bank for the politically connected after lending small fortunes to companies linked to prominent figures.

“A loan Mkhize allegedly facilitated to pay former president [Jacob] Zuma’s lawyer during his arms-deal corruption trial is now coming back to haunt him. R3.4-million was allegedly diverted from the bank in 2005 when Mkhize was MEC for finance and economic development.

“Then there are the revelations contained in journalist and broadcaster Redi Tlhabi’s book Khwezi about Fezeka Kuzwayo, the woman who accused Zuma of rape. The allegations of how Mkhize misled Kuzwayo, commonly known as Khwezi, to intentionally compromise her case are seemingly vindicated by the trial record and judgement. Mkhize has always maintained he didn’t try to “trick” her.

On News24, political analyst Tebogo Khaas writes that “embattled health minister Zweli Mkhize has managed to evade legal and political accountability throughout his political career … The steady flow of discoveries over the past few years has not only been damning but also offered a window on the moral proclivities of Mkhize. These cast a shadow on his suitability to serve in any public representative capacity.

“The revelation of the Digital Vibes corruption, in particular, has triggered a uniform reaction among many who have most closely tracked Mkhize's ethical and legal record: If egregious corruption in a programme this consequential in the survival of a nation is surfacing only after a few years as a cabinet minister, there is likely much more that remains undiscovered.

“Sadly, Mkhize's ego, recalcitrance and petulant conduct seem to be preventing him from falling on his axe, and save Ramaphosa from the invidious position he finds himself in … Now that he knows about Mkhize, the axe must fall.”

Mkhize on irregular R150m tender: ‘They're comrades not personal friends'