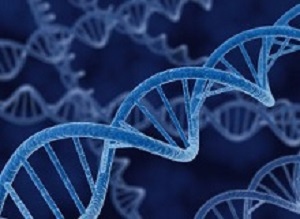 Hundreds of thousands of years ago, our ancestors were infected by a retrovirus. Now, international researchers think that that virus' ancient genetic traces still present in some people's genomes are silently promoting addictive behavior, writes Yasemin Saplakoglu for LiveScience.

Genetic traces of a retrovirus called HK2 is more commonly found in people with drug addictions than those without addictions, and these traces may influence surrounding genes, which, in turn, might influence human behavior, an international group of researchers reported on 24 September in the journal Proceedings of the National Academy of Sciences.

Retroviruses – which include HK2 as well as human immunodeficiency virus (HIV) – are viruses that can insert their genetic code into their hosts' DNA. It's thought that around 5% to 8% of the human genome is filled with traces of ancient retroviruses that found their way into our genes by infecting our ancestors eons ago.

For the most part, those ancient retrovirus signatures don't differ much between people – in other words, you and a random person you encounter likely carry the same kinds and amounts of these ancient traces in your genes. In contrast, traces of the HK2 virus are thought to exist in only 5% to 10% of people worldwide.

That means that, in the grand scheme of evolution, this viral infection occurred relatively recently, so it hasn't had time to even out among populations, or be chipped away at by natural selection. "Relatively recent," in this case, means that it's been lurking in human genes – and was also present in Neanderthal and Denisovan genes – for at least 250,000 years.

The team in Greece found that those who contracted HIV from intravenous drug use were 2.5 times more likely to have traces of HK2 in their genome than those who became infected through other means, such as sex. Similarly, in the UK, those who contracted hepatitis C through intravenous drug use and were long-time drug users were 3.6 times more likely to have HK2 in their genes than those who weren't infected through drug use.

It was previously known that, in people with traces of HK2 in their DNA, those traces can be found in a gene called RASGRF2, which plays a role in the release of dopamine in the brain. Dopamine is a neurotransmitter that's tightly entwined with the brain's pleasure circuit, and is thought to promote the repetition of pleasurable activities. What's more, the chemical can change the way the brain is wired to get someone to repeat pleasurable activities, according to the National Institute on Drug Abuse. Drug use is known to release large surges of dopamine in the brain.

In the second part of the study, the researchers investigated whether HK2 traces had any influence on human genes. In a lab experiment, the scientists used genetic "scissors" – CRISPR-Cas9– to insert traces of HK2 into the DNA of human cells that didn't already contain it. Specifically, they inserted the viral traces into the exact location where it's been found in human DNA, in the RASGRF2 gene.

They found that inserting traces of the ancient virus changed the expression pattern of RASGRF2; in other words, it changed the process by which information stored in DNA was used to create proteins.

Still, as this second experiment was done in lab dishes, not in humans, the impact this finding has on addictive behaviors remains unclear.

The new study is "the first time that [researchers have] shown that an ancient viral insertion that's variably present in the population has a measurable, in this case detrimental, effect on our biology," said co-senior study author Aris Katzourakis, a professor of evolution and genomics at the University of Oxford who led the U.K. portion of the study.

Katzourakis added that the first part of the study – in which the researchers observed higher rates of the viral traces in drug users – only shows an association, but the second part of experiment shows the viral insertions causing changes in the biology of the cells.

What's more, the "integration of the virus happened thousands of years ago, [which] predates the addictive behaviors that we see today," Katsourakis told Live Science. In their paper, the researchers suggested that perhaps, at one point, the integration of this virus was beneficial for humans, and that's why it prevailed for some time, escaping the grasp of natural selection.

Now, the teams hope to understand exactly how the HK2 traces may influence addictive behaviors. This could potentially lead to "better intervention strategies," Katsourakis said. "If we can make a drug to target this insertion, we may be in a better place to help people recovering from this kind of behavior."

"I think the implications of this research [are] huge," said Andrew Xiao, an associate professor of genetics at Yale University's Stem Cell Center who was not part of the study. "It tells us there are a lot of vulnerable spots [in the genome] that will be subject to viral integration." People have suspected this, and have gathered data on it for a long time, but "I think the relevance to human disease is pretty fresh," he told Live Science.

Still, much more research is needed. "I think it’s a very good start for a lot of interesting work lay ahead," Xiao added.

The human genome is “littered” with remnants of ancient retrovirus infections that invaded the germ line of our ancestors. Only one of these may still be proliferating, named HERV-K HML-2 (HK2).

Not all humans have the same HK2 viruses in their genomes. Here we show that one specific uncommon HK2, which lies close to a gene involved in dopaminergic activity in the brain, is more frequently found in drug addicts and thus is significantly associated with addiction.

We experimentally show that HK2 can manipulate nearby genes. Our study provides strong evidence that uncommon HK2 can be responsible for unappreciated pathogenic burden, and thus underlines the health importance of exploring the phenotypic roles of young, insertionally polymorphic HK2 integrations in human populations.

HERV-K HML-2 (HK2) has been proliferating in the germ line of humans at least as recently as 250,000 years ago, with some integrations that remain polymorphic in the modern human population.

One of the solitary HK2 LTR polymorphic integrations lies between exons 17 and 18 of RASGRF2, a gene that affects dopaminergic activity and is thus related to addiction.

We then tested whether RASGRF2-int could be mechanistically responsible for this association by modulating transcription of RASGRF2. We show that the CRISPR/Cas9-mediated insertion of HK2 in HEK293 cells in the exact RASGRF2intronic position found in the population resulted in significant transcriptional and phenotypic changes.

We also explored mechanistic features of other intronic HK2 integrations and show that HK2 LTRs can be responsible for generation of cis-natural antisense transcripts, which could interfere with the transcription of nearby genes. Our findings suggest that RASGRF2-int is a strong candidate for dopaminergic manipulation, and emphasize the importance of accurate mapping of neglected HERV polymorphisms in human genomic studies.