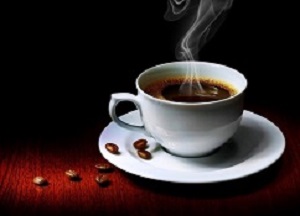 A coffee drinking habit is associated with longer lifespan, according to two major international studies.  Researchers cautioned against media hype, noting that the studies were observational and stopped short of showing cause and effect.

experts cautioned, however, that the US and European reports failed to show that coffee was truly the reason that many drinkers appeared to have longer lives. Rather, the studies were observational in nature, meaning they showed an association between coffee-drinking and a propensity toward longevity, but stopped short of proving cause and effect.

The findings in the first study come from the largest study of its kind, in which scientists analysed data from more than half a million people across 10 European countries, including the UK, to explore the effect of coffee consumption on risk of mortality.

Researchers from the International Agency for Research on Cancer (IARC) and Imperial College London found that higher levels of coffee consumption were associated with a reduced risk of death from all causes, particularly from circulatory diseases and diseases related to the digestive tract.

Coffee is one of the world’s most commonly consumed beverages, with an estimated 2.25bn cups drank around the world each day. It contains a number of compounds which can interact with the body, including caffeine, diterpenes and antioxidants, and the ratios of these compounds can be affected by the variety of methods used to prepare coffee.

Previous studies looking for a link between coffee consumption and health outcomes have revealed conflicting results, however, large studies in both the US and Japan have since revealed a potential beneficial effect of drinking coffee on risk of death from all causes.

In the latest study, researchers have carried out the largest analysis of the effects of coffee-drinking in a European population – where coffee consumption and preparation methods vary, from an espresso in Italy, to a cappuccino in the UK – finding a similar association between consumption and mortality.

“We found that higher coffee consumption was associated with a lower risk of death from any cause, and specifically for circulatory diseases, and digestive diseases,” said lead author Dr Marc Gunter of the IARC and formerly at Imperial’s School of Public Health. “Importantly, these results were similar across all of the 10 European countries, with variable coffee drinking habits and customs. Our study also offers important insights into the possible mechanisms for the beneficial health effects of coffee.”

Using data from the EPIC study (European Prospective Investigation into Cancer and Nutrition), the group analysed data from 521,330 people from over the age of 35 from 10 EU countries, including the UK, France, Denmark and Italy. People’s diets were assessed using questionnaires and interviews, with the highest level of coffee consumption (by volume) reported in Denmark (900 mL per day) and lowest in Italy (approximately 92 mL per day). Those who drank more coffee were also more likely to be younger, to be smokers, drinkers, eat more meat and less fruit and veg.

After 16 years of follow up, almost 42,000 people in the study had died from a range of conditions including cancer, circulatory diseases, heart failure and stroke. Following careful statistical adjustments for lifestyle factors such as diet and smoking, the researchers found that the group with the highest consumption of coffee had a lower risk for all-causes of death, compared to those who did not drink coffee.

In a subset of 14,000 people, they also analysed metabolic biomarkers, and found that coffee drinkers may have healthier livers overall and better glucose control than non-coffee drinkers. “We found that drinking more coffee was associated with a more favourable liver function profile and immune response,” explained Gunter. “This, along with the consistency of the results with other studies in the US and Japan gives us greater confidence that coffee may have beneficial health effects.”

According to the group, more research is needed to find out which of the compounds in coffee may be giving a protective effect or potentially benefiting health. Other avenues of research to explore could include intervention studies, looking at the effect of coffee drinking on health outcomes.

Professor Elio Riboli, head of the School of Public Health at Imperial, who established the EPIC study, said: “These findings add to a growing body of evidence which indicates that drinking coffee not only is safe, but it may actually have a protective health effect for people. While further research is needed, we can be confident that the results from a large European study confirm previous findings seen around the world.”

Gunter added: “Due to the limitations of observational research, we are not at the stage of recommending people to drink more or less coffee. That said, our results suggest that moderate coffee drinking – up to around three cups per day – is not detrimental to your health, and that incorporating coffee into your diet could have health benefits.”

The second study included more than 180,000 participants of various ethnic backgrounds in the US, says the Daily Maverick report. It found benefits to longevity whether the coffee was caffeinated or decaffeinated. Coffee drinkers had a lower risk of death due to heart disease, cancer, stroke, diabetes, and respiratory and kidney disease.

Those who drank one cup a day were 12% less likely to die compared to those who didn't drink coffee. Those who drank two or three cups per day saw an even higher 18% reduced risk of death.

"We cannot say drinking coffee will prolong your life, but we see an association," said lead author Veronica Setiawan, an associate professor of preventive medicine at the Keck School of Medicine of University of Southern California. "If you like to drink coffee, drink up! If you're not a coffee drinker, then you need to consider if you should start."

But, the report says, coffee may carry risks for some people, and pregnant woman and children are urged to avoid caffeine, which can be fatal in high doses.

A report from the IARC last year that said drinking very hot beverages – coffee, tea or otherwise – is one probable cause of cancer of the esophagus, the tube that runs from the throat to the stomach.

And experts who were not involved in the latest studies urged caution in interpreting the results, the report says. For instance, the European study excluded people who had cancer, heart disease or diabetes, meaning it took a measure of people over 35 who were already generally healthy. It also asked about coffee consumption just once, at the beginning, and did not update this figure over the span of the study, which included an average follow-up time of 16 years.

Finally, it found signs of a link between women who drank large amounts of coffee and a higher risk of cancer death, but downplayed this finding, saying it "may be spurious." The "conclusions will not lead me to start drinking coffee or to recommend people drink more coffee as a way to lessen their risks for heart disease," said Naveed Sattar, professor of metabolic medicine at the University of Glasgow. "I remain unconvinced that the link between coffee and heart disease represents a true cause and effect relationship and that coffee is truly protective, regardless of how large a study suggests this."

Sattar said that one downside to the research is the fact that many people stop drinking coffee – or drink less of it – when they are ill, a "bias is very hard to fully overcome."

David Spiegelhalter, a professor at the University of Cambridge, described the research as "huge in size and carefully done," but nevertheless unable to prove cause and effect. "If these estimated reductions in all-cause mortality really are causal, then an extra cup of coffee every day would on average extend the life of a man by around three months, and a woman by around a month," he added. "So perhaps we should relax and enjoy it."

Abstract 2
Background: Coffee consumption has been associated with reduced risk for death in prospective cohort studies; however, data in nonwhites are sparse.
Objective: To examine the association of coffee consumption with risk for total and cause-specific death.
Design: The MEC (Multiethnic Cohort), a prospective population-based cohort study established between 1993 and 1996.
Setting: Hawaii and Los Angeles, California.
Participants: 185 855 African Americans, Native Hawaiians, Japanese Americans, Latinos, and whites aged 45 to 75 years at recruitment.
Measurements: Outcomes were total and cause-specific mortality between 1993 and 2012. Coffee intake was assessed at baseline by means of a validated food-frequency questionnaire.
Results: 58 397 participants died during 3 195 484 person-years of follow-up (average follow-up, 16.2 years). Compared with drinking no coffee, coffee consumption was associated with lower total mortality after adjustment for smoking and other potential confounders (1 cup per day: hazard ratio [HR], 0.88 [95% CI, 0.85 to 0.91]; 2 to 3 cups per day: HR, 0.82 [CI, 0.79 to 0.86]; ≥4 cups per day: HR, 0.82 [CI, 0.78 to 0.87]; P for trend < 0.001). Trends were similar between caffeinated and decaffeinated coffee. Significant inverse associations were observed in 4 ethnic groups; the association in Native Hawaiians did not reach statistical significance. Inverse associations were also seen in never-smokers, younger participants ( Limitation: Unmeasured confounding and measurement error, although sensitivity analysis suggested that neither was likely to affect results.
Conclusion: Higher consumption of coffee was associated with lower risk for death in African Americans, Japanese Americans, Latinos, and whites.