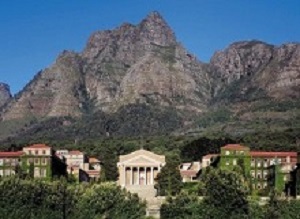 Racial friction in the third-year MBChB class at the University of Cape Town's medical school has spilled into public. David Benatar writes on Politicsweb that the university administration is encouraging a culture of vicious victimhood.

David Benatar, professor of philosophy at UCT, writes on Politicsweb:

Earlier in the year, one component group in the third-year MBChB class at the University of Cape Town (UCT) were being taught about the aetiology of substance abuse.

Some students in that class opined that the legacy of Apartheid was the main contributor to substance abuse. One of their classmates – I shall refer to him as Scott – who had read the relevant literature, disputed this. He acknowledged that it was a contributing factor but said that the evidence did not support the view that it was the dominant factor.

Scott fielded many challenges, but a handful of students in the class became steadily more personal, eventually accusing him of “white privilege”. It turns out, as in this case, that one does not have to be “white” to be accused of “white privilege”. Scott says that he can only speculate why they assumed that he was “Caucasian” rather than of “mixed race” background. Either way, they were making assumptions about him on the basis of his outward appearance, which he notes is exactly what prejudice is.

As is to be expected, these sorts of accusations had a silencing effect. Other students in the class were too intimidated to speak up. At least four of them called Scott afterwards to let him know that they agreed with him. One of them said that she agreed entirely, but that if Scott ever mentioned that she did, she would deny it.

On Friday 27 September 2019, the MBChB III class was advised in an email from their class representatives that a compulsory whole class meeting would be held on the following Monday, 30 September 2019. The class was not advised of the purpose of the meeting.

However, at least some staff members had been told that: “many black students” had spoken to one of the class representatives, “expressing their frustration and unhappiness towards the class and how many white students have said violent and racist remarks to them. This is a feeling that has been growing since first year and, as such, we as black students have been feeling very vulnerable and victimised by our fellow students.”

The meeting, also attended by at least a dozen academic staff members, opened with a student facilitator from the UCT Office of Inclusivity and Change asking the class not to get defensive when they hear something that makes them uncomfortable. “Open your heart to that”, he said, “engage empathetically, try and understand and imagine the pain that someone might be experiencing”. (He and the other student facilitators left before the end of the meeting, evidently because their presence as facilitators was being ignored by those who organised the meeting.)

A class representative then read a statement, which included the following claims, among others:

He then shifted from racism to mention “gender, transphobia, homophobia … [and] fat phobia”. He said that “it’s really unsettling to be in this space” and asked everybody to be empathetic to those who were going to relate such experiences.

After he spoke, nine further students consecutively took the podium to express themselves. Many spoke about no longer having any confidence in themselves. One related how she “told somebody about something that I did and I thought it was pretty cool, it was quite great”, but the person to whom she told this had a look of “shock of disbelief”. The student said how hurtful non-verbal cues can be to one’s self-esteem. Another student spoke about having been raped.

There is no reason to doubt their sincerity. Some struggled or failed to retain their composure. It was clear that these were young people in great pain. They called on their fellow students to take that pain seriously – to be compassionate.

The irony is that they were failing the very standards they were saying their classmates had failed.

Those calling for compassion were showing none. Those declaring themselves victims, told those they were chastising not to “play the victim” – presumably because the former think that the latter are not victims. But this invites the obvious question: How can we determine who a real victim is?

The accusers in this meeting cannot use the subjective standard – according to which you are victim if you think you are – because then those they were scolding would be victims if they took themselves to be victims. At the same time, those doing the scolding were criticising their peers for not simply accepting their own victim narratives. In other words, they wanted to employ the subjective standard for themselves but not for others.

That may work as a political tool. The speakers at this meeting certainly managed to silence their opponents. Nobody with an alternative view felt that they could express it in the chilling climate of that class meeting. One staff member explicitly invited non-“black” students to speak, but the only ones who did so were those who bought into the narrative that had been presented to them. However, because something works politically does not mean that it is appropriate.

Anybody can claim to be a victim. It is precisely for that reason that it is not disrespectful to somebody who claims to be a victim to evaluate such claims. Evidence is what enables us to differentiate the real victims from those who mistakenly think that they are victims (and from those who know that they are not victims but cynically claim victim status for the advantages of doing so).

What are we to make of the complaints presented at the class meeting? Are “black” students’ “voices never heard”? It seems unlikely. They were certainly heard in this meeting and, by their own accounts, they expressed themselves amply in earlier encounters too. Perhaps they are confusing “being heard” with “being agreed with”. Alternatively, could it be that they are often not heard? If so, are they not heard because they are “black voices” or are they not heard because many people, irrespective of race, are often not heard?

Nobody is denying that some “black” students are disadvantaged. Some (but not others) are poor, for example. This makes life harder, despite the numerous forms of support provided by the university. However, it is not appropriate to read every hardship through the prism of race, or sex, sexuality, or any of the other standard categories.

This does not entitle others to behave badly towards one, and it does not preclude one’s taking people to task when they do behave badly. However, a narrative of one’s own perpetual victimhood is likely to lead to the imputation of the least charitable – and sometimes outrightly vicious – motives and character traits to people who do not deserve to be so characterised. That is unfair to them, but it can also harm oneself. A university that encourages such narratives, as UCT continues to do, is failing everybody.