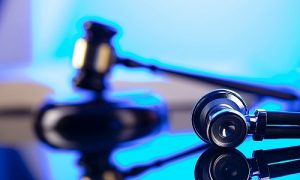 The persistent problems that medical professionals have in getting the Health Professions Council registration necessary in order to practise was highlighted again in the Western Cape High Court, writes MedicalBrief. Two neuropsychologists have succeeded partially in their application against the HPCSA compelling their registration.

Judge Patrick Gamble dismissed part of the claim of Yvonne Gartner and Tarah Leigh Swanepoel, however, and gave them a month to amend their claim against the HPCSA and the Professional Board for Psychology. Gamble dismissed the argument of the HPCSA and the Board that the plaintiffs had failed to set out the source or basis of the legal obligation on the Board to create administrative procedures to register the applicants.

“In the circumstances, I am of the view that the authorities have ‘peered at the pleadings with a magnifying glass of too high a power’,‘’ Gamble said in his judgment.

The two University of Cape Town graduates completed a two-year MA in Neuropsychology in 2013, but failed to be registered to practise as neuropsychologists. After completing the degree, a minor dissertation and an unpaid internship, Gartner and Swanepoel expected to be entitled to apply to the HPCSA, alternatively the Board, for registration as professional neuropsychologists, to be accredited as such, and allowed to practise for their own respective accounts.

However, they were not registered under the Health Professions Act, could not practise, and claimed to have suffered damages in the form of pure economic loss, calculated to be in excess of R41m and R125m respectively.

Gartner and Swanepoel outlined how, in November 2013, prior to the commencement of their intended internships, UCT informed the plaintiffs that the HPCSA and the Board had failed to set a professional entrance exam for the professional category of neuropsychology and failed to provide for the registration of graduates of UCT’s MA in Neuropsychology programme.

Instead, they would be registered as interns in general psychology on an unpaid basis during 2014 at the Groote Schuur and Red Cross Children’s Hospitals in Cape Town. Such internships would be accepted by the HPCSA as being lawful and in accordance with its regulations and specifications, and they would be entitled to enter the profession of neuropsychology upon the completion of the unpaid internship on condition that such internship was completed in 2014.

The plaintiffs were thereafter registered by the HPCSA/Board, as intern psychologists for the 2014 year and they each paid the requisite registration fee. Having completed the degree and their unpaid internships by the end of 2014, UCT submitted their applications for registration as neuropsychologists to the authorities.

Notwithstanding their qualifications, the completion of the prescribed internships and the payment of the requisite fees, they were not registered by the authorities as neuropsychologists and they were unable to conduct professional practices as such or earn an income from their new professions.

Initially, Gartner and Swanepoel had also issued summons against UCT, alleging that it had owed them a duty of care and that as a consequence of the breach of such duty they had suffered damages in the form of lost income. UCT argued that it had taken the steps to address the plaintiffs’ situation by approaching the High Court of South Africa, (Gauteng Provincial Division, Pretoria), following which an interim order was issued in December 2017, made final in August 2018, allowing the two to lawfully practice as neuropsychologists.

Gamble ruled that the plaintiffs' application succeeded in part only. The parties had agreed that in the event that the exception was upheld in any respects, the plaintiffs should be afforded a reasonable opportunity to consider further amending their claim. There attorneys have since given notice that they will do so.

“As far as the question of costs is concerned, I consider that it would be just and equitable to award the HPCSA and the board two thirds of their costs, given that they achieved substantial success in the matter,” writes Gamble.