HomeBooksUK got it wrong on COVID: Long lockdown did more harm...
Books

UK got it wrong on COVID: Long lockdown did more harm than good 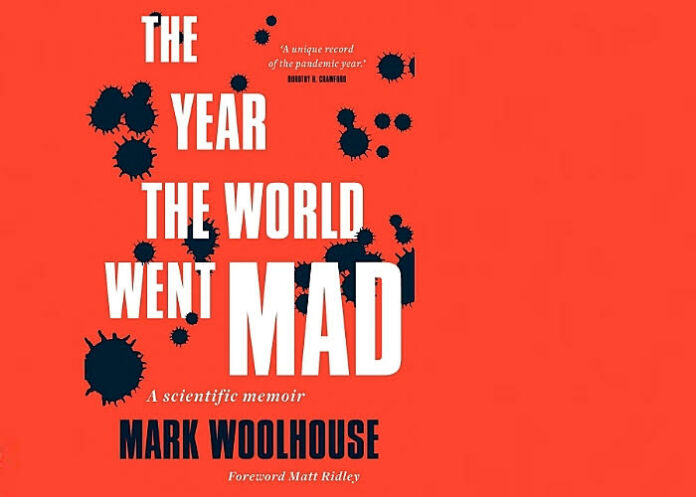 A new book by one of Britain’s leading infectious disease experts outlines the numerous mistakes and missteps that made the UK’s COVID-19 pandemic even worse, writes Robin McKie in The Guardian.

There was a distinctive moment, at the start of the COVID-19 pandemic, that neatly encapsulated the mistakes and confusion of Britainʼs early efforts to tackle the disease, according to author Mark Woolhouse. At a No 10 Downing Street briefing in March 2020, cabinet minister Michael Gove warned the virus did not discriminate. “Everyone is at risk,” he announced.

And nothing could be further from the truth, argues Woolhouse, an expert on infectious diseases at Edinburgh University. “I am afraid Goveʼs statement was simply not true,” he says. “In fact, this is a very discriminatory virus. Some people are much more at risk from it than others. People over 75 are an astonishing 10,000 times more at risk than those who are under 15.”

And it was this failure to understand the wide variations in individual responses to COVID-19 that led to Britainʼs flawed responses to the diseaseʼs appearance, he argues, errors that included the imposition of a long-lasting, national lockdown.

This is a strategy that Woolhouse – one of the countryʼs leading epidemiologists – describes as morally wrong and highly damaging in his forthcoming book. Titled The Year the World Went Mad: A Scientific Memoir, it will be released as on 24 February on Amazon, in both print and e-book versions.

“We did serious harm to our children and young adults who were robbed of their education, jobs and normal existence, as well as suffering damage to their future prospects, while they were left to inherit a record-breaking mountain of public debt,” he argues. “All this to protect the NHS from a disease that is a far, far greater threat to the elderly, frail and infirm than to the young and healthy.

“We were mesmerised by the once-in-a-century scale of the emergency and succeeded only in making a crisis even worse. In short, we panicked. This was an epidemic crying out for a precision public health approach and it got the opposite.”

Rather than imposing blanket lockdowns across the nation, the government should have adopted measures designed to make contacts safe, Woolhouse maintains. “You can see from the UK data that people were reducing their contacts with each other as cases rose and before lockdown was imposed. That, coupled with COVID-safe measures, such as masks and testing, would have been sufficient to control spread.”

Largely voluntary behaviour change worked in Sweden and it should have been allowed to progress in the UK, writes Woolhouse. Instead, we plumped for an enforced national lockdown, in part because, for the first time in history, we could. Enough business is now done online to allow large parts of society to function fairly well – through video conferences and online shopping. “But it was a lazy solution to a novel coronavirus epidemic, as well as a hugely damaging one,” he adds.

However, he is at pains to reject the ideas of those who advocated the complete opening up of society, including academics who backed the Barrington Declaration which proposed the COVID-19 virus be allowed to circulate until enough people had been infected to achieve herd immunity.

“This would have led to an epidemic far larger than the one we eventually experienced in 2020,” says Woolhouse. “It also lacked a convincing plan for adequately protecting the more vulnerable members of society, the elderly and those who are immuno-compromised.”

Instead, the country should have put far more effort into protecting the vulnerable. More than 30,000 people died of COVID-19 in Britainʼs care homes. On average, each home got an extra £250,000 from the government to protect against the virus, he calculates.

“Much more should have been spent on providing protection for care homes,” says Woolhouse, who also castigates the government for offering nothing more than a letter telling those shielding elderly parents and other vulnerable individuals in their own homes to take precautions.

The nation could have spent several thousand pounds per household on provision of routine testing and in helping to implement COVID-safe measures for those shielding others, and that would still have amounted to a small fraction of the £300bn we eventually spent on our pandemic response, he argues.

Indeed, he is particularly disdainful of the neglect of “shielders”, such as care home workers and informal carers. “These people stood between the vulnerable and the virus but, for most of 2020, they got minimal recognition and received no help.”

Britain spent a fortune on suppressing the virus and will still be servicing the debt incurred for generations to come, he adds. “By contrast, we spent almost nothing on protecting the vulnerable in the community. We should and could have invested in both suppression and protection. We effectively chose just one.”

Instead, the country needs, very quickly, not to be surprised by new variants and not to respond to each one in an ad hoc fashion. “We should agree a sliding scale of interventions and trigger points for implementing them. With Omicron it all feels a bit chaotic. We need better planning and preparation for when the next variant arrives, as it surely will.”

The Guardian article – Britain got it wrong on Covid: long lockdown did more harm than good, says scientist (Open access)

Almost 12,000 people died from COVID caught in an NHS hospital in England

If a doctor barely knows who a patient is, the consequences can be profound