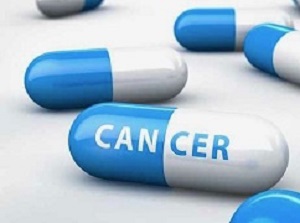 A special UK Cancer Drugs Fund (CDF) set up to help patients receive cancer drugs not routinely paid for by the NHS, spent over $1.55bn failed to 'deliver meaningful value to patients or society' and may have caused unnecessary suffering, an analysis found. 'There is no empirical evidence to support a ‘drug only’ ring fenced cancer fund relative to concomitant investments in other cancer domains such as surgery and radiotherapy, or other non-cancer medicines.'

Reuters Health reports that specialists looked at 29 cancer medicines approved for funding by the CDF in January 2015 for 47 specific cancer conditions and found only 38% were based on data showing the drugs were likely to help patients live longer.The average overall survival gain was just over three months, but it ranged from barely 6 weeks up to 15.7 months.

When other factors such as quality of life and toxic side effects of the drugs were considered as part of criteria developed by oncologists to measure value to patients, most of the drugs failed to show any meaningful clinical benefit.

"From 2010 when it started to 2016 when it closed, the Cancer Drugs Fund cost the UK taxpayer a total of £1.27bn, the equivalent of one year's total spend on all cancer drugs in the National Health Service (NHS)," said Ajay Aggarwal, an oncologist at London School of Hygiene & Tropical Medicine. "(Yet) the majority of cancer medicines funded through the CDF were found wanting," said Aggarwal, who co-led the study.

Aggarwal and his co-author Richard Sullivan, director of King's College London's Institute of Cancer Policy, also noted that when in 2015 the CDF conducted its own review of the value of drugs in its scheme, it removed them for 24 of 47 conditions. "Eighteen of these reversals were based on evidence that existed prior to the introduction of the fund – suggesting wastage of resources, but equally that drugs were given that were ineffective and probably resulted in unnecessary toxicities for patients," Aggarwal said.

The report says the CDF, which was designed to help patients receive cancer drugs not routinely paid for by the NHS, frequently ran into conflict with drugmakers over its choice of what it did and didn't consider cost effective. The CEO of the Swiss pharmaceutical firm Roche, the world's biggest maker of cancer drugs, last year called the CDF system "stupid" and said it could jeopardise drug research and development.

Sullivan said the original decision to set up the ring-fenced CDF system was taken "despite a lack of evidence" that it might improve outcomes for cancer patients. "We recommend that other countries … considering similar ring-fenced drug access funds for high-cost cancer drugs should adopt a more rational approach," he said.

The CDF closed in March 2016 because it was financially unsustainable and replaced with a new-look CDF in July 2016.

The report says the new CDF provides managed access to new cancer medicines for a limited time if the clinical and cost effectiveness of the drug is still not certain enough for it to be approved by the National Institute for Health and Care Excellence (NICE), which agrees which medicines can be funded via the NHS.

Sullivan said the new system "addresses some of the problems with the old CDF". But he still questioned whether it was fair. "Why should cancer medicines be treated in this way, and not all medicines and indeed all (medical) technologies?" he asked.

In an accompanying editorial, Dr Kapil Dhingra, managing member of KAPital Consulting, writes: "Decisions and rationalisations for reimbursement for oncology drugs are more challenging than is generally the case for non-oncology drugs." He points out that cancer drugs often provide the greatest benefit to patients in terms of survival and sometimes even a cure, when they are used early on, frequently as an additional (adjuvant) treatment, after a patient has been diagnosed with cancer. However, in order for the drugs to be used in earlier lines of therapy, they need to be tested first in more advanced cancers that have started to spread (metastasise) and where the survival benefit is likely to be much smaller and measured in weeks or months. He argues that unless some way can be found to reimburse the use of the drugs in patients with advanced cancers, then it's much more difficult to make the drugs available for adjuvant therapy.

Healthcare costs are rising for a number of reasons and the advent of personalised medicine adds to these costs, he writes. However, "cancer drug costs represent less than 1.5% of the overall healthcare costs in the US and the EU. In fact, healthcare spending on cancer in the EU as a share of total health expenditure is rather low and stable despite the growing incidence and relative burden of cancer."

He concludes: "This does not mean that we can stay passive in the face of rising healthcare costs. Rather, it argues for the continuing need for a thoughtful analysis and discussion of the key drivers of the cost and designing necessary improvements to ensure that society as a whole can benefit from the investments that it is making in biomedical innovation."

Abstract
Background: The NHS Cancer Drugs Fund (CDF) was established in 2010 to reduce delays and improve access to cancer drugs, including those that had been previously appraised but not approved by NICE (National Institute for Health and Care Excellence). After 1.3 billion GBP expenditure, a UK parliamentary review in 2016 rationalized the CDF back into NICE.
Methods: This paper analyses the potential value delivered by the CDF according to six value criteria. This includes validated clinical benefits scales, cost-effectiveness criteria as defined by NICE and an assessment of real-world data. The analysis focuses on 29 cancer drugs approved for 47 indications that could be prescribed through the CDF in January 2015.
Results: Of the 47 CDF approved indications, only 18 (38%) reported a statistically significant OS benefit, with an overall median survival of 3.1 months (1.4–15.7 months). When assessed according to clinical benefit scales, only 23 (48%) and 9 (18%) of the 47 drug indications met ASCO and ESMO criteria, respectively. NICE had previously rejected 26 (55%) of the CDF approved indications because they did not meet cost-effectiveness thresholds. Four drugs—bevacizumab, cetuximab, everolimus and lapatinib—represented the bulk of CDF applications and were approved for a total of 18 separate indications. Thirteen of these indications were subsequently delisted by the CDF in January 2015 due to insufficient evidence for clinical benefit—data which were unchanged since their initial approval.
Conclusions: We conclude the CDF has not delivered meaningful value to patients or society. There is no empirical evidence to support a ‘drug only’ ring fenced cancer fund relative to concomitant investments in other cancer domains such as surgery and radiotherapy, or other noncancer medicines. Reimbursement decisions for all drugs and interventions within cancer care should be made through appropriate health technology appraisal processes.