Unregulated US fertility industry a haven for controversial services 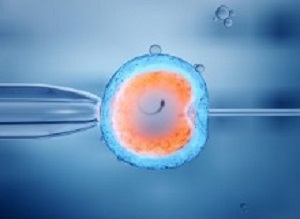 The US fertility industry remains largely unregulated and draws IVF patients from around the world seeking controversial services – not just sex selection, but commercial surrogacy, anonymous sperm donation and screening for physical characteristics such as eye colour.

Danielle Lloyd, a former Miss Great Britain and celebrity mother of four boys, wants to guarantee that her next baby will be a girl. So, she revealed in a TV interview last year, she’s planning to get pregnant through in vitro fertilisation. The Washington Post reports that the news sparked an uproar in the UK, where screening embryos for gender is prohibited at IVF clinics. Unruffled, Lloyd began checking out clinics in the few places on the planet where the service is readily available: Cyprus, the United Arab Emirates – and the US. “I can see why people are against it, and I don’t want to upset anyone,” Lloyd said. “But I can’t see myself living not having a daughter when I know it’s possible.”

The report says while many countries have moved in recent years to impose boundaries on assisted reproduction, the US fertility industry remains largely unregulated and routinely offers services outlawed elsewhere. As a result, the US has emerged as a popular destination for IVF patients from around the world seeking controversial services – not just sex selection, but commercial surrogacy, anonymous sperm donation and screening for physical characteristics such as eye colour.

This freewheeling approach has been good for business, the report says; the US fertility industry was estimated to be worth as much as $5.8bn in 2018. But as technological advances outpace any social consensus on such forms of reproductive intervention, discomfort with the hands-off status quo is rising.

In November, 2018, news that a US-educated Chinese researcher had created the world’s first gene-edited infants reignited a debate over the morality of “designer babies.” Some scientific leaders blasted the effort, which purported to make the babies resistant to HIV infection, and urged the US government to step in.

In an interview, National Institutes of Health director Francis Collins condemned the gene-editing experiment as an “epic scientific misadventure,” and said he is seeking to establish a forum for oversight and public debate about the technology and related areas of science. Collins said he also is concerned about the rise in the screening of embryos for characteristics such as intelligence, physical appearance and gender. Although editing a baby’s DNA is fundamentally different from picking and choosing among embryos created by nature, the procedures raise similar ethical questions about ma¬nipu¬la¬ting human reproduction.

“IVF clinics have had pretty free rein, and some would look at their pathway as being a bit free and easy in terms of new developments,” Collins said, adding that US clinics have “a bit of a reputation of being cowboys.”

“They help a lot of people… and that’s largely a good thing,” he said. “But one might wonder if there is a need for more oversight than we currently have.”

The report says the story of how assisted reproduction escaped regulation in the US begins in the 1990s, when national politics were riven by disputes over procreation, contraception and abortion. Abortion doctor David Gunn was killed by an antiabortion activist in 1993, and the nation’s abortion clinics were under siege.

Amid this tumult, a panel of scientists, legal experts and ethicists convened by NIH released a report in 1994 on research involving human embryos. The report called for federal funding to explore this “sensitive and vital area of biomedical science.” It also emphasised the need for regulation and voiced “serious ethical concerns” about sex selection in IVF.

Gender selection is possible in IVF through a process known as pre-implantation genetic diagnosis, or PGD. Clinicians take a single cell or a few cells from an embryo and use DNA probes to examine its genetic makeup. The report says while PGD is typically used to screen embryos for inherited diseases, it also can be used to identify embryos with characteristics parents find desirable. For example, deaf people and people with dwarfism may want children who share those traits. Other people may want a child who is a compatible tissue donor for a sick sibling. PGD does not change the embryo but helps would-be parents choose which embryos to transfer to the womb — and which to discard.

The report says the idea that embryos might be created and then destroyed as part of this new science did not sit well with religious conservatives, who believe that life begins at conception. So, in 1995, then-Representatives Jay Woodson Dickey Jr (R-Ark) and Roger Wicker (R-Miss) added a provision to an appropriations Bill that did the opposite of what the NIH paper proposed. Instead of supporting research and government regulation, it prohibited the expenditure of federal funds for any research that involves the creation or destruction of human embryos.

The amendment was intended to help skittish lawmakers navigate a touchy issue, allowing them to vote against public funding for embryo research while permitting such research to continue in the private sphere. But, the ban, which remains in effect, “laid the backdrop for a more hands-off regulatory approach,” Michelle Bayefsky, a former bioethics fellow at NIH who has written a book about PGD is quoted in the report as saying.

The report says the debate evolved very differently on the other side of the Atlantic. Like the US, the UK put together an expert panel to study assisted reproduction. The panel suggested the establishment of a public body to oversee human embryo research, regulate fertility clinics and take the lead on debates about new technologies. Parliament concurred and in 1990 established the Human Fertilszation and Embryology Authority, the first statutory body of its kind and a model emulated by other countries.

Today, the HFEA is overseen by Peter Thompson, a career government official who previously worked in the Ministry of Justice and the Cabinet Office. Thompson directs a staff of 70 that includes clinic inspectors stationed throughout the country, and oversees a board of scientists, ethicists and theologians who debate the larger issues. “Our rules are stringent enough to provide public trust, and flexible enough to allow scientists to innovate,” said Thompson, who described his agency as “a bargain between science and society.”

The report says the UK’s stance on “three-parent” babies offers an example of the HFEA’s approach. The treatment is offered only to women with serious diseases that could be transferred to a baby through mitochondria in their eggs. DNA from the mother is injected into an egg from a healthy donor. The egg is then fertilised with the father’s sperm, and the resulting embryo is genetically related to both parents.

The report says in the US, the legality of this procedure is unclear. The US Food and Drug Administration issued a warning letter in August 2017 to a New York doctor who had used the technology to help a couple afflicted by a serious inherited illness; the doctor, John Zhang, also had hoped to use it to help older women whose eggs have degraded. The FDA warning essentially brought such work to a standstill in the US.

Meanwhile, the UK in 2017 became the first country to formally license the procedure – though only for women with heritable diseases. While no babies have been born yet, Thompson said several women are undergoing the procedure at Newcastle University.

HFEA takes a similar approach to gender selection, permitting it only when a parent carries a heritable disease that affects just one sex. “These treatments are not being used for non-serious matters,” Thompson said. “These are really unpleasant illnesses. The majority of the British public feel these interventions are justifiable where harm is that great.”

The report says numerous other countries also are tightening their regulation of the fertility industry. Last year, India banned commercial surrogacy. Next year, Ireland is set to join the Netherlands, Norway, Sweden, Switzerland, Finland, New Zealand and others in prohibiting anonymous sperm donation. And a large number of countries – including China, Canada and Australia – ban gender selection except in rare cases of medical need.

The report says a decade ago, US society was similarly concerned with the moral aspect of these procedures. Jeffrey Steinberg, a fertility specialist in Encino, California, remembers the wave of outrage that arose when his clinic became one of the first to offer parents the ability to choose not only the gender of their child but also eye, skin and hair colour.

Critics accused him of practicing eugenics. Hate mail poured in from the religious right, albino support groups and others. Journalist Dan Rather camped out in his clinic parking lot. After a few weeks of chaos, Steinberg dropped the offer of cosmetic screening for pigmentation, posting a note on the clinic’s website. “Though well-intended,” it said, “we remain sensitive to public perception and feel that any benefit the diagnostic studies may offer are far outweighed by the apparent negative societal impacts involved.”

Steinberg continued offering tests for gender and eye colour, however, at his California clinic and in Mexico. Over the years, as his clientele grew, gender screening was quietly adopted by IVF clinics across the nation as a standard service.

The report says a survey published last year found that nearly 73% of US fertility clinics offer gender selection. Of those, nearly 84% offer it to couples who do not have fertility problems but are considering IVF solely to control the pregnancy’s outcome.

Political will: The vaccine against Big Tobacco in Africa