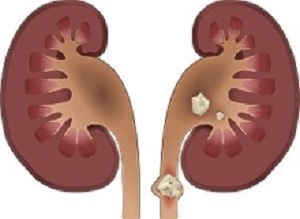 IoL reports that known as mini percutaneous nephrolithotomy surgery, this kind of surgery involves needle-puncture of the skin to get to the stones and remove them, rather than using the riskier "open" surgery where inner organs or tissue are exposed.

The KZN Health Department says patients who undergo kidney stone removal through traditional open surgery are normally hospitalised for seven to 10 days post-operation, compared to two to three days in the case of the percutaneous approach.

Dr EH Abdel Goad, who led the operation of three patients last week, said: “Our hospital carries the major burden of the management of urinary tract stones. Traditionally, percutaneous surgery (PCNL) was only done as an alternative to open surgery. However, access to the kidney was via a bigger 35f hole, due to the available instruments size."

Goad said the risk of bleeding, losing the kidney and at least some loss of nephrons was the major obstacle for such surgeries. “In the recent years, the instruments were modified to reach the smaller size of 12f (in comparison to 35f) which significantly minimised the risks associated with the traditional PCNL.

“I attended several meetings on improving the surgeries of MiniPCNL. The procedure is technically challenging. However, with the help of one of the local and international experts in traditional PCNL, Dr Haroon Patel, we were able to successfully operate on three patients. They were discharged after just two days,” said Goad.

The report says KZN Health MEC Dr. Sibongiseni Dhlomo has congratulated the team of urologists the achievement and urged the urologists to continue working hard. “I commend our team of urologists who have made this ground-breaking operation of removing kidney stones using this high technique of just inserting a needle in the skin and getting them out.

"It’s the first of its kind and we welcome it. We would want to say to our people, yes we are focusing on primary healthcare, but we are still very happy to see such procedures that use such a high level of technology.

"We thank the doctors for the good work that they’ve done. May they continue doing well and being an inspiration to others.”