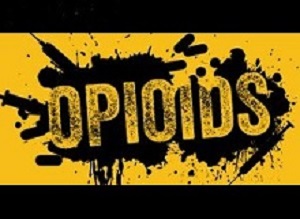 The authors of influential US guidelines for opioid prescriptions for chronic pain say that doctors and others in the health care system had wrongly implemented their recommendations and cut off patients who should have received pain medication.

“Unfortunately, some policies and practices purportedly derived from the guideline have in fact been inconsistent with, and often go beyond, its recommendations,” Stat News reports the researchers wrote. They said some health care players had used the guidelines to justify an “inflexible application of recommended dosage and duration thresholds and policies that encourage hard limits and abrupt tapering of drug dosages,” when the guidelines did not actually endorse those policies. The authors did not identify stakeholders other than clinicians who they said have misapplied their guidance, but advocates have also accused insurance companies and state agencies of using the guidelines to inappropriately withhold treatment from some patients.

The report says these comments come three years after the US Centres for Disease Control and Prevention published the prescribing guidelines, which were meant for primary care physicians treating chronic pain in adults. It follows growing appeals from patient advocates, pain doctors, and some addiction experts for the CDC to clarify that its guidelines were just recommendations.

Advocates have argued that strict limits on prescriptions were leaving patients who had been on stable dosages for years unable to stay on their regimens and sometimes pushed them to illicit opioids or even suicide.

The report says the authors of the 2016 guidelines – Dr Deborah Dowell and Tamara Haegerich of the CDC, and Dr Roger Chou of Oregon Health and Science University – said in their new essay the recommendations were not meant to be used to withhold drugs from people who need them, and outlined instances of their misapplication.

One example: The guidelines say that “clinicians should … avoid increasing dosage” to 90 or more morphine milligram equivalents per day or to “carefully justify” such a decision. That did not mean prescribers should automatically cut dosages that were already above that threshold, the authors say, “yet it has been used to justify stopping opioid prescriptions or coverage.”

“We know little about the benefits and harms of reducing high dosages of opioids in patients who are physically dependent on them,” they wrote.

Still, the researchers say patients who are able to safely decrease their doses face lower risks of overdose, and some experts believe that long-term opioid use actually increases pain sensitivity.

The report say the 2016 guidelines were meant for patients suffering from chronic pain not tied to cancer, palliative care, or end-of-life care. But in the new paper, the authors said that there were reports of them wrongly affecting care for other patients, including those with cancer or during acute sickle cell crises.

The authors also emphasise that the guidelines should not be applied to the doses of medications that are used to treat opioid addiction.

The report says in parts, the new essay reads as a defence of the guidelines, which are voluntary but have faced heavy scrutiny in the years since they were published. The authors note that their original paper features suggestions for treating patients on high-dose opioids, including how to taper prescriptions safely while minimising withdrawal symptoms. “Though some situations, such as the aftermath of an overdose, may necessitate rapid tapers, the guideline does not support stopping opioid use abruptly,” they write. They also argue that actions by some clinicians, such as halting opioid prescriptions or no longer seeing chronic pain patients, “could represent patient abandonment.”

The report says the federal guidelines were an effort by the CDC to implement safer prescribing practices among primary care physicians, who write the vast majority of painkiller prescriptions. They seem to have accelerated the decline in outpatient opioid prescribing that began in 2012, experts say.

An analysis published in 2018 by researchers at University of Michigan and Veterans Affairs Centre for Clinical Management Research, Ann Arbor, Michigan, found that in January 2012, nearly 6,600 opioid prescriptions were dispensed per 100,000 people, but that fell to 4,240 by December 2017. From March 2016 until December 2017, an estimated 14.2m fewer prescriptions were filled than if previous trends continued. There were nearly 1.3m fewer high-dose prescriptions written, as well.

The report says the new essay is not the only step taken by the CDC to clarify its guidelines. After physician groups argued that insurers seized on the guidelines to deny treatment for some patients, the agency in February wrote to the American Society of Clinical Oncology, the American Society of Haematology, and the National Comprehensive Cancer Network to acknowledge that clinicians and insurers should also consider the clinical practice guidelines each group has issued.

The US Food and Drug Administration has also announced it is providing clinicians more information about how to safely decrease doses for patients who are dependent on opioid medications.

The report says the CDC recently responded to an ad hoc group of physicians, who call themselves HP3: Health Professionals for Patients in Pain, who have urged the agency to clarify the “misapplication” of its guidelines. The group organised a letter signed by more than 300 doctors who complained the guidelines harm patients with severe pain who may have been taking high doses of opioids for years without becoming addicted.

In his reply CDC director Dr Robert Redfield wrote that the agency was “working diligently to evaluate the impact” of the guidelines and “clarify its recommendations to help reduce unintended harms.”

One former member of the CDC panel that established the guidelines, Dr. Lewis Nelson, who chairs the department of emergency medicine at Rutgers New Jersey Medical School, says the new essay is “basically, the FAQ that goes along with the policy statement.”

“It’s very clear that when the guidelines were being assembled, a lot of attention was paid to the fact that people shouldn’t be rapidly tapered off opioids, because it leads to a terrible withdrawal syndrome and complicates their lives,” he said. “But it wasn’t just doctors who misinterpreted the guidelines. It was also regulators and legislators. Unfortunately, some must have just read the bullet points.”

The report says a few of the HP3 organisers have relationships to industry. Among them is Dr Daniel Alford, a professor of medicine at Boston University, which runs a continuing medical education programme called Scope of Pain that receives backing from opioid makers. Another is Dr Richard Dart, who directs the Rocky Mountain Poison and Drug Centre and also heads the RADARS System, which tracks prescription drug abuse and is supported, in part, by subscriptions from pharmaceutical companies, including opioid makers.

The report says such ties prompted concern from Dr Andrew Kolodny, who heads the Opioid Policy Research Collaborative at Brandeis University and is executive director of Physicians for Responsible Opioid Prescribing, an education and advocacy group.

“I think the CDC is simply reiterating what is in the guidelines,” he said. “But the only thing that troubles me is they might be accepting these reports of misapplication of the guidelines as accurate, when I believe they’ve been exaggerated. There’s been an effort to ‘controversialise’ the guidelines.”