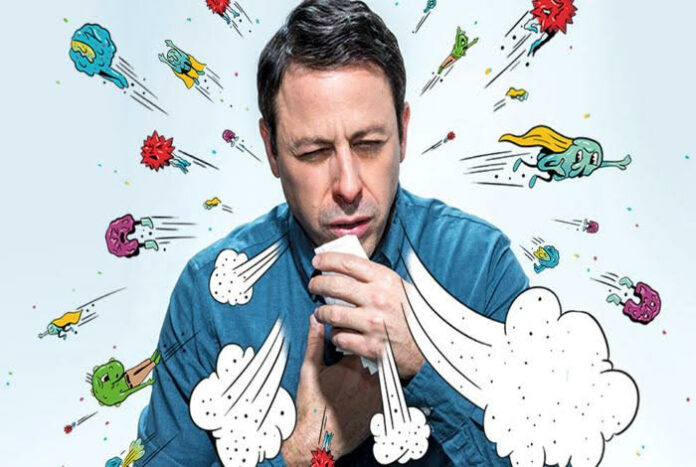 COVID-19 and related restrictions have led to unexpected health consequences worldwide, with both adults and children displaying lower naturally-acquired immunity against other diseases, making us more vulnerable in the "infection honeymoon".

While the pandemic disrupted life worldwide, other infectious diseases retreated. Now, however, viral and bacterial nuisances are returning, and behaving very differently, in some cases.

The past two winters were among the mildest influenza seasons on record, while adenovirus type 41, previously thought to cause fairly innocuous bouts of gastrointestinal illness, may be triggering severe hepatitis in healthy children.

STAT News reports that respiratory syncytial virus, or RSV, a bug that normally causes disease in winter, touched off large outbreaks of illness in children last summer and in the early fall in the US and Europe.

And now monkeypox, generally only found in West and Central Africa, is causing an outbreak in more than a dozen countries in Europe, North America, the Middle East, Australia and the UK.

These viruses are not different from previously, but we are. Because of COVID restrictions, we have less immunity, and are more vulnerable.

Marion Koopmans, head of the department of viroscience at Erasmus Medical Centre in Rotterdam, says this disruption of normal infection patterns may be particularly pronounced for diseases where children play an important role in the dissemination of the bugs.

Children are normally germ magnets and germ amplifiers. But their lives changed during COVID. Most went for long periods without attending day care, or school: they had less exposure to people outside their households, and when they did, those people probably wore masks.

And babies born then entered the world with few antibodies passed on by their mothers in the womb, because those mothers may have been sheltered from RSV and other respiratory pathogens during pregnancy, said Hubert Niesters, a professor of clinical virology and molecular diagnostics at the University Medical Centre, in Groningen, the Netherlands.

Koopmans said a study her team did looking for antibodies in the blood of young children showed the impact of what she calls an “infection honeymoon”.

“Children in the second year of the pandemic have far less antibodies to common respiratory viruses,” she said.

Such factors may explain the recent unusual paediatric hepatitis cases. Scientists think they may be partially caused by adenovirus type 41, found in many of the affected children. It’s puzzling, because the virus hasn’t previously caused this type of illness.

But scientists theorise this virus may have always been responsible for some of the small number of unexplained annual hepatitis cases. Maybe there have been more adenovirus type 41 infections over the past eight months because of increased susceptibility among children.

“Sometimes, to connect the dots of rare complications of common illnesses, you just need enough cases to put the pieces together,” said Kevin Messacar, a paediatric infectious diseases specialist at Children’s Hospital Colorado. “That could be happening with the hepatitis cases.”

The pandemic-induced disruption of normal mixing patterns means even adults haven’t been generating the levels of antibodies normally acquired through regular exposure to bugs.

How will this play out? All eyes will be trained on children’s hospitals to check for a surge in cases of a polio-like condition called acute flaccid myelitis, or AFM, thought to be caused by infection with enterovirus D68.

Messacar, who is also an associate professor at the University of Colorado, has studied AFM for eight years, since the first of a series of biennial waves of cases in 2014, 2016, and 2018.

Then in 2020, nothing. Same in 2021. So could 2022 see a higher crest of cases, because more children are potentially susceptible to enterovirus D68?

“We have four years of children who haven’t seen that virus,” said Messacar. “But when it does come back, there are more susceptible children who would not be expected to have immunity.”

Thomas Clark, deputy director of the division of viral diseases at the US Centre for Disease Control and Prevention, said people in public health have been fearing outbreaks of vaccine-preventable diseases due to many children around the world missing childhood vaccinations during the pandemic.

“We’re focused on under-vaccinated children with routine childhood immunisations because it’s the set-up for introduction of measles. But there are also many kids who haven’t had the usual viruses they might have been exposed to.”

David Heymann, who chairs an expert committee that advises the Health Emergencies Programme at the World Health Organisation, said the lifting of pandemic control measures could have helped fuel the spread of monkeypox in Europe and beyond.

Heymann, a professor of infectious disease epidemiology at the London School of Hygiene and Tropical Medicine, said the monkeypox outbreak could have been smouldering at low levels in the UK or somewhere else outside Africa for a while, but may have only come to public attention when international travel picked up again.

“Maybe this virus entered the UK two to three years ago, and was transmitting below the radar screen, (with) slow chains of transmission,” said Heymann, who worked on smallpox eradication early in his career.

While this could make for an unsettling next couple of years, things will quieten down, was the general consensus. “Once you’ve infected a number of people, herd immunity ensues and viruses disappear.”

WHO concern over global outbreak of acute paediatric hepatitis