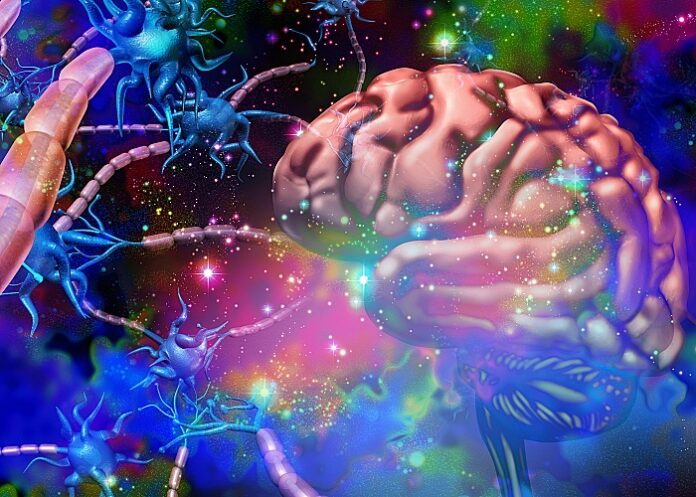 “It is exciting to have these new and positive results for non-toxic vitamins and supplements preventing potentially highly morbid diseases,” said lead author Dr Karen Costenbader, a professor of medicine at Harvard Medical School in the division of Rheumatology, Inflammation and Immunity, and the director of the lupus program at Brigham and Women’s Hospital in Boston.

“This is the first direct evidence we have that daily supplementation may reduce AD incidence, and what looks like more pronounced effect after two years of supplementation for vitamin D. We look forward to honing and expanding our findings and encourage professional societies to consider these results and emerging data when developing future guidelines for the prevention of autoimmune diseases in midlife and older adults.”

“Now, when my patients, colleagues, or friends ask me which vitamins or supplements I’d recommend they take to reduce risk of autoimmune disease, I have new evidence-based recommendations for women age 55 years and older and men 50 years and older,” said Costenbader. “I suggest vitamin D 2000 IU a day and marine omega-3 fatty acids (fish oil), 1000 mg a day — the doses used in VITAL.”

That vitamin D dosage is two to three times the recommended daily dose of vitamin D for adults, which is 600 IU for people up to 69 years old and 800 IU for those age 70 and up, according to the National Institutes of Health.  Once people had been taking vitamin D for at least two years, the prevention rate from autoimmune disorders, like rheumatoid arthritis, psoriasis, thyroid diseases and polymyalgia rheumatica, rose to 39%, according to the study

The study also found a possible link between taking 1,000 milligrams of omega-3 fatty acid (fish oil) and a reduction in autoimmune disorders, but the association was not statistically significant until possible cases of autoimmune disease, not just confirmed cases, were factored into the analysis.

However, the study did find that taking both vitamin D and omega-3 fatty acid supplements, versus the placebo alone, decreased autoimmune disease by about 30%.

People should not just run out and start popping vitamin D pills to boost their chances of avoiding autoimmune disease, Costenbader warned, as there are significant consequences to taking too much of the supplement. Unlike water-soluble vitamins, which the body can easily eliminate, vitamin D is stored in the fat cells and can build up to toxic levels, leading to bone pain and kidney damage.

Because the body makes vitamin D when the skin is exposed to sunshine, and milk and other foods like cereals are often fortified with vitamin D, many experts say healthy, younger people are not likely to require vitamin D supplements, especially in amounts over the recommended level of 600 IU/day.

Levels do drop in older age, but “I would say everybody should talk to their doctor first before taking 2,000 international units of vitamin D on top of whatever else you’re taking”, Costenbader said. “And there are certain health problems such as kidney stones and hyperparathyroidism (a rise in calcium levels), where you really shouldn’t take extra vitamin D.”

Costenbader and colleagues conducted a two-by-two factorial designed, nationwide, randomized, double-blind, placebo-controlled study of 12,786 men aged 50 years or older and 13,085 women aged 55 years or older in the US. Participants were randomly assigned to receive one of four treatment groups: vitamin D (2,000 IU/day) with Omacor omega-3 fatty acid (1,000 mg/day) supplementation, vitamin D with a placebo, omega-3 fatty acid with a placebo or placebo only. The researchers reviewed medical records to assess the incidence of autoimmune diseases from baseline to a median follow up of 5.3 years.

Among the participants, 71.3% were non-Hispanic white and 20.2% were Black. The mean age was 67.1 years. The trial did not intentionally seek a population that was vitamin D deficient, Costenbader and colleagues noted.

Because prior research has shown both vitamin D and omega-3 fatty acids derived from seafood can have a positive effect on inflammation and immunity in autoimmune disorders, Costenbader decided to use the same trial to investigate whether the supplements might prevent such diseases.

Autoimmune disease occurs when the body’s natural defence system suddenly sees normal cells as invaders and begins destroying those cells by mistake. In rheumatoid arthritis, for example, the immune system attacks the lining of joints, creating inflammation, swelling and pain.

With psoriasis, overactive T-cells, which are among the body’s best defenders, cause inflammation that creates raised, scaly patches on the skin. In Type 1 diabetes, the body’s defenders destroy the insulin-producing cells of the pancreas. There’s even some evidence to show that inflammation throughout the body might be part of the progression of Type 2 diabetes.

Autoimmune disorders can develop at any stage of life but do appear more among older adults, particularly women, Costenbader said. To date, no large randomised clinical trials (considered the gold standard of research) had investigated whether fish oil and vitamin D could actually prevent the development of autoimmune diseases.

“This is the first direct evidence in older adults that taking vitamin D or omega-3 fatty acids, or a combination, for five years reduces autoimmune disease incidence, with more pronounced effect after two years of supplementation,” Costenbader said.

At five years into the research, the study could not tease apart which of the 80 or more autoimmune diseases might benefit most from vitamin D and fish oil supplements, Costenbader said, but research is continuing. The study is now in its seventh year, she said. and more data should be released in the future.

Interventions
Vitamin D (2000 IU/day) or matched placebo, and omega 3 fatty acids (1000 mg/day) or matched placebo. Participants self-reported all incident autoimmune diseases from baseline to a median of 5.3 years of follow-up; these diseases were confirmed by extensive medical record review. Cox proportional hazard models were used to test the effects of vitamin D and omega 3 fatty acids on autoimmune disease incidence.

Mixed results from trials on cardiovascular benefits of fish oil

Little benefit from vitamin D supplements for over 70s