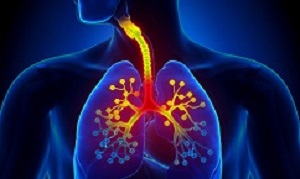 Asthma affects more than 300m people worldwide and is estimated to cause almost 400,000 deaths annually. Asthma deaths arise primarily during episodes of acute worsening of symptoms, known as attacks or "exacerbations", which are commonly triggered by viral upper respiratory infections.

Vitamin D is thought to protect against such attacks by boosting immune responses to respiratory viruses and dampening down harmful airway inflammation.

The new study, funded by the National Institute for Health Research, collated and analysed the individual data from 955 participants in seven randomised controlled trials, which tested the use of vitamin D supplements.

Overall, the researchers found that vitamin D supplementation resulted in: a 30% reduction in the rate of asthma attacks requiring treatment with steroid tablets or injections – from 0.43 events per person per year to 0.30; and a 50% reduction in the risk of experiencing at least one asthma attack requiring accident and emergency department attendance and/or hospitalisation – from 6% of people experiencing such an event to 3%.

Vitamin D supplementation was found to be safe at the doses administered. No instances of excessively high calcium levels or renal stones were seen, and serious adverse events were evenly distributed between participants taking vitamin D and those on placebo.

Lead researcher Professor Adrian Martineau said: "These results add to the ever growing body of evidence that vitamin D can support immune function as well as bone health. On average, three people in the UK die from asthma attacks every day. Vitamin D is safe to take and relatively inexpensive so supplementation represents a potentially cost-effective strategy to reduce this problem."

The team's use of individual participant data also allowed them to query the extent to which different groups respond to vitamin D supplementation, in more detail than previous studies.

In particular, vitamin D supplementation was found to have a strong and statistically-significant protective effect in participants who had low vitamin D levels to start with. These participants saw a 55% reduction in the rate of asthma exacerbations requiring treatment with steroid tablets or injections – from 0.42 events per person per year to 0.19.

However, due to relatively small numbers of patients within sub-groups, the researchers caution that they did not find definitive evidence to show that effects of vitamin D supplementation differ according to baseline vitamin D status.

Professor Hywel Williams, director of the NIHR Health Technology Assessment Programme, said: "The results of this NIHR-funded study brings together evidence from several other studies from over the world and is an important contribution to reducing uncertainties on whether Vitamin D is helpful for asthma – a common condition that impacts on many thousands of people worldwide."

Dr David Jolliffe from QMUL, first author on the paper, added: "Our results are largely based on data from adults with mild to moderate asthma: children and adults with severe asthma were relatively under-represented in the dataset, so our findings cannot necessarily be generalised to these patient groups at this stage. Further clinical trials are on-going internationally, and we hope to include data from them in a future analysis to determine whether the promise of today's results is confirmed in an even larger and more diverse group of patients."

Summary
The role of vitamin D in human health is an enigma. Associations have been reported between low serum concentrations of 25-hydroxyvitamin D (25[OH]D) and a wide range of disorders and diseases, including (but not limited to) cancer, cardiovascular disease, metabolic disorders, infectious diseases, autoimmune diseases, pregnancy-related outcomes, skeletal disorders, respiratory disease, multiple sclerosis, mental health disorders, and inflammation, as well as mortality.1,2 If causal, these associations would suggest that vitamin D deficiency can cause a substantive burden of disease and mortality, particularly in populations in which vitamin D deficiency is prevalent, and that supplementation with vitamin D could have widespread therapeutic benefits.