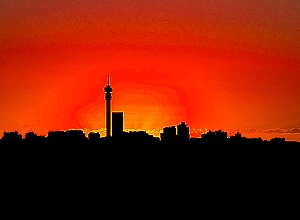 Violent unrest spilled into a Hillbrow clinic in Johannesburg at the weekend. A doctor described war-like scenes as the clinic ran out of resources and he and a colleague battled to cope with the deluge of injured people, writes Qaanitah Hunter for News24.

A six-month-old baby shot in the head, a man dying from stab wounds, patients attacking each other and a mob trying to break into the clinic.

These were the nightmarish scenes that unfolded at the clinic in central Johannesburg on Sunday, which a doctor described as "a war-like situation", according to the open access News24 story.

Dr Suhayl Essa was on duty when dozens of people were injured as a result of the mass looting and violence that gripped the Johannesburg inner city.

"It was a nightmare. There was no chance for us [doctors] to keep up with the injured patients. We were in war mode, dealing with the sickest and helping those who could be saved," he added.

He said the day started with a trickle of patients. But by 13.00 the floodgates were open as dozens of injured people poured into the clinic, reported News24.

"There were lots of lethal stabbings of foreign nationals. There were intoxicated people, and you wonder where they got alcohol from," Essa said. It was a "glimpse into hell".

Essa told News24: “Because of how many people were stabbed in the chest, we had run out of chest drains. We had to use tubes used to ventilate patients. We didn't have anything to tape IV lines so we used bandages. It felt like war. We were listening to gunshots and screams, and then people were running in for help.

As the evening progressed, the clinic ran out of resources, and the two doctors on duty were overwhelmed.

See link below for the full News24 story.