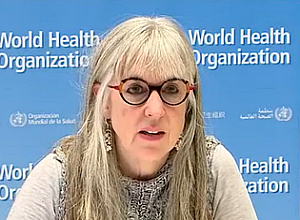 When the World Health Organization (WHO) recently called for a moratorium on giving COVID-19 booster shots except in rare circumstances, it cited vaccine inequity between the rich and poor worlds, writes STAT News. But the WHO top vaccine expert also cites sound medical reasons.

The WHO said it was concerned wealthy countries would start giving their populations a third dose before the people at highest risk from the disease — health workers and older adults — in many countries got their first. But Kate O’Brien, WHO director of immunisation, vaccination, and biologics, has insisted on an additional reason: providing booster shots without strong evidence that the shots are needed is ill-advised.

“If we’re not really grounded in that clarity, we’re going to be in a place where we forever have uncertainty about what actually should be done,” she cautioned.

In an interview with STAT, O’Brien explained her reasoning.

“In the US the use of pneumococcal conjugate vaccine is a four-dose schedule for infants. Most other countries around the world are giving either three doses or two doses of that vaccine. You have to wonder, and I do, why the US is still giving four doses of pneumococcal vaccine when demonstrably other countries have [gone to] two doses or three doses.

‘The answer is it’s a hard step for policymakers to step back from doses, because there is a trade-off. There’s almost always an incremental benefit to somebody of getting a dose more than what we’re already giving. So the policy question is when we’re expanding doses, do we have a strong evidence base on which a population-level recommendation will be made to invest those resources and ask people to go ahead and get whatever that expanded dose is?”

Pfizer-BioNTech and Moderna have suggested booster shots are going to be needed. Did this mean three doses the first time people get the vaccine, or something like a tetanus booster — an additional shot given at a later date?

“Let’s put [the one-dose] Johnson & Johnson aside because that sort of complicates things, but we’re talking about third doses here,” O’Brien told STAT.

“It’s being referenced as ‘a booster’ dose. But the timing of that dose, and the rationale that some stakeholders are making, is not about boosting. It’s actually about whether or not you need a third priming dose, for a primary series — for certain populations.”

For some vaccines, for some of the studies and for some subpopulations, there was evidence of people having a failure of the primary series and the thought that maybe a third priming dose would help, for instance, for immunocompromised people. However, the general view, she said, was that the evidence “does not speak in favour at this time of a need for advancing to third doses in a general sense”.

STAT noted that Israel has announced it is giving a third dose to everybody over 60 while Britain is starting a booster-shot campaign in early September for older adults and care home residents.

But O’Brien said, “The much more important message is we really have huge inequity right now in just getting primary doses to people.

“And what we’re really trying to say is: does a third dose need to be given? I think you can draw your own inferences about, well, wait a minute, how many [national advisory] committees have actually made this decision? It’s precious few.”

But could these decisions lock countries into giving annual shots? If they start giving a third shot in the autumn of 2021, they were quite likely to be pushed to give a fourth shot in the autumn of 2022: O’Brien said these were questions the SAGE Covid vaccine working group was deliberating on. [SAGE is the WHO’s Strategic Advisory Group of Experts on Immunization.]

“Different groups will come to different conclusions. Clearly, countries have their own country context. But what we’re really trying to say is a country may be looking at this from its own country context, but they live in a world of a global context. We need to emphasise the importance of realising we need a strong evidence base to make decisions that have implications for the whole world.

“The focus [of COVID vaccination] is on reducing serious disease, hospitalisations, and death. And when you look at the deployment of the vaccines globally, many of those vaccines have gone to people who have extremely low risk of that happening, while at the same time there are huge numbers of people who do fall into that risk group who haven’t been vaccinated. We’re just really out of kilter here,” she added.

The question was, where would the biggest impact be felt, she said.

“And the biggest impact will be assuring that everybody in that high-risk category — health workers, elderly people in every country —is protected. And people in one country are not more important than the humans in another country. I’ve worked in vaccines my whole career. I’ve worked on equity my whole career.