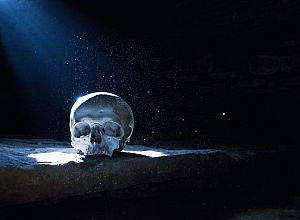 A major difficulty in stamping it out “human sacrifice” cases is finding and prosecuting  the shadowy people in the background who pay for or order such killings, writes MedicalBrief. Hence Uganda’s long-anticipated new legislation, the newly passed Prevention and Prohibition of Human Sacrifice Act of 2020.

Among other tough provisions, the new law prescribes life imprisonment for anyone found to unlawfully possess human body parts as well as “instruments associated with human sacrifice”. Apparently the most popular victims for such “ritual sacrifices” are children, because they are easier to abduct and because they are seen as “pure” and thus of higher ritual value. It also makes provision for the passing of the death penalty.

According to other accounts of the background to the new law, the exact number of such killings is not known, and though it is especially prevalent in Uganda, it also occurs in other countries in the region.

Typically, such “sacrifices” occur in response to someone’s desire to get richer, or be sure of a better job, and the numbers might spike just before an election, with some candidates believing that such a sacrifice would ensure a seat, writes legal commentator Carmel Rickard in her A Matter of Justice column. One major difficulty with stamping it out or prosecuting such cases successfully – the reason the new law was needed – is that the shadowy people in the background who pay for or order such killings are difficult to find and prosecute, and where they are found they may well be convicted of a lesser charge and be given a short term in prison.

In an earlier statement from the Uganda Parliament,  the Vice Chairperson of the Committee on Legal and Parliamentary Affairs, Hon Paul Akamba said the Committee unreservedly backed the Bill noting that currently, there is a grey area in legislation that relates to possession of human body parts considering that there is no specific law in Uganda prohibiting the possession or sale of human body organs.

“Body parts can be removed from a living or dead person, the offence of murder cannot be preferred since in most cases, there is no dead body to sustain a charge”. He stated that there was need for a specific law on human sacrifice that takes cognisance of the unique nature of the offence and provides specific ingredients of the offence which in turn will give it its correct status.

The Leader of the Opposition, Hon. Betty Aol Ocan stated that the main victims of human sacrifice are children and it sometimes because of primitive cultural beliefs. “Sometimes these people kills these children to take them to witchdoctors for wealth yet these very witchdoctors have no money,” she said.

The Minister of State for Planning, Hon. David Bahati said it is disheartening to note that human traffickers earn over US$30 billion per year in their trade. “We must therefore, uphold the principles of this law and even strengthen some of the proposals,” Bahati said.

In her column, Rickard analyses a recent Uganda Appeal Court decision on human sacrifice. “It exactly illustrates the horror of ritual human sacrifice, all the more so because one of the two victims in this case was [the applicant’s] young son, Angello. The other victim was also particularly vulnerable – a migrant worker from Rwanda named Kato. Nothing more is known about him. Not even his surname.”

Convicted of Angello’s murder, two brothers were sentenced to 47 years and nine months, and to 37 years and eight months respectively (while an uncle involved in the salying getting the lesser time because he had co-operated with the police and pleaded guilty).

“Quoting sentences passed in earlier ritual murders, the High Court had decided on the sentence the judge thought was correct, even though the father was a first-time offender, saying a strong message had to be sent to would-be perpetrators ‘of an inhuman act of child sacrifice which has become rampant in the county.’ While the father’s sentence was unaltered by the Appeal Court, the judges reduced the uncle’s sentence for killing Angello by five years. The two are, however, also serving sentences of 42 and 30 years for killing Kato; as with Angello, their motive for this murder was to carry out a ritual ‘sacrifice’ with the aim of ensuring ‘riches and having happiness in this world’.”

Malawian albinos are being kidnapped and sacrificed

The debate over a mandatory vaccine policy for South Africa