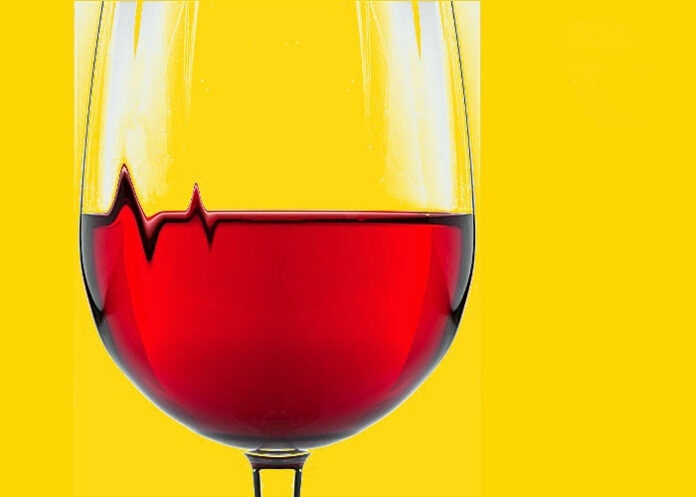 Alcohol carries significant health risks and no benefits for young people: in fact, they face higher death risks from drinking than older adults, some of whom may gain from drinking a small amount, according to the largest study of its kind.

The conclusion comes from the authors of the Global Burden of Diseases study, a rolling project based at the University of Washington in Seattle, which produces the most comprehensive data on the causes of illness and death in the world.

Four years ago the study said that even the occasional drink was harmful to health, and suggested governments should advise people to abstain entirely.

But after a major new analysis of global data, the experts behind the study have reached fresh conclusions. Young people face higher health risks from alcohol consumption than older adults, they say. But they add that adults aged 40 and older without underlying health conditions may benefit from limited alcohol consumption, such as a small glass of red wine a day, including a reduced risk in cardiovascular disease, stroke and diabetes.

Their findings, published in The Lancet, are the first to report alcohol risk by geographical region, age, sex and year. They suggest that global alcohol consumption recommendations should be based on age and location, with the strictest guidelines for men aged 15-39, who are at the greatest risk of harmful alcohol consumption worldwide.

“Our message is simple: young people should not drink, but older people may benefit from drinking small amounts,” said the senior author, Dr Emmanuela Gakidou, professor of health metrics sciences at the University of Washington’s School of Medicine. “While it may not be realistic to think young adults will abstain from drinking, we do think it’s important to communicate the latest evidence so that everyone can make informed decisions about their health.”

A total of 1.34bn people are estimated to have consumed harmful amounts of alcohol in 2020, according to the analysis of drinking habits in 204 countries.

The study found that 59% of those who drank harmful amounts were aged 15-39 – people for whom alcohol provided no health benefit and posed risks, including injuries relating to drinking or car accidents, suicides or murders. Three-quarters of harmful drinkers were men.

Researchers looked at the risk of alcohol consumption on 22 health outcomes, including injuries, cardiovascular diseases, and cancers, using 2020 Global Burden of Disease data.

Using this information, the researchers were able to estimate how much alcohol a person could drink before taking on excess risk to their health compared with someone who did not drink at all.

They found that the level of alcohol that could be consumed without increasing health risks increased throughout a lifetime. Researchers deemed a standard drink as a 100ml glass of 13%-alcohol red wine or a 375ml can or bottle of 3.5% beer.

For adults of 40 and older without any underlying health conditions, drinking a small amount of alcohol was linked to some health benefits, such as reducing the risk of ischaemic heart disease, stroke and diabetes.

But on average, the recommended alcohol intake for adults over the age of 40 remained low, peaking at 1.87 standard drinks a day. After that the health risks increased with each drink, The Lancet reported.

Separate research published in the journal PLOS Medicine recently found consumption of seven or more units of alcohol a week was associated with higher iron levels in the brain. Iron in the brain has been linked to Alzheimer’s and Parkinson’s diseases and is a potential mechanism for alcohol-related cognitive decline.

Dr Richard Piper, chief executive of Alcohol Change UK, said: “The emerging science on alcohol, over hundreds of studies over the past 20 years, is telling us clearly that alcohol is very damaging to the human body in multiple ways. We were previously unaware of this, and too many of us continue to drink as though this revolution in our knowledge hasn’t happened.

“If you care about your health, the best approach is not to drink at all. If you do choose to drink alcohol, do not exceed 14 units a week (about six pints of lager or a bottle and a half of wine), have at least three alcohol-free days a week, and never exceed more than six units in one day.”

Population-level risks of alcohol consumption by amount, geography, age, sex, and year: a systematic analysis for the Global Burden of Disease Study 2020

Background
The health risks associated with moderate alcohol consumption continue to be debated. Small amounts of alcohol might lower the risk of some health outcomes but increase the risk of others, suggesting that the overall risk depends, in part, on background disease rates, which vary by region, age, sex, and year.

Methods
For this analysis, we constructed burden-weighted dose–response relative risk curves across 22 health outcomes to estimate the theoretical minimum risk exposure level (TMREL) and non-drinker equivalence (NDE), the consumption level at which the health risk is equivalent to that of a non-drinker, using disease rates from the Global Burden of Diseases, Injuries, and Risk Factors Study (GBD) 2020 for 21 regions, including 204 countries and territories, by 5-year age group, sex, and year for individuals aged 15–95 years and older from 1990 to 2020. Based on the NDE, we quantified the population consuming harmful amounts of alcohol.

Interpretation
There is strong evidence to support recommendations on alcohol consumption varying by age and location. Stronger interventions, particularly those tailored towards younger individuals, are needed to reduce the substantial global health loss attributable to alcohol.

Background
Brain iron deposition has been linked to several neurodegenerative conditions and reported in alcohol dependence. Whether iron accumulation occurs in moderate drinkers is unknown. Our objectives were to investigate evidence in support of causal relationships between alcohol consumption and brain iron levels and to examine whether higher brain iron represents a potential pathway to alcohol-related cognitive deficits.

Methods and findings
Observational associations between brain iron markers and alcohol consumption (n = 20,729 UK Biobank participants) were compared with associations with genetically predicted alcohol intake and alcohol use disorder from 2-sample mendelian randomisation (MR). Alcohol intake was self-reported via a touchscreen questionnaire at baseline (2006 to 2010). Participants with complete data were included. Multiorgan susceptibility-weighted magnetic resonance imaging (9.60 ± 1.10 years after baseline) was used to ascertain iron content of each brain region (quantitative susceptibility mapping (QSM) and T2*) and liver tissues (T2*), a marker of systemic iron. Main outcomes were susceptibility (χ) and T2*, measures used as indices of iron deposition. Brain regions of interest included putamen, caudate, hippocampi, thalami, and substantia nigra. Potential pathways to alcohol-related iron brain accumulation through elevated systemic iron stores (liver) were explored in causal mediation analysis. Cognition was assessed at the scan and in online follow-up (5.82 ± 0.86 years after baseline). Executive function was assessed with the trail-making test, fluid intelligence with puzzle tasks, and reaction time by a task based on the “Snap” card game.

Genetically predicted alcohol use disorder was associated with serum iron and transferrin saturation. Elevated liver iron was observed at just >11 units (88 g) alcohol weekly c.f. <7 units (56 g). Systemic iron levels partially mediated associations of alcohol intake with brain iron. Markers of higher basal ganglia iron associated with slower executive function, lower fluid intelligence, and slower reaction times. The main limitations of the study include that χ and T2* can reflect changes in myelin as well as iron, alcohol use was self-reported, and MR estimates can be influenced by genetic pleiotropy.

Conclusions
To the best of our knowledge, this study represents the largest investigation of moderate alcohol consumption and iron homeostasis to date. Alcohol consumption above 7 units weekly associated with higher brain iron. Iron accumulation represents a potential mechanism for alcohol-related cognitive decline.

Unlike cigarettes, electronic nicotine delivery shows no increased risk of CVD – US study