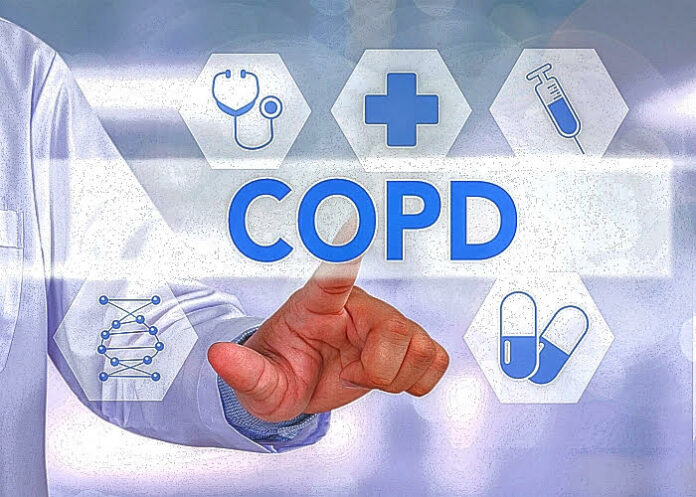 A long-term epidemiological study reveals that one of the oldest, racially-based diagnostic formulas in medicine – used globally to define the severity of COPD (chronic obstructive pulmonary disease) – is no better than a race-neutral equation, and should be changed.

The study, led by researchers at Columbia University Vagelos College of Physicians and Surgeons, was published in the American Journal of Respiratory and Critical Care Medicine.

The race-based formula is used to define the severity of COPD (chronic obstructive pulmonary disease) and diagnose other lung diseases. Though it is based on old methodology, it is still recommended for use in the United States and globally.

Because the formula includes racial adjustments in defining normal lung function, black people may be less likely to be treated with medications for COPD or diagnosed with other serious lung disorders compared with white people with the same test results on a spirometer, an instrument that measures the lungs’ air capacity. (In an accompanying paper in the same issue, UCSF researchers found that fewer black patients with COPD and other lung diseases are diagnosed correctly because of the race-based formula).

History of the formula

The history of the formula is nearly 200 years old. “The current approach to defining normal lung function goes back to the 1840s, when the inventor of the spirometer, John Hutchinson, used the spirometer to measure lung capacity in about 4,000 people and used a cross-sectional approach to define which values indicated disease and which values were normal,” said the study’s senior author, Dr R. Graham Barr, Hamilton Southworth professor of medicine at Columbia University Vagelos College of Physicians and Surgeons and chief of the Division of General Medicine at Columbia University Irving Medical Center. Barr also is professor of epidemiology at Columbia’s Mailman School of Public Health.

A similar cross-sectional study in the United States performed right after the Civil War found differences in lung capacity between “healthy” black and white military personnel. Pro-slavery physicians interpreted these observations as a biologic difference, which they used to argue in favour of slavery.

This cross-sectional approach to defining normal lung function persists to this day in the guidelines that recommend the inclusion of terms for race in the currently used diagnostic formula.

But cross-sectional studies look only at participants at a single point in time, instead of following the same people over time, which is a more modern and relevant method to determine which measurements fall in the healthy range and which may signify disease. Barr says that the cross- sectional study “was a fine and innovative approach in the 1840s, but most fields have moved on as longitudinal data became available”. For example, the thresholds used to diagnose type 2 diabetes, hyperlipidaemia, and hypertension are based upon long-term prospective cohort studies or clinical trials.

Since the early 2000s, Barr and a multi-institution team of collaborators have been following a group of several thousand patients, and amassed a trove of data on spirometry measurements and long-term development of lung disease. That data allowed them to compare the race-based formula with a race-neutral one to see which was better at predicting lung problems.

“This type of research is important to evaluate the algorithms and diagnostics that the medical community has historically used to diagnose and treat disease,” said Lisa Postow, PhD, director of the COPD/environment programme at the National Heart, Lung, and Blood Institute at the National Institutes of Health (NIH). “Accurate algorithms are essential for accurate diagnosis and appropriate treatment.”

Changing formulas could be straightforward and easy. “There is a published race-neutral equation, which we used as a comparison in this paper,” said first author Dr Arielle Elmaleh-Sachs, postdoctoral clinical fellow in the Division of General Medicine at Columbia. “The race-neutral equation is available to everyone, and it would be relatively easy to move clinical practice to make the change.”

BJSM issues statement on plagiarism by its former editor-in-chief