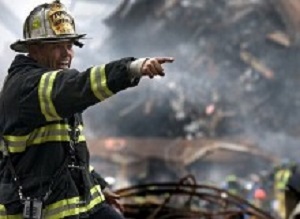 A study reports that New York City firefighters exposed to the 9/11 World Trade Centre disaster site face an increased risk for developing myeloma precursor disease (MGUS), which can lead to the blood cancer multiple myeloma. The study was conducted by researchers at Albert Einstein College of Medicine, Montefiore Health System, the Fire Department of the City of New York (FDNY) and Memorial Sloan Kettering Cancer Centre.

"With our 2011 study, we were the first to show that first responders were more likely to get many different types of cancer," said senior co-author Dr David J Prezant, a professor of medicine at Einstein, a pulmonary disease specialist at Montefiore and chief medical officer of the FDNY. "We carried out this new study to do more than just treat cancer. We wanted to find early, predictive signs of cancer that would allow us to screen people and monitor those found to be at risk. By detecting MGUS, which predicts the development of multiple myeloma, we are able to do that."

In MGUS (monoclonal gammopathy of undetermined significance), the blood's plasma cells produce an abnormal protein called monoclonal (M) protein that can be detected with blood tests. MGUS generally causes no problems but can progress to multiple myeloma, a blood cancer diagnosed in about 30,000 Americans each year. In multiple myeloma, rapidly proliferating plasma cells can crowd out the bone marrow's normal blood-forming cells, leading to problems including anaemia (shortage of red cells) and leukopenia (shortage of white cells). Most multiple myeloma cases are diagnosed in people older than 65, and only 5% of cases occur among people under 50. Half of those diagnosed with multiple myeloma are still alive five years later.

Previous studies suggest that MGUS and multiple myeloma all tend to develop after exposure to toxic chemicals. The aerosolised dust from the collapsed towers exposed FDNY and other first responders to unprecedented levels of polychlorinated biphenyls, polycyclic aromatic hydrocarbons, dioxins, asbestos and other potential carcinogens, as well as diesel smoke from heavy machinery used in the 10-month rescue and recovery effort.

"We saw a significantly higher incidence of MGUS in these first responders, and they're developing it at a young age," said the study's senior co-author Amit Verma, a professor of medicine and of developmental & molecular biology at Einstein and director of hematologic malignancies at the Montefiore Einstein Centre for Cancer Care. Their early development of MGUS, he says, suggests that these firefighters potentially face an increased risk for early-onset of multiple myeloma as well.

Although not everyone with MGUS will develop multiple myeloma, the researchers recommend that physicians screen first responders exposed to the WTC site for both conditions. "Screening for multiple myeloma risk by testing for MGUS is something we can offer these first responders, which is why this study is important," said Prezant.