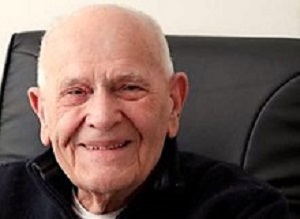 When French doctor Christian Chenay saw his first patients in 1951, penicillin was state of the art.

Reuters Health reports that now 98 years old, he is still working and opens his surgery in the Paris suburbs two mornings a week for patients, some of whom he has treated for decades.

The average retirement age for doctors in France is 67 and Chenay’s son, who also practised as one, has already given up work.

With no health woes of his own – he doesn’t even wear glasses during his consultations – Chenay said a quiet retirement had no appeal. Originally from Angers in western France, Chenay worked as a welder before becoming a doctor, ultimately qualifying as a radiologist before moving back into general practice.

His surgery does not look high tech – there is a fax machine but no computer on the desk – but Chenay says he keeps up to date with all the latest developments via his subscriptions to online medical journals. According to the report, he says a new development in his nearly seven-decade career is patients who erroneously diagnose themselves on the internet and then turn up at his surgery demanding drugs.

Many of his patients say they struggle to get appointments in Chevilly-Larue, which has 3 doctors for a population of 19,000, so they queue early to see Chenay who runs a drop-in surgery, promising to see the first 20 patients who sign up.

More recognition, accolades for Abdool Karims, with award from Japan