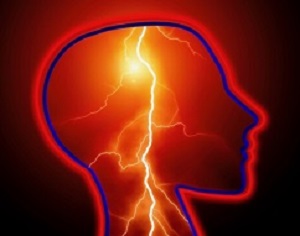 Only 10% of ischaemic stroke patients receive intravenous (IV) alteplase, a clot-dissolving medication. After one year, the patients who did not receive IV alteplase treatment had a 49% higher likelihood of death., according to at Georgia State University study.

Ischaemic stroke is the most common type of stroke. It occurs when a vessel that supplies oxygen-rich blood to the brain becomes blocked, often by a blood clot. IV alteplase was approved by the US Food and Drug Administration as a treatment for acute ischaemic stroke in 1996 and is known to reduce disability and improve functionality by restoring blood flow to the brain. Yet two decades later, less than 10% of patients receive the treatment.

The study analysed 2008-13 data from the Georgia Coverdell Acute Stroke Registry, and linked it to 2008-13 hospital discharge and 2008-14 death data in Georgia. The investigators found that one year after discharge, acute ischemic stroke patients who did not receive IV alteplase treatment had a 49% higher likelihood of death.

"Clinicians may be hesitant to administer IV alteplase because of concerns about the drug's complications, which can include bleeding," said Dr Moges Ido, the study's lead author and a part-time instructor at Georgia State's School of Public Health. "But this study indicates that unless major contra-indications are present, patients should be offered this treatment as a life-saving measure."

The study authors examined data from 9,620 patients who were treated at 48 hospitals. They excluded patients who weren't eligible to receive the treatment because of contra-indications, such as a recent history of brain surgery. Only a quarter of the eligible patients received IV alteplase.

Previous randomised studies have shown some long-term mortality reduction for patients treated with IV alteplase but the results were not statistically significant. This study demonstrates that IV alteplase is associated with reduced risk of death, and that eligible patients should be identified and treated swiftly.

Abstract
Introduction: Intravenous alteplase reduces disability and improves functionality among acute ischemic stroke patients. Two decades after its approval, only a small fraction of patients get the treatment, and demonstrating its impact on mortality may make a strong case for its wider use. This study assessed the impact of thrombolytic treatment by alteplase on 1-year mortality and readmission among acute ischemic stroke patients.
Method: The 2008–2013 Georgia Coverdell Acute Stroke Registry data were linked with the 2008–2013 hospital discharge and the 2008–2014 death data in Georgia. Multiple imputation was applied; a propensity score measuring the probability of receiving intravenous alteplase was calculated and used for matching. A conditional logistic regression was applied to compare 1-year mortality and readmission among propensity score matched pairs.
Results: Overall, 20.3% of 9620 acute ischemic stroke patients died and 22.4% were readmitted in one year. The multivariable regression result showed that patients who did not receive IV alteplase had a 1.49 (95%CI: 1.09–2.04; p-value = 0.01) times higher odds of dying at one year than those who were treated with the thrombolytic agent. Among patients discharged home, no statistically significant difference was documented in the odds of being readmitted at least once within 365 days post-stroke discharge.
Discussion and conclusion: After accounting for patient differences and missing value, intravenous alteplase is associated with reduction in long-term mortality. The results of this study suggest that patients who are identified as eligible for intravenous alteplase need to be offered the treatment.