Healthy gut is a biomarker for healthy ageing 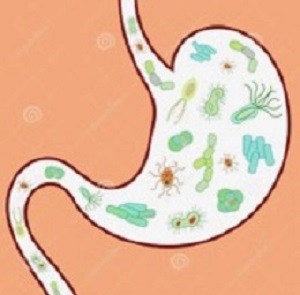 In one of the largest microbiota studies conducted in humans, researchers at Western University, Lawson Health Research Institute and Tianyi Health Science Institute in Zhenjiang, Jiangsu, China have shown a potential link between healthy ageing and a healthy gut.

With the establishment of the China-Canada Institute, the researchers studied the gut bacteria in a cohort of more than 1,000 Chinese individuals in a variety of age-ranges from 3 to over 100 years-old who were self-selected to be extremely healthy with no known health issues and no family history of disease. The results showed a direct correlation between health and the microbes in the intestine.

"The aim is to bring novel microbiome diagnostic systems to populations, then use food and probiotics to try and improve biomarkers of health," said Gregor Reid, professor at Western's Schulich School of Medicine & Dentistry and scientist at Lawson Health Research Institute. "It begs the question – if you can stay active and eat well, will you age better, or is healthy ageing predicated by the bacteria in your gut?"

The study showed that the overall microbiota composition of the healthy elderly group was similar to that of people decades younger, and that the gut microbiota differed little between individuals from the ages of 30 to over 100.

"The main conclusion is that if you are ridiculously healthy and 90 years old, your gut microbiota is not that different from a healthy 30 year old in the same population," said Greg Gloor, the principal investigator on the study and also a professor at Western's Schulich School of Medicine & Dentistry and scientist at Lawson Health Research Institute. Whether this is cause or effect is unknown, but the study authors point out that it is the diversity of the gut microbiota that remained the same through their study group.

"This demonstrates that maintaining diversity of your gut as you age is a biomarker of healthy ageing, just like low-cholesterol is a biomarker of a healthy circulatory system," Gloor said. The researchers suggest that resetting an elderly microbiota to that of a 30-year-old might help promote health.

"By studying healthy people, we hope to know what we are striving for when people get sick," said Reid.

The study also found a distinct anomaly in the group aged 19 to 24 that has not been observed in large-scale analyses of other populations and they suspect may be unique to this healthy cohort in China. The distinct gut microbiota of this group was a surprising finding and requires further study.

Abstract
The microbiota of the aged is variously described as being more or less diverse than that of younger cohorts, but the comparison groups used and the definitions of the aged population differ between experiments. The differences are often described by null hypothesis statistical tests, which are notoriously irreproducible when dealing with large multivariate samples. We collected and examined the gut microbiota of a cross-sectional cohort of more than 1,000 very healthy Chinese individuals who spanned ages from 3 to over 100 years. The analysis of 16S rRNA gene sequencing results used a compositional data analysis paradigm coupled with measures of effect size, where ordination, differential abundance, and correlation can be explored and analyzed in a unified and reproducible framework. Our analysis showed several surprising results compared to other cohorts. First, the overall microbiota composition of the healthy aged group was similar to that of people decades younger. Second, the major differences between groups in the gut microbiota profiles were found before age 20. Third, the gut microbiota differed little between individuals from the ages of 30 to >100. Fourth, the gut microbiota of males appeared to be more variable than that of females. Taken together, the present findings suggest that the microbiota of the healthy aged in this cross-sectional study differ little from that of the healthy young in the same population, although the minor variations that do exist depend upon the comparison cohort.