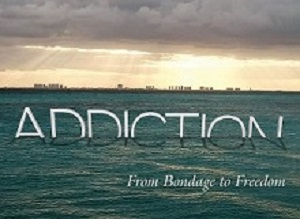 Cathy Napier’s addiction-counselling credentials are impeccable, writes Mike James for The Independent. They include directing a dependency programme at a major Dallas hospital and a New Mexico state substance abuse programme, and managing an employee assistance programme for a national railroad corporation. She got there the hard way, however.

Napier struggled with her own addiction for years, It was only after defeating her own demons that she was able to channel her hard-won understanding of chemical dependency into helping others in the fight.

Now Napier has written a book, Addiction: From bondage to freedom, in which she outlines avenues for fighting addiction. It’s a book written largely for families that struggle to understand and cope with the self-destructive behaviour of addicted loved ones.

It is a book pertinent to many families in Northeast Kentucky, where opioid addiction is an acknowledged epidemic, she believes.

The book provides a road map for families that feel confused, clueless and excluded. It offers them clues to why addiction happens and what they can do about it.

She also tells her own story, one that started in Ashland during an era many here think of as idyllic, a time of sunlit neighbourhoods, unlocked doors and kids on bikes.

Her father was a recovering alcoholic and one of her brothers eventually succumbed to cirrhosis of the liver.

Her taste for the hard stuff came early – as a preschooler with the home cough remedy her mother mixed up from honey, lemon and a touch of whiskey. “Even then, I liked the taste and the effects,” she writes. “I might have even faked a cough or two.”

Her real drinking started at 16, continued through high school, where she was kicked out of her senior prom for being drunk, and into college, where she drank heavily and dropped out.

That led to marriage and more drinking until a fateful day when she went horseback riding, fell and broke her back. She was 19.

Surgery and hospital care saved her from paralysis but introduced her to morphine and other painkillers. Soon she was addicted and stayed that way for 10 years.

She learned all the tricks addicts learn to get more drugs, doctor-shopping and displaying her surgery scars with a wince to convince physicians she was in pain.

The one thing Napier never did was steal to get drugs. Everything else was fair game.

She might never have broken free of the drugs had it not been for her doctor diagnosing pancreatitis and assuring her she would die unless she entered a detoxification programme.

She did so and then completed a recovery programme and after some time moved to Texas where, in addition to adhering to the Alcoholics Anonymous 12 steps, she took her first steps in volunteerism.

Napier is convinced that, along with her Christian faith, is what saved her. “There is hope for addicts and it lies in giving back,” she said from Tucson.

Her own path lay in working with the Jewish Federation in support of Israel. She made friends there who urged her to return to college, which she did, earning undergraduate and graduate degrees in counselling.

And that was the start of a career in which she worked with other addicts to turn their lives around. In the process, she learned to listen and talk to families too.

Some of the steps families can take are part of the clinical process of weaning and keeping an addict off drugs. Family members are integral to recovery, she believes.

And the more families know, the better they are able to help recovery work and to keep their own lives on track.

Her prescription for them also is to give. “When you look at life and what’s going on in life, the one thing that has meaning is helping another person,” she said.

* “Addiction: From Bondage to Freedom” is published by Inkwater Books and available from its website, InkwaterBooks.com or from Amazon.com, Barnes& Noble (www.barnesandnoble.com), and Powell’s Books (www.powells.com).

Digital Minimalism: Choosing a focused life in a noisy world