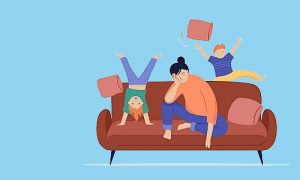 There is an association between ADHD (attention-deficit/hyperactivity disorder) and dementia in families and across generations, found a large Karolinska Institutet analysis, writes MedicalBrief. Parents of those diagnosed with ADHD had a 34% higher risk of dementia and 55% higher risk of Alzheimer’s disease.

The research was published in Alzheimer's & Dementia Journal.

“The findings suggest that there are common genetic and/or environmental contributions to the association between ADHD and dementia. Now we need further studies to understand the underlying mechanisms,” says the study's first author Le Zhang, PhD student at the Department of Medical Epidemiology and Biostatistics at Karolinska Institutet in Sweden.

ADHD (attention-deficit/hyperactivity disorder) is a neurodevelopmental disorder characterised by inattention, impulsiveness and hyperactivity. It affects an estimated three percent of adults worldwide.

The number of new ADHD diagnoses has increased dramatically in the last decades amid increasing awareness and knowledge about the disorder. However, since the diagnosis is still relatively new, there have only been a limited number of small studies on the development of dementia in people with ADHD, often with conflicting results.

In the current study, the researchers wanted to overcome this by examining to what extent older generations to individuals with ADHD were diagnosed with dementia. The study looked at more than two million people born in Sweden between 1980 and 2001, of whom around 3.2 percent were diagnosed with ADHD. Using national registries, the researchers linked these persons to more than five million biological relatives, including parents, grandparents and uncles and aunts, and investigated to what extent these relatives developed dementia.

While the study is unable to determine a cause-and-effect relationship, the researchers present several potential explanations that can be explored in future research.

“One could imagine that there are undiscovered genetic variants that contribute to both traits, or family-wide environmental risk factors, such as socioeconomic status, that may have an impact on the association,” says Zheng Chang, researcher at the Department of Medical Epidemiology and Biostatistics at Karolinska Institutet, and the study's last author. “Another possible explanation is that ADHD increases the risk of physical health conditions, which in turn leads to increased risk of dementia.”

Attention‐deficit/hyperactivity disorder and Alzheimer's disease and any dementia: A multi‐generation cohort study in Sweden.

Discussion
ADHD is associated with AD and any dementia across generations. The associations attenuated with decreasing genetic relatedness, suggesting shared familial risk between ADHD and AD.

Introduction
We examined the extent to which attention-deficit/hyperactivity disorder (ADHD), a neurodevelopmental disorder, is linked with Alzheimer's disease (AD) and any dementia, neurodegenerative diseases, across generations.

Results
Among relatives of 2,132,929 index persons, 3042 parents, 171,732 grandparents, and 1369 uncles/aunts had a diagnosis of AD. Parents of individuals with ADHD had an increased risk of AD (hazard ratio 1.55, 95% confidence interval 1.26–1.89). The associations attenuated but remained elevated in grandparents and uncles/aunts. The association for early-onset AD was stronger than late-onset AD. Similar results were observed for any dementia.

Conclusions
We found that ADHD coaggregated with AD and any dementia within families, and the strength of association attenuated with decreasing degree of genetic relatedness. Molecular genetic and family studies aiming to identify pleiotropic genetic variants and family-wide environmental risk factors contributing to both conditions are warranted. GWAS of ADHD and AD based on a larger sample size could provide the potential for unraveling shared genetic mechanisms between the disorders through linkage disequilibrium score regression and network analyses. In addition, our study highlights the importance of advancing the understanding of ADHD and cognitive decline in older age and, if verified, calls for investigation of early-life psychiatric prevention on the development of neurodegenerative diseases in older age.