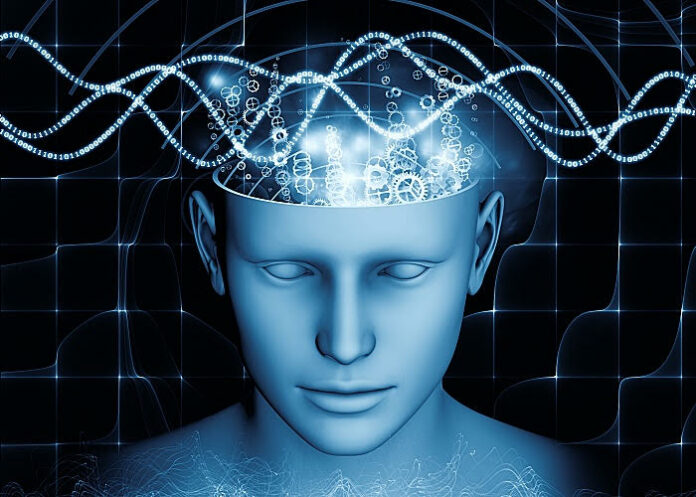 A systematic review by researchers in France, published in the journal Addiction, has found that non-invasive brain stimulation (NIBS) may improve smoking abstinence rates three to six months after quitting, compared with sham brain stimulation. Last year an international team of researchers found evidence that NIBS may reduce the number of cigarettes smoked.

In recent years, NIBS has emerged as a new therapeutic option for alcohol use disorder and other substance-related and addictive disorders, Addiction reports in news material published on 26 April 2022.

NIBS methods have showed promising results for the treatment of tobacco use disorder, but little is known about the effectiveness of NIBS on long-term abstinence.

A team of researchers from the University Hospital of Dijon in France conducted a systematic review and meta-analysis to assess the effectiveness of NIBS for long-term smoking cessation.

The team searched several scientific databases for randomised controlled trials of NIBS on adult smokers seeking smoking cessation, with follow-up of more than four weeks, and then combined the results to measure the overall effect of NIBS on smoking cessation.

The risk ratio was higher when looking at different types of NIBS or stimulation of specific parts of the brain. A high risk of bias was found in four included studies.

Lead author Dr Benjamin Petit says: “While our review appears modest, with only seven included studies, a low confidence level and a substantial inter-study variability, the results appear to be robust and we feel confident in suggesting that NIBS is a technique of interest for both short-term and sustained smoking cessation.

“In addition, we identified several scientific trials currently underway in this particular field. In the near future, NIBS might be recognised as a promising new option for assisting individuals who wish to stop smoking.”

TMS uses a metallic coil placed against the patient’s scalp. The coil generates magnetic pulses which induce brief electric currents in the cortical tissue. Depending on the frequency of the pulses, the excitability of the targeted area is either increased or decreased.

According to HealthDay News, reporting on 27 April: “This paper recognises that the basis where the addiction of tobacco dependence comes from is the most primitive parts of the brain,” said Dr Panagis Galiatsatos, a volunteer medical spokesman for the American Lung Association, and director of the Tobacco Treatment Clinic at Johns Hopkins Medicine in Baltimore in the United States. He wasn't involved in the study.

Non-invasive brain stimulation has generated a lot of interest lately, wrote journalist Steven Reinberg, with studies looking at it to treat a range of issues from pain and depression to substance abuse and tobacco dependence. But little is known about the duration of benefits for smokers after they quit.

Currently, smokers have an array of options to help them quit, including nicotine patches, counselling, hypnosis and addiction medicines. Sometimes, none are a permanent fix.

“Introduction of nicotine, especially at a young age, rewires the brain to have these conditional responses to it,” said Galiatsatos. This is why nicotine is extremely hard to quit. “Unlike taking alcohol or drugs, smoking can be done almost anywhere. To me, it is the hardest addiction to break, because it is constantly a reminder in people's everyday lives.”

Galiatsatos does not believe that non-invasive brain stimulation is for every smoker.

"It's got some merits for probably the most refractory cases, especially if they're supplemented with a really strong need to stop,” he said. “I'm thinking of my patient who had his third heart attack, is a two-pack-a-day smoker, and he just struggles to stop.”

But before Galiatsatos can give this treatment his blessing, he would like to know how long the benefit lasts and how many patients relapse, Reinberg continued in HealthDay News.

“In my clinic, the majority of patients get triggered from some emotional disturbance they've learned to cope with by the [anti-anxiety] effects of nicotine,” he said. “So what I'm curious about is, what's the relapse rate? Why do patients relapse? And once they do, does it just undo the stimulation?"

Galiatsatos believes smoking should be looked at like any disease and treated like any addiction. It's not a matter of desire and willpower, he said, but rather learning how to cope with cravings and manage the day-to-day desire to light up.

“Patients need a lot of things to align in their lives to feel like they can do it,” Galiatsatos said. “Patients relapse because no one taught them how to appropriately manage their cravings during the times where cigarettes are their stress response.”

Nicotine replacement drugs and behavioural counselling can help people reduce the need for nicotine and learn what triggers their cravings and how to cope, Galiatsatos said, Reinberg continued in HealthDay News.

“Pharmacotherapy can help to curb those cravings, but it’s behavioural modification [that is essential] – the key is mindfulness.”

Last year, a systematic review of randomised controlled trials found evidence that non-invasive brain stimulation may reduce smoking frequency – the number of cigarettes per day – in nicotine-dependent smokers, reported MedicalBrief on 11 September 2021. The study by an international team of researchers had just been published in the Addiction.

This was according to material produced by the Society for the Study of Addiction and published on 4 August 2021. The researchers are from Taiwan, the United Kingdom, Australia and Brazil.

Because nicotine can produce neuroadaptations in the brain that make it hard to quit smoking, researchers have sought ways to treat nicotine dependence with NIBS techniques that counteract abnormal brain activity associated with chronic nicotine exposure.

The review looked at 12 randomised controlled trials of NIBS methods on a combined total of 710 participants with nicotine dependence. It used a network meta-analysis technique to compare the benefits and safety of various types of NIBS.

Interestingly, none of the investigated NIBS appeared to reduce the severity of either craving or nicotine dependence, compared with the control groups. It may be that enhancement of DLPFC activity increases dopamine release, counterbalances the reward system, and helps patients cope with unaffected craving and withdrawal symptoms.

None of the investigated NIBS was associated with dropout rates significantly different from those of the control groups, suggesting that these kinds of treatments are well tolerated.

Over time, chronic nicotine exposure causes the brain to produce more receptors to handle the increased brain activity. When nicotine levels drop, such as when a smoker tries to quit, activity in the brain's reward system decreases, causing withdrawal symptoms that encourage continued smoking.

Non-invasive brain stimulation (NIBS) methods have showed promising results for the treatment of tobacco use disorder, but little is known about the efficacy of NIBS on sustained tobacco abstinence. We aimed to assess its effectiveness for long-term smoking cessation.

There were no restrictions on location. Abstinence rates in the active NIBS groups were compared with abstinence rates in sham NIBS or in usual treatment groups, from four weeks to 12 months following the quit attempt. Smoking abstinence was measured on an intention-to-treat basis and we used risk ratios (RRs) as measures of effect size.

Seven studies were included (n = 699 patients). In all included studies, the control groups were receiving sham NIBS and only data from three to six months were analysable. By pooling the seven included studies, the RR of sustained abstinence of any form of NIBS relative to sham NIBS was 2.39 [95% confidence interval (CI) = 1.26–4.55; I2 = 40%].

A high risk of bias was found in four included studies.

We also determined, using grades of recommendation, assessment, development and evaluation, that overall there was a low level of confidence in the results.