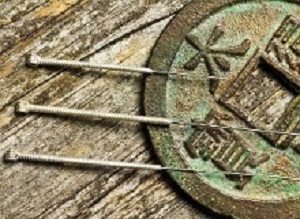 A study of over 800 Australian and New Zealand women undergoing acupuncture treatment during their IVF (in vitro fertilisation) cycle has confirmed no significant difference in live birth rates. The findings support recent guidelines from the American Society for Reproductive Medicine and two high-quality meta-analyses.

Undertaken across 16 IVF centres in Australia and New Zealand, the randomised clinical trial involved 848 women aged 18 to 42 undergoing an IVF cycle using fresh embryos between June 2011 and October 2015, whereby participants were given either acupuncture or a sham acupuncture control (a non-insertive needle placed away from the true acupuncture points).

Professor Caroline Smith, chief investigator and professor of clinical research at NICM, says the study findings reflect the efficacy of a short course of acupuncture administered around the time of ovarian stimulation and on the day of the ET.

“Although our findings do not support acupuncture as an efficacious treatment compared to sham, some studies suggest reproductive outcomes maybe improved when acupuncture is compared with no treatment.”

While a short course of acupuncture may statistically be no better than sham at improving live birth and pregnancy outcomes, a psycho-social benefit from acupuncture was reported by women undergoing IVF.

“We also examined the outcomes of psycho-social benefits in our study of which we are currently writing up in a further paper,” says co-author Professor Michael Chapman, UNSW Sydney and president at the Fertility Society of Australia. “Feeling relaxed and reporting relief from stress and women feeling good about themselves is to be welcomed for women as they undergo an IVF cycle,” he said.

Abstract
Importance: Acupuncture is widely used by women undergoing in vitro fertilization (IVF), although the evidence for efficacy is conflicting.
Objective: To determine the efficacy of acupuncture compared with a sham acupuncture control performed during IVF on live births.
Design, Setting, and Participants: A single-blind, parallel-group randomized clinical trial including 848 women undergoing a fresh IVF cycle was conducted at 16 IVF centers in Australia and New Zealand between June 29, 2011, and October 23, 2015, with 10 months of pregnancy follow-up until August 2016.
Interventions: Women received either acupuncture (n = 424) or a sham acupuncture control (n = 424). The first treatment was administered between days 6 to 8 of follicle stimulation, and 2 treatments were administered prior to and following embryo transfer. The sham control used a noninvasive needle placed away from the true acupuncture points.
Main Outcomes and Measures: The primary outcome was live birth, defined as the delivery of 1 or more living infants at greater than 20 weeks’ gestation or birth weight of at least 400 g.
Results: Among 848 randomized women, 24 withdrew consent, 824 were included in the study (mean [SD] age, 35.4 [4.3] years); 371 [45.0%] had undergone more than 2 previous IVF cycles), 607 proceeded to an embryo transfer, and 809 (98.2%) had data available on live birth outcomes. Live births occurred among 74 of 405 women (18.3%) receiving acupuncture compared with 72 of 404 women (17.8%) receiving sham control (risk difference, 0.5% [95% CI, −4.9% to 5.8%]; relative risk, 1.02 [95% CI, 0.76 to 1.38]).
Conclusions and Relevance: Among women undergoing IVF, administration of acupuncture vs sham acupuncture at the time of ovarian stimulation and embryo transfer resulted in no significant difference in live birth rates. These findings do not support the use of acupuncture to improve the rate of live births among women undergoing IVF.