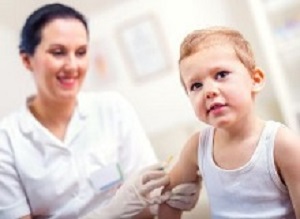 More doctors are being attacked online for recommending parents vaccinate their children as part of a coordinated effort by anti-vaccine groups. Fictitious patient reviews are just one tactic.

Dr Monique Tello was attending a medical conference last fall when a speaker on social media suggested the physicians search themselves on Google. Why not, thought Tello, an internist at Massachusetts General Hospital. According to a Boston Globe report, she was stunned by what she found. More than 100 negative one-star reviews and derogatory comments had been posted about her on popular physician rating websites. “Ignorant, and could care less about her patients,’’ she recalled one poster writing. “Danger,’’ another warned.

The report said Tello soon discovered these comments were not from people who had been her patients, she said, but instead from anti-vaccine activists. The reviews on the websites Vitals and Healthgrades began pouring in last August, soon after Tello wrote pro-vaccine commentary on another doctor’s Instagram account. “I was crushed,’’ said Tello, 46, who has about 1,100 patients in her practice.

More doctors say they are being attacked online for recommending parents vaccinate their children as part of a coordinated effort by anti-vaccine groups. Fictitious patient reviews are just one tactic; vaccine opponents have also deluged Facebook and Instagram accounts of doctors and practices, medical professionals said. The report says physician rating sites are ideal targets for anti-vaccine activists because they’re often the first place online where prospective patients get information on doctors, and there are gaps in the verification process. The companies that host online doctor ratings generally do not guarantee a commenter is actually a patient of that doctor.

Tello said that she repeatedly e-mailed the companies, but that Vitals and Healthgrades only removed the suspect reviews after she involved a lawyer. She never got through to anyone at Google, she said.

Because of this onslaught, some physicians say they know of colleagues who no longer publicly endorse vaccines. The report says this comes as the US experiences its worst measles outbreak in 25 years and some local and state governments consider tightening vaccine requirements. Other physicians have fought back, forming quick strike teams that jump online to a colleague’s defence.

A paediatric practice in Pittsburgh posted a 90-second video on its Facebook page in 2017 in which staff recommended the HPV vaccine, which protects against a sexually transmitted virus that can cause cancer. Within a week, more than 800 people posted 10,000 negative comments and reviews on the page for the practice, Kids Plus Pediatrics, and on other rating websites, CEO Dr Todd Wolynn said.

The report says in response, Kids Plus created a pro-vaccine organisation, Shots Heard Around the World, to support doctors under attack by quickly posting on their websites dozens of comments with links to scientific papers supporting the effectiveness of vaccination.

Doctors across the country have experienced onslaughts by vaccine opponents on a variety of online platforms. Dr Dana Corriel, an internist near New York City, last year posted that supplies of flu vaccine had arrived. “A war erupted on my Facebook page,’’ with hundreds of comments, many saying she was poisoning children, she said. She took down the post after five days. “They were trying to cyberbully me, and it worked,’’ she said. “I was overwhelmed.’’ By November, she felt ready to make a statement again and posted a photo of herself, left arm flexed, a bandage on her biceps post-flu shot.

The report says vaccines have been proven safe and effective, and the best way to protect children and adults from serious contagious illnesses, public health officials have long maintained. But vaccines have faced opposition since they were first introduced to protect against polio in the 1950s. The growth of online anti-vaccine groups has enabled opponents to broaden the reach of their claims that vaccines are unsafe.

Vaccination rates in the US are high overall, above 90% for most types of immunisations among kindergartners. But, the report says, there are growing pockets of children who have been granted exemptions under state laws. Hesitancy among parents to vaccinate is believed to have contributed to measles outbreaks in New York and Washington states. In Massachusetts, more than 96% of kindergartners have been vaccinated for measles; the state has had one confirmed case of the disease this year.

The report says an epicentre of the anti-vaccine movement is the Facebook group Stop Mandatory Vaccination, with more than 160,000 members. The group’s Facebook page is closed to non-members, and its founder, Larry Cook, did not respond to requests for comment about whether it coordinates mass-posting against doctors.

Last month, Facebook announced it was adopting new policies to crack down on vaccine misinformation, including taking down ads purchased by Cook, some of which referenced proven hoaxes about the supposed danger of vaccines.

Dr Sherri Tenpenny, who runs another closed Facebook group, Vaccine Choices — Fact vs Fiction, Conversations & Research, with more than 42,000 members, said she never encourages members to engage in harassment. “Vaccination has become a volatile topic and personal, retaliatory words and actions serve no one – on EITHER side,’’ she wrote in a blog post on an anti-vaccine website. But, she acknowledged, she does not control the behaviour of her members, many of whom are angry because they believe vaccines harmed their children.

Allergic reactions and other serious side effects of vaccines are “very rare,’’ according to the US Centres for Disease Control and Prevention, and immunisations do not cause autism — one of the many claims made by anti-vaccine activists.

Tello, who once worked as a doctor in rural Central America, said in the report that her views are shaped by the horrible suffering she saw in countries where unvaccinated patients, including children, suffered and died from tetanus, meningitis, pneumonia, and cancer caused by HPV. She recalled these experiences in an Instagram post last August defending Dr Jennifer Trachtenberg, a paediatrician in Manhattan. Trachtenberg had included a pro-vaccine video on her Facebook page for National Immunisation Awareness Month. “My message is simple — vaccines save lives,’’ Trachtenberg said under bright blue skies.

The counter-offense against Trachtenberg was swift and furious, with many commenters calling her a liar. According to the report, that’s when Tello and other members of Doctors on Social Media, a group started by Corriel, the New York-area internist, leapt to her defence. “If more Americans spent time in the developing world, where people without access to basic medical care are far more likely to suffer and die from preventable diseases, we would not see any opposition to vaccines,’’ Tello wrote. “I feel sorry for people who believe the unsubstantiated claims of this bizarre, illogical anti-vaccine movement.’’

Three months later, she found the blizzard of suspicious reviews during the conference in Boston. The report says Tello did not recognise any names of the supposed patients denouncing her. And the sheer volume suggested something was awry. In her prior 10 years working at Massachusetts General treating thousands of patients, she had received a total of about 10 reviews on various online rating sites. She recalls one negative review from a patient for whom she declined to recommend Vitamin D pills.

The report says Tello spent weeks e-mailing contacts listed on the websites, but did not get much response until a lawyer recommended by her malpractice insurance company got involved. Vitals temporarily suspended the review function for Tello in the beginning of the year, as did Healthgrades.

The site, which has more than 2m reviews, uses a programme that rejects posts containing any of more than 1,000 terms and phrases that include obscene, racist, sexist, and abusive language, he said. The company cannot verify that a commenter is actually a patient of the doctor, although MacFarlane said that is the long-term goal. “If the doctor says, ‘This isn’t my patient,’ we usually take their word for it and remove that review,’’ he said. “Or if they are spammed, we take those down. Because (Tello) was getting spammed so badly, we took off the review function on her site.’’

Healthgrades spokesperson Jennifer Newman said in a statement the company prohibits multiple reviews from a single address, profanity, discrimination, and comments not related to the health experience or quality of care received. “Healthgrades employs a consistent, reliable process to review for possible fraudulent review results,’’ she is quoted in the report as saying.

Tello said she is still pained by the negative comments, especially after a Mass General colleague called her several weeks ago. A patient of that doctor asked her to recommend an internist for a family member. She mentioned Tello. “Oh no,’’ she was told the patient said. “I read about her online and she has horrible reviews.’’

Tello co-moderates a new closed Facebook group, Physicians Standing Against Cyberbullying and Harassment of Physicians. And, the report says, she is now planning a research project surveying doctors about whether they are afraid to post public health messages online because of potential backlash.