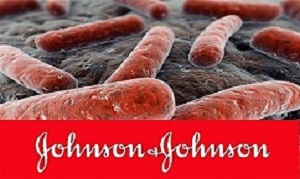 Bedaquiline-based regimens are associated with ‘striking’ reductions in mortality in patients with drug-resistant tuberculosis, University of Cape Town and Department of Health research has found.

This is according to a study by researchers at the Health Economics Unit, School of Public Health and Family Medicine, faculty of health sciences, University of Cape Town and the National TB Programme, South African National Department of Health, Pretoria, South Africa. Compared to standard regimens, use of bedaquiline reduced the risk of all-cause mortality by 75% in patients with extensively drug-resistant tuberculosis (XDR-TB) and by 65% for patients with rifampicin resistant or multidrug- resistant tuberculosis (MDR-TB).

“The results are striking and suggest that under field conditions, use of bedaquiline within a rifampicin-resistant tuberculosis treatment regimen might be associated with a lower risk of death,” write the authors of an editorial comment, Anja Reuter at Médecins Sans Frontières, Khayelitsha, Cape Town and Jennifer Furin at Harvard Medical School. “The recent decision by the South African National Tuberculosis Programme to offer bedaquiline to most people diagnosed with rifampicin-resistant tuberculosis in place of injectable drugs rings as a call to action.”

In 2012, the US Food and Drug Administration approved bedaquiline for the treatment of rifampicin-resistant tuberculosis. The drug showed high levels of efficacy in clinical trials. However, uptake has been sluggish because a phase 2 study suggested that its use was associated with an increased risk of mortality, possibly due to its side-effects. World Health Organisation (WHO) guidelines recommend the use of bedaquiline only when there is rifampicin resistance, the patient is not eligible for standard rifampicin-resistant tuberculosis therapy, or the patient has no other treatment options.

South Africa has a high burden of tuberculosis, with many cases categorised as MDR- or XDR-TB. Starting in 2013, access to bedaquiline was provided to patients with XDR-TB and in 2014 the drug was approved for the treatment of MDR-TB. In 2015, the South African National Tuberculosis Programme started rolling out bedaquiline as an additional drug to strengthen existing regimens for the therapy of rifampicin-resistant tuberculosis.

Investigators undertook a retrospective study comparing mortality rates and risk among patients with XDR- and rifampicin-resistant and MDR-TB, according to whether their regimens included bedaquiline.

They identified 19,617 adult patients treated for drug-resistant tuberculosis between mid-2014 and early 2016. The median age was 36 years. Approximately three-quarters were HIV-positive and 63% of the patients with HIV were taking ART. XDR-TB was diagnosed in 6% of patients and rifampicin-resistant or MDR-TB in 94% of individuals. Treatment outcomes were available for 87% of patients.

In patients with XDR-TB, the mortality rate was 15% among patients treated with bedaquiline, almost three times lower than the rate observed among patients who received standard regimens (40%).