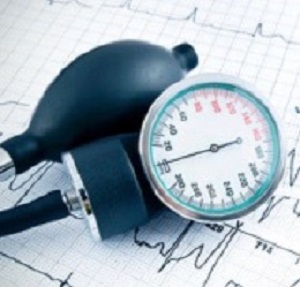 Blood pressure in the elderly gradually begins to decrease about 14 or so years before death, according to a large UK analysis.

Researchers from University of Connecticut Health and the University of Exeter Medical School in the UK looked at the electronic medical records of 46,634 British citizens who had died at age 60 or older. The large sample size included people who were healthy as well as those who had conditions such as heart disease or dementia.

They found blood pressure declines were steepest in patients with dementia, heart failure, late-in-life weight loss, and those who had high blood pressure to begin with. But long-term declines also occurred without the presence of any of these diagnoses.

"Our work highlights the importance of conducting research evaluating older patients like those seen in physician practices everywhere," said Dr George Kuchel, one of the study authors and director of the University of Connecticut Centre on Ageing at UConn Health.

However, Kuchel emphasised, "I would be very concerned if anyone were to interpret our article as suggesting that hypertension should not be treated in late life or that they should stop their blood pressure medications."

The findings should make both doctors and researchers carefully consider what dropping blood pressure really means for older patients, he added.

Doctors have long known that in the average person, blood pressure rises from childhood to middle age. But normal blood pressure in the elderly has been less certain.

Further, the evidence was clear that the declines were not due simply to the early deaths of people with high blood pressure.

More research is needed to figure out why blood pressure declines in the elderly in this way. "Observational studies such as ours need to be followed by rigorous clinical trials in order to guide clinical care guidelines," said Kuchel.

Abstract
Importance: There is mixed evidence that blood pressure (BP) stabilizes or decreases in later life. It is also unclear whether BP trajectories reflect advancing age, proximity to end of life, or selective survival of persons free from hypertension.
Objective: To estimate individual patient BP for each of the 20 years before death and identify potential mechanisms that may explain trajectories.
Design, Study, and Participants: We analyzed population-based Clinical Practice Research Datalink primary care and linked hospitalization electronic medical records from the United Kingdom, using retrospective cohort approaches with generalized linear mixed-effects modeling. Participants were all available individuals with BP measures over 20 years, yielding 46 634 participants dying aged at least 60 years, from 2010 to 2014. We also compared BP slopes from 10 to 3 years before death for 20 207 participants who died, plus 20 207 birth-year and sex-matched participants surviving longer than 9 years.
Main Outcomes and Measures: Clinically recorded individual patient repeated systolic BP (SBP) and diastolic BP (DBP).
Results: In 46 634 participants (51.7% female; mean [SD] age at death, 82.4 [9.0] years), SBPs and DBPs peaked 18 to 14 years before death and then decreased progressively. Mean changes in SBP from peak values ranged from −8.5 mm Hg (95% CI, −9.4 to −7.7) for those dying aged 60 to 69 years to −22.0 mm Hg (95% CI, −22.6 to −21.4) for those dying at 90 years or older; overall, 64.0% of individuals had SBP changes of greater than −10 mm Hg. Decreases in BP appeared linear from 10 to 3 years before death, with steeper decreases in the last 2 years of life. Decreases in SBP from 10 to 3 years before death were present in individuals not treated with antihypertensive medications, but mean yearly changes were steepest in patients with hypertension (−1.58; 95% CI, −1.56 to −1.60 mm Hg vs −0.70; 95% CI, −0.65 to −0.76 mm Hg), dementia (−1.81; 95% CI, −1.77 to −1.87 mm Hg vs −1.41; 95% CI, −1.38 to −1.43 mm Hg), heart failure (−1.66; 95% CI, −1.62 to −1.69 mm Hg vs −1.37; 95% CI, −1.34 to −1.39 mm Hg), and late-life weight loss.
Conclusions and Relevance: Mean SBP and DBP decreased for more than a decade before death in patients dying at 60 years and older. These BP decreases are not simply attributable to age, treatment of hypertension, or better survival without hypertension. Late-life BP decreases may have implications for risk estimation, treatment monitoring, and trial design.