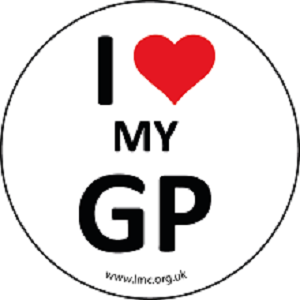 About two in five GPs in the south-west of England are planning to quit, exposing a potential doctors’ crisis in the National Health Service (NHS), reports The Guardian. A survey of more than 2,000 GPs in the region revealed the impending healthcare problems.

The report says the recently published figures showed there had been a drop in the number of GPs working in the NHS despite the government aim of recruiting 5,000 more by 2020. The survey, carried out by the University of Exeter, also found that seven in 10 GPs intended to change their working patterns in a way that would mean less contact with patients. This included leaving patient care, taking a career break or reducing their hours.

The researchers said the data provided a snapshot of low morale which, if echoed in other regions, could point to a deeper and more imminent crisis than previously anticipated in relation to the worsening shortage of GPs nationwide.

John Campbell, a professor who led the research, has called for a move away from “sticking plaster solutions” towards robust, joined-up, action to avert the crisis nationwide. Campbell, a practising GP, said: “We carried out this survey because of a nationally recognised crisis in the shortage of GPs across the country, and our findings show an even bleaker outlook than expected for GP cover, even in an area which is often considered desirable, and which has many rural communities.

“If GPs have similar intentions to leave or reduce their hours in other regions, as many are reporting, the country needs to take robust action more swiftly and urgently than previously thought.”

The report says the research team sent surveys to 3,370 GPs across the region and received responses from 2,248, with 54% reporting low morale. Campbell said: “We know that there’s an ageing workforce in general practice, with 30% of GPs being over 50 years old. Previous research has found that GP morale is low because of workload pressures, and many younger GPs do not want the financial risk and responsibilities of taking on a practice.

“Yet if the GPs we surveyed fulfil their intentions to leave or to cut back their patient contact, and no action is taken to address the issue, the south-west of England will experience a severe shortfall of GPs in the next five years.

“Whilst numerous government-led initiatives are under way to address recruitment, there is a need to address the underlying serious malaise which is behind this data.

“We are in a perilous situation in England, with poor morale of the current GP workforce, and major difficulties with recruitment and retention of GPs reflected in the stark overall reduction in the GP workforce. Reactive, sticking-plaster, approaches are not the answer.”

Campbell said GPs and their teams delivered nine in every 10 patient contacts with the NHS but attracted just seven pence in every pound of NHS spending.

“The government needs to work with the Royal College of General Practitioners, the British Medical Association and universities to obtain evidence on the causes of the problem, to develop and implement relevant strategy, and to effect fundamental change in healthcare resourcing and planning nationwide,” he said.

Abstract
Objective: Given recent concerns regarding general practitioner (GP) workforce capacity, we aimed to describe GPs’ career intentions, especially those which might impact on GP workforce availability over the next 5 years.
Design: Census survey, conducted between April and June 2016 using postal and online responses, of all GPs on the National Health Service performers list and eligible to practise in primary care. Two reminders were used as necessary.
Setting: South West England (population 3.5 million), a region with low overall socioeconomic deprivation.
Participants: Eligible GPs were 2248 out of 3370 (67% response rate).
Main outcome measures: Reported likelihood of permanently leaving or reducing hours spent in direct patient care or of taking a career break within the next 5 years and present morale weighted for non-response.
Results: Responders included 2177 GPs engaged in patient care. Of these, 863 (37% weighted, 95% CI 35% to 39%) reported a high likelihood of quitting direct patient care within the next 5 years. Overall, 1535 (70% weighted, 95% CI 68% to 72%) respondents reported a career intention that would negatively impact GP workforce capacity over the next 5 years, through permanently leaving or reducing hours spent in direct patient care, or through taking a career break. GP age was an important predictor of career intentions; sharp increases in the proportion of GPs intending to quit patient care were evident from 52 years. Only 305 (14% weighted, 95% CI 13% to 16%) reported high morale, while 1195 (54% weighted, 95% CI 52% to 56%) reported low morale. Low morale was particularly common among GP partners. Current morale strongly predicted GPs’ career intentions; those with very low morale were particularly likely to report intentions to quit patient care or to take a career break.
Conclusions: A substantial majority of GPs in South West England report low morale. Many are considering career intentions which, if implemented, would adversely impact GP workforce capacity within a short time period.