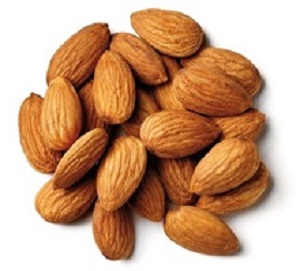 Penny Kris-Etherton, distinguished professor of nutrition at Penn State, said the study builds on previous research on the effects of almonds on cholesterol-lowering diets. “There’s a lot of research out there that shows a diet that includes almonds lowers low-density lipoprotein, or LDL cholesterol, which is a major risk factor for heart disease,” Kris-Etherton said. “But not as much was known about how almonds affect HDL cholesterol, which is considered good cholesterol and helps lower your risk of heart disease.”

The researchers wanted to see if almonds could not just increase the levels but also improve the function of HDL cholesterol, which works by gathering cholesterol from tissues, like the arteries, and helping to transport it out of the body.

“HDL is very small when it gets released into circulation,” Kris-Etherton said. “It’s like a garbage bag that slowly gets bigger and more spherical as it gathers cholesterol from cells and tissues before depositing them in the liver to be broken down.”

Depending on how much cholesterol it has collected, HDL cholesterol is categorised into five “subpopulations,” which range from the very small pre-1 to the larger, more mature -1. The researchers hoped that eating almonds would result in more -1 particles, which would signal improved HDL function.

In the controlled-feeding study, 48 men and women with elevated LDL cholesterol participated in two six-week diet periods. In both, their diets were identical except for the daily snack. On the almond diet, participants received 43 grams – about a handful – of almonds a day. During the control period, they received a banana muffin instead.

At the end of each diet period, the researchers measured the levels and function of each participant’s HDL cholesterol. The researchers then compared the results to the participants’ baseline measurements taken at the beginning of the study.

The researchers found that compared to the control diet, the almond diet increased ?-1 HDL – when the particles are at their largest size and most mature stage – by 19%. Additionally, the almond diet improved HDL function by 6.4%, in participants of normal weight.

“We were able to show that there were more larger particles in response to consuming the almonds compared to not consuming almonds,” Kris-Etherton said. “That would translate to the smaller particles doing what they’re supposed to be doing. They’re going to tissues and pulling out cholesterol, getting bigger, and taking that cholesterol to the liver for removal from the body.”

An increase in this particular HDL subpopulation is meaningful, Kris-Etherton explained, because the particles have been shown to decrease overall risk of cardiovascular disease.

Kris-Etherton said that while almonds will not eliminate the risk of heart disease, they may be a smart choice for a healthy snack. She added that in addition to their heart-healthy benefits, almonds also provide a dose of good fats, vitamin E and fibre.

“If people incorporate almonds into their diet, they should expect multiple benefits, including ones that can improve heart health,” Kris-Etherton said. “They’re not a cure-all, but when eaten in moderation – and especially when eaten instead of a food of lower nutritional value – they’re a great addition to an already healthy diet.”

Claire Berryman, postdoctoral fellow at US Army Research Institute of Environmental Medicine, and Jennifer Fleming, instructor in the College of Health and Human Development at Penn State, also worked on the study.

The Almond Board of California supported this study.

Abstract
Background: Almonds may increase circulating HDL cholesterol when substituted for a high-carbohydrate snack in an isocaloric diet, yet little is known about the effects on HDL biology and function.
Objective: The objective was to determine whether incorporating 43 g almonds/d in a cholesterol-lowering diet would improve HDL subspecies and function, which were secondary study outcomes.
Methods: In a randomized, 2-period, crossover, controlled-feeding study, a diet with 43 g almonds/d (percentage of total energy: 51% carbohydrate, 16% protein, and 32% total and 8% saturated fat) was compared with a similar diet with an isocaloric muffin substitution (58% carbohydrate, 15% protein, and 26% total and 8% saturated fat) in men and women with elevated LDL cholesterol. Plasma HDL subspecies and cholesterol efflux from J774 macrophages to human serum were measured at baseline and after each diet period. Diet effects were examined in all participants (n = 48) and in normal-weight (body mass index: <25; n = 14) and overweight or obese (≥25; n = 34) participants by using linear mixed models.
Results: The almond diet, compared with the control diet, increased α-1 HDL [mean ± SEM: 26.7 ± 1.5 compared with 24.3 ± 1.3 mg apolipoprotein A-I (apoA-I)/dL; P = 0.001]. In normal-weight participants, the almond diet, relative to the control diet, increased α-1 HDL (33.7 ± 3.2 compared with 28.4 ± 2.6 mg apoA-I/dL), the α-1 to pre–β-1 ratio [geometric mean (95% CI): 4.3 (3.3, 5.7) compared with 3.1 (2.4, 4.0)], and non–ATP-binding cassette transporter A1 cholesterol efflux (8.3% ± 0.4% compared with 7.8% ± 0.3%) and decreased pre–β-2 (3.8 ± 0.4 compared with 4.6 ± 0.4 mg apoA-I/dL) and α-3 (23.5 ± 0.9 compared with 26.9 ± 1.1 mg apoA-I/dL) HDL (P < 0.05). No diet effects were observed in the overweight or obese group.
Conclusions: Substituting almonds for a carbohydrate-rich snack within a lower-saturated-fat diet may be a simple strategy to maintain a favorable circulating HDL subpopulation distribution and improve cholesterol efflux in normal-weight individuals with elevated LDL cholesterol.