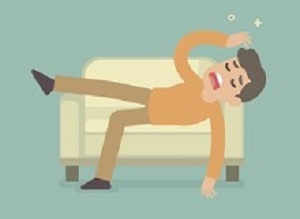 US men whose female partners are the primary bread-winners in their families are more likely to suffer from conditions such as lung diseases, ulcers and heart disease later in life. This according to a study in which nearly 2,000 couples were analysed over a period of 20 years between 1962 to 1991.

"We found strong evidence that wife-bread-winning is linked to husbands' physical health, where those who transition into this (bread-winning) arrangement early or late in life report significantly poorer physical health," said the researchers from Rutgers University in the US.

When the researchers examined specific health outcomes, they found that men to wives who became the primary bread-winners as early as their 20s and 30s were at elevated risk of heart problems, chronic lung disease and stomach ulcers.

Meanwhile, the report says, in couples who transitioned to this arrangement later in life, there was an elevated risk of stomach ulcers and a marginally increased risk of hypertension. "These results are consistent with research demonstrating that the physiological wear and tear of a chronic strain, such as falling short of the male breadwinner ideal, can trigger physiological dysregulation and cardio-metabolic health problems," the study notes.

The study also noted that social stressors like masculinity threats also may affect physical health indirectly, via the pathways of emotional distress and unhealthy coping behaviours.

Clinical pyschologist Dr Eugene Viljoen believes that these findings are not too surprising. "A big part of a man's definition of masculinity largely involves their sexual prowess but add to that their 'ability to provide for their family'," he is quoted in the report as saying.

"It's how men are socialised from a young age," pointed Viljoen, who added that this includes suggested male dominance in areas such as finances, sex and even emotions. "In fact, some men believe a woman should never earn higher than them," said Viljoen.

The researchers noted limitations of the study, which include not being able to discern the timing of onset or duration of health conditions, childhood health history which might impact on the conditions, and that they did not directly measure biological pathways through which wife-bread-winning might affect husbands' health.

Abstract
Objective: Wives increasingly out-earn their husbands, and gender relations theory suggests this arrangement may undermine men’s well-being. We explore how long-term histories of spousal breadwinning may be associated with older men’s self-rated mental and physical health, and risk of nine health diagnoses.
Method: Using 30 years of couple-level income data from the Health and Retirement Study (n = 1,095 couples), we use latent class analyses to identify six classes that differ with respect to the timing and level of wife breadwinning. We link these classes to older husbands’ later-life health.
Results: Classes that transitioned from husband breadwinning to wife breadwinning in early or later adulthood were associated with husbands’ poorer overall physical health and risk of cardiometabolic and stress-related diseases. Patterns persist net of sociodemographics, depressive symptoms, health behaviors, and adolescent health.
Discussion: Violating cultural expectations, such as the masculinity ideal of male breadwinning, is associated with older men’s poorer health.